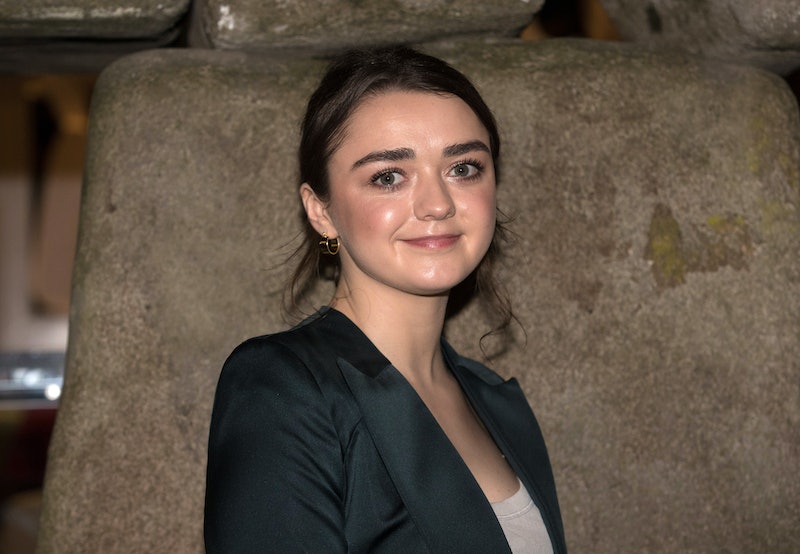 Seven kingdoms. Fighting for power. While also fighting within their kingdoms, and also a sort of like infinity amount of actual white walkers. The actors on Game Of Thrones have seen it all and it has been a pretty bumpy ride in the TV show where literally nobody is safe. But y'all, even your heroes are just like you really. For example, Maisie Williams revealed there's a Game Of Thrones WhatsApp group. Shut the actual front door. Or should I say hold the actual front door.

Williams spoke about the WhatsApp group while walking the red carpet at the Glamour Beauty Festival, The Independent reports. And y'all when I said this is another edition of "they're just like us," I was not kidding. Their group is full of the same silly stuff you and your besties love sharing.

"We have a Game of Thrones WhatsApp and people just post really funny pictures of one another from various seasons. I think there was a rule that these do not go on Instagram… but I’m definitely going to put them on Instagram".

Although Williams did not reveal which stars are in the group, with Instagram threats like that, time will surely reveal who's been up to some hardcore selfie taking. Judging by some pretty fun selfies from her co-star Lena Headey, AKA Cersei Lannister, she is a candidate for the banter filled group.

Headey may play just about one of the nastiest and most ruthless characters in Game Of Thrones. So ruthless in fact that nobody named Ruth is allowed within a five mile radius of her. Headey in reality though, by all accounts, is an outstanding human being. Williams also shared at the event how effing close she is to Headey.

"I've been close with her a long time. When I first met her she didn't have any kids and I was 12 years old and now she's a mother of two. We've been with each other for these crazy times in our lives. Knowing someone for a decade is huge and she's always treated me like a grown up. She always respected me on a real level and for that I’m so grateful".

OMG if Arya Stark could see this picture right now? Wow, thankfully social media hasn't touched the seven kingdoms as of yet.

The show is of course gearing up for the first half of its final season and y'all, the hype is massive. Understandable for a show that has consistently shocked, thrilled, and horrified viewers while also being addictive AF. The show has wrapped but obviously pre, post, and during production all those involved have been forced to stay tight lipped. Meaning that any slight tidbit gets spun into a yarn so huge that it could cross the Sunset Sea. But with stars like Sophie Turner speaking about how girls are basically on top in the last season, it looks like one of these three gals might well be the big kahuna when all is said and done.

The final season of Game Of Thrones begins on Sky Atlantic on April 14.