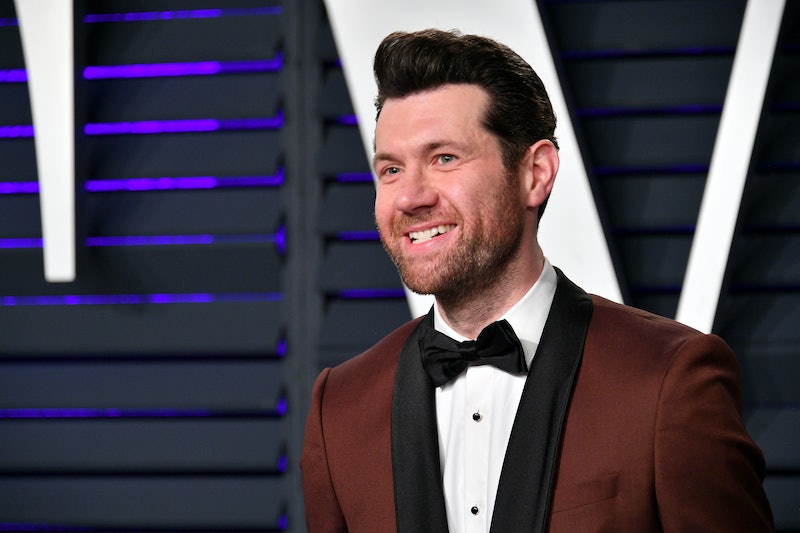 When the Duchess of Sussex was taking drama classes at Northwestern University, none of her classmates ever imagined she would eventually become a member of the British royal family — just ask another famous alum. During a recent appearance on Today with Hoda and Jenna, Billy Eichner recalled Meghan Markle joking about her acting career when the pair met at the Lion King premiere in London.

According to Entertainment Tonight, the comedian explained to the morning show hosts that he and Markle were college classmates. "Meghan and I both went to college together — we were both theater majors at Northwestern," he recalled, though he noted that, "We didn’t know each other when we were there, but we were there at the same time." So, when the pair crossed paths at the London premiere of The Lion King recently, they reminisced about the acting classes they took at their alma mater.

"In the middle of this huge royal premiere you’re looking at, right there we’re having a very casual conversation about our acting teachers at Northwestern," Eichner said. "She said to me, ‘Congrats on your career,'" he continued, before recalling Markle's sense of humor about her own acting career. "I said, 'Congrats on your career,' and she said, 'Well, things took a little turn.'"

"[It was ] a great turn! It worked out for everyone," Eichner continued, before praising Markle and Prince Harry for being so kind and approachable during their meeting. "She was lovely, and they were so cool and down to earth. You would never know that they’re royals."

The comedian has spoken quite a bit about the pressures of meeting the Duke and Duchess of Sussex for the first time, telling Jimmy Kimmel during a recent appearance on his talk show that the entire cast was terrified to meet the royals. "We were all kind of nervous, even Beyoncé," he told Kimmel. "What makes you nervous is in the days leading up to it, they email you a protocol of how you're supposed to greet Prince Harry and they're very intense about it. I'm not kidding."

Eichner joked about that protocol on Twitter on July 15, retweeting a video from costar Seth Rogen that showed the comedian practicing how to greet the Duke and Duchess. "I'm gonna say 'Pleasure to meet you.' Is that bad?" Eichner asks Rogen in the clip, before watching Keegan-Michael Key to see how he decided to greet the royals. "OMG Here I am completely freaking out to @Sethrogen about how I’m going to greet Prince Harry and Meghan I’M CRYING," Eichner wrote alongside the video on Twitter, before adding that he and Markle "talked about our @NorthwesternU acting teachers (shout out to Mary Poole and David Downs!)"

While Markle clearly still has positive memories of her time as a drama major at Northwestern, the duchess revealed in her first interview with Prince Harry that she was ready to "give up" her acting career as part of her new role as a royal. "I don't see it as giving anything up, I just see it as a change. It's a new chapter," Markle told the BBC in November 2017. "Also keep in mind, I’ve been working on my show [Suits] for seven years. We were very very fortunate to have that longevity."

And it's thanks to this "new chapter" of her life that Markle and Eichner were able to finally cross paths and reminisce about their days studying acting at Northwestern. Things really did take a turn — for the better.