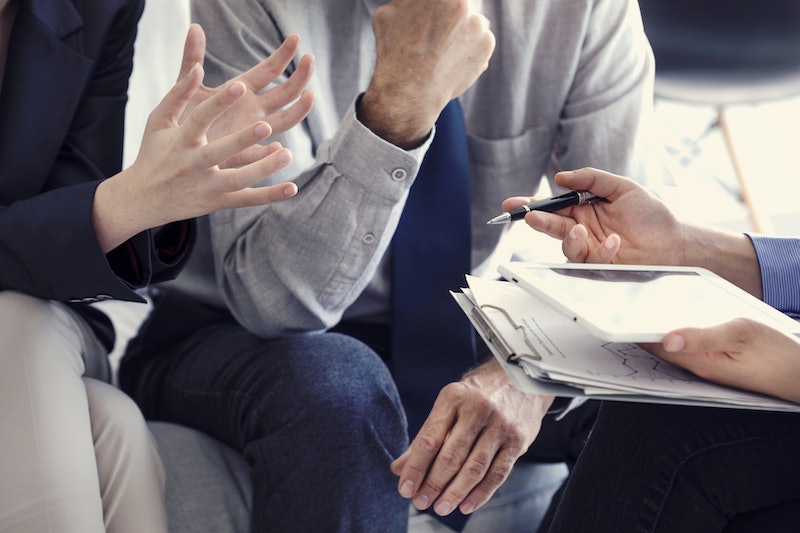 A new analysis from the New York Times sheds a discouraging light on the lack of gender diversity in positions of power, from Fortune 500 CEOs to those who fills the seats of congress. Writers Laire Cain Miller, Kevin Quealy, and Margot Sanger-Katz wrote a report for the Times showing the jobs where women are outnumbered by men named John. Once more for the people not named John in the back: there are multiple fields in which there are fewer women (a whole entire gender) than there are employees whose first name is John (just one of the literal thousands of names).

While female chief executives of Fortune 500 companies outnumber Johns in the same position, the same in not true of men named James. According to the Times analysis, women and James’ each make up five percent of the overall top executives in these companies. In 2015, a report came out showing that there are fewer women CEOs than CEOs names John in many major companies. For context, there are currently 5.3 million people named John living in the United States, according to HowManyofMe.com; there are 162 million women.

While women make up 12 percent of current Republican senators, men named John make up 14 percent. Of the current Democratic governors, 13 percent are women and 19 percent are men named John. Did you know U.S. Presidents named George outnumber female presidents? You did? Is it still a little too soon for that statistic?

John and James representation isn’t just better when it comes to government and Fortune 500 companies. Of the directors who worked on the 100 top-grossing movies of 2017, eight percent were named James or Michael. Just seven percent were women. I don’t need a chart to prove that the number of superheroes named Chris and late-night hosts named James far outnumber women in the same spot.

Are you screaming yet? Am I the only one screaming?

However, the female representation remained stagnant or even dropped in multiple fields in the past three years. Female Democratic representatives decreased from 33 percent in 2015 to 31 percent today. Twenty-six percent of cabinet members were female in 2015. Today, that number is just 20 percent. Hmm, I wonder why that could be?

It’s no secret that gender discrimination in the workforce exists from the moment someone looks at a resume. A 2016 study found that gender-blind job applications resulted in more women getting hired. This confirmed previous studies which found resumes with female names are less likely to get hired. This form of discrimination continues even when women are hired with studies finding that female employees get less credit for speaking up at work than their male counterparts and research showing that implicit bias affects women’s ability to move up in the workplace. Representation is even worse among women of color as our culture continues to discriminate against names that don’t sound white or male. The lack of representation at the top is quite literally the tip of the discriminatory iceberg.

Focusing on name representation may sound silly and, well, it should when the results are what they are: men named James currently have better representation in positions of power than all women do. This latest report confirms what many women already know to be true: we need to do better for a group that makes up such a significant part of the population. I mean, what’s a girl gotta do to get as good of a treatment as a dude named John?