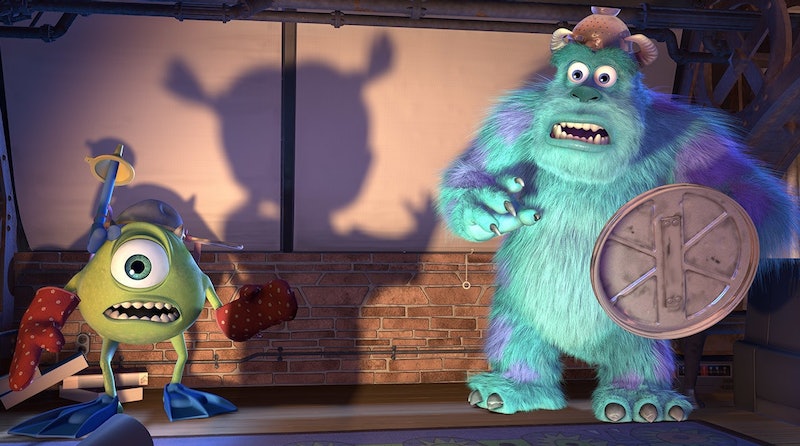 Get ready because Sulley and Mike Wazowski are preparing to shake up Montropolis once again. On Tuesday (April 9), Pixar and Disney announced that Monsters, Inc. is getting a TV show next year. Your favorite monsters are gearing up to scare up some laughs in a new series for Disney's upcoming streaming service that will introduce a few new characters and finally give fans a peek behind the Laugh Floor curtain.

Monsters At Work, which premieres on Disney+ in 2020, will pick up six months after Monsters, Inc. in which the power plant realized using laughter, not screams is a better way to power the city. And it's all thanks to Mike and Sulley, of course, who are in the comedy business now. No surprise, some of Metropolis' other residents are now working on their standup.

According to Disney's press release, the animated series, which will feature original stars Billy Crystal (Mike) and Sulley (John Goodman), follows Tylor Tuskmon (Superstore's Ben Feldman), "an eager and talented young mechanic on the Monsters, Inc. Facilities Team (MIFT) who dreams of working his way up to the factory Laugh Floor to become a Jokester alongside his idols Mike and Sulley."

Along with these new monsters, Monsters At Work will include old faves like Jennifer Tilly as Celia Mae, Mike's snake-haired girlfriend, and Pixar lifer John Ratzenberger as Yeti, who may or may not still be working in the mailroom. He'll also play a new character named Bernard. And for those who love Roz, Montropolis' best administrator with the best voice, Monsters At Work will introduce fans to her twin sister Roze.

Along with Monsters At Work, Disney+ will also be the home of the new Star Wars series, The Mandalorian. The live-action series is set in the years following Return Of The Jedi, "after the fall of the Empire and before the emergence of the First Order." And as the title suggests, it'll focus on the Mandalorian, a bounty hunter, played by Pedro Pascal, that has a connection to the Fett family.

Disney+ is also planning a High School Musical TV series called High School Musical: The Musical that will follow students of East High as they attempt to put on their first High School Musical production. The 10-episode series, which will be shot documentary-style, is sure to bring the drama. Not to mention the music. The series is promising fans will hear new music alongside the original HSM hits.

According to Deadline, Disney+ will also have access to "Disney’s film library of nearly 500 films, and 7,000 episodes from the TV library" including Pixar, Star Wars, and all of the Marvel films. So yes, when you're not busy watching the lovable one-eyed green monster Mike show off his new stand-up, you'll be able to keep yourself very busy.