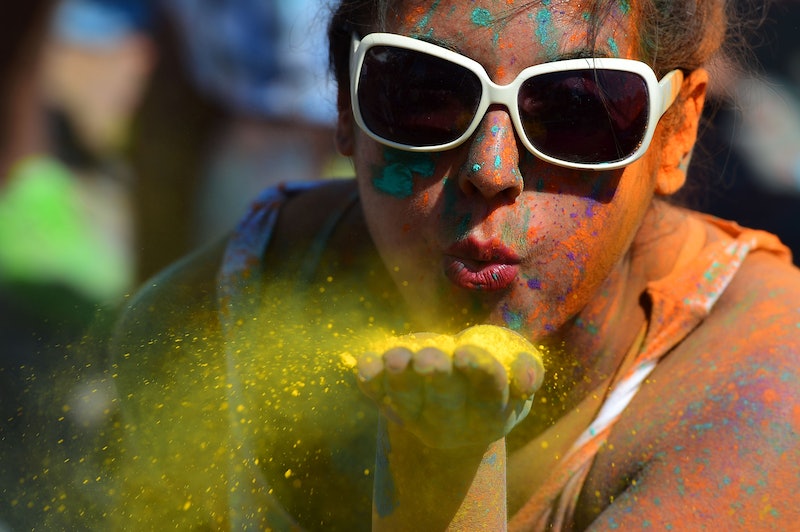 What generation has the most self-identified people who are openly LGBT? Millennials take the cake here; as Claire Landsbaum explains at Science of Us, they account for nearly 60 percent of all openly LGBT adults. This number is not too surprising considering that across the globe, more young people are comfortably identifying on the queer spectrum than ever before. In the UK, for example, a 2015 survey reported that roughly half of Millennials identify somewhere on the LGBT spectrum.

This may have to do with strict social norms that provide for more sexual fluidity and experimentation for women than for men, or the sexualization of female same-sex relationships as seen in media and pornography.

It's also important to note, of course, that when we talk about openly identifying as LGBTQ, the distinction is that some people may be LGBTQ, but are not out. Even though the Gallup poll is self-identifying and self-reported, many people may still be reticent to list their sexual orientation or gender identity, for fear of being fired from a job, losing housing, or facing family or social isolation — all of which are among the very real struggles still faced by LGBTQ people today. Sadly, it's also common for people to feel internalized homophobia or transphobia as they struggle to come to terms with their orientation.

Overall, I think it's great to see that more people are openly identifying as queer than ever before. Hopefully both older and newer generations will follow suit with Millennials and come out when they're ready — and hopefully our society will be warm and welcoming when they are.