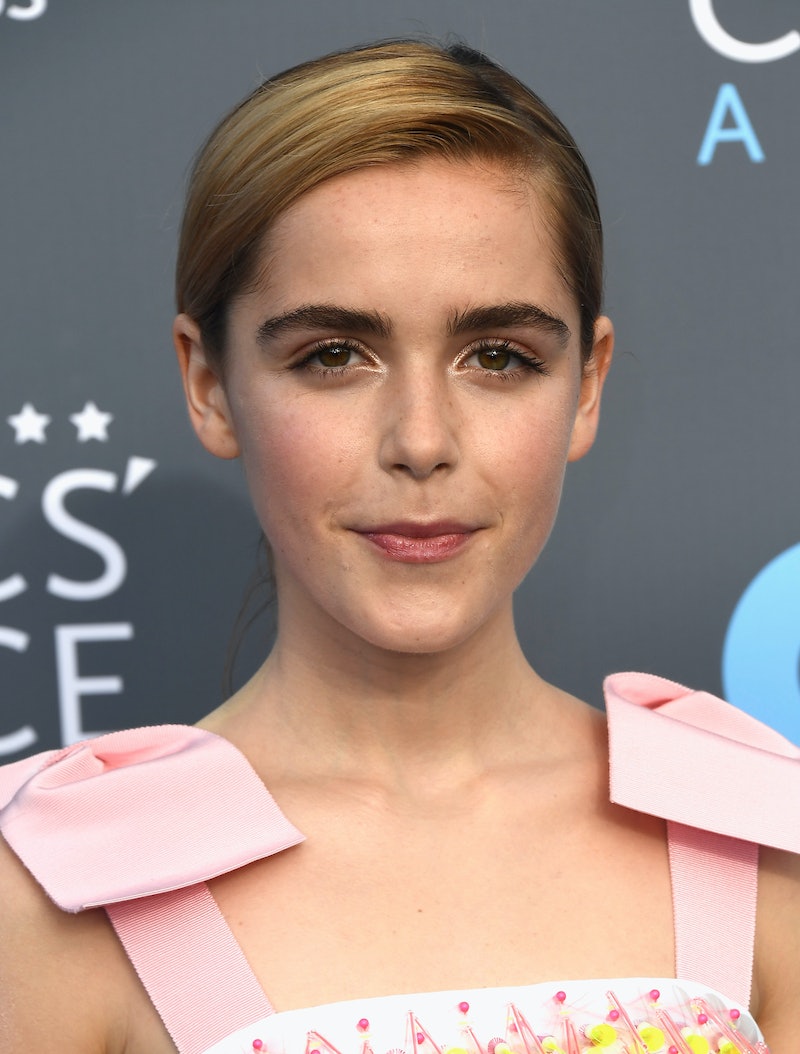 It may be months until Halloween, but Netflix is ready to put a spell on you. On Wednesday, May 2, the highly anticipated Sabrina the Teenage Witch reboot revealed its official title. The new series will be called Chilling Adventures of Sabrina, which is a tip of that hat to the comic book series of the same name by Roberto Aguirre-Sacasa. The show will be based off Aguirre-Sacasa's dark graphic novels and will star Mad Men's Kiernan Shipka as high school student, and witch, Sabrina Spellman.

As the title "chilling adventures" might imply, this version of the beloved character isn't as goofy and lighthearted as the one previously played by Melissa Joan Hart in the '90s sitcom Sabrina the Teenage Witch. Aguirre-Sacasa is also the showrunner of CW's Riverdale, which is also another series based on Archie Comics (Sabrina is a character from the Archie universe). Riverdale has not shied away from subverting teen drama tropes (or murder) so it stands to reason that this series from the same creator will also be more violent and dark than previous adaptations.

Aguirre-Sacasa revealed the title on Twitter on Wednesday, as well as a picture of Shipka as the titular character. He added to his caption, "Something wicked this ways comes...", a reference to the ominous witches in Shakespeare's Macbeth.

Don't let the Goosebumps-esque lettering in "SABRINA" above fool you — this show is not for young kids, even if they're aren't scaredy cats. Netflix described the show on its press site as:

Both Rosemary's Baby and The Exorcist frequently top lists as some of the scariest movies of all time. Both also involve female characters falling prey to Satan himself. If its tonally like either of those, it will leave some viewers scared to go to sleep.

But that being said, it's not all doom and gloom. Riverdale writer Brian E. Paterson wrote on Twitter that Aguirre-Sacasa's original comic book series is "equal parts disgusting, witty, hilarious, and heartfelt." So it sounds like it has a lot in common with Riverdale on that point.

The series will also include other beloved characters from Sabrina Spellman's canon. The teenage witch's aunts Zelda and Hilda have already been cast. Miranda Otto (Lord of the Rings) will play Aunt Zelda, while Lucy Davis (Wonder Woman) will play Aunt Hilda. According to Deadline, Aunt Hilda will reportedly be nurturing and funny like Caroline Rhea's portrayal of the character in the '90s version — she'll even concoct love potions for the students in Sabrina's class. Meanwhile Sabrina's more stern guardian, Aunt Zelda, will also have a religious bent to her — she is said to be a devout worshiper of the Dark Lord. Former Disney star Ross Lynch (Teen Beach Movie, Austin & Ally) will play Sabrina's love interest Harvey Kinkle.

According to Cosmopolitan, the cast is rounded out with Michelle Gomez (Doctor Who) playing a villain character, Chance Perdomo as Sabrina's warlock cousin Ambrose Spellman, and Richard Coyle (Coupling) as Father Blackwood, a high priest in the Church of Night.

According to the Hollywood Reporter, Netflix gave the show a straight-to-series order of two seasons, 20 episodes. So it seems like the streaming service believes it has a winning potion with this series.