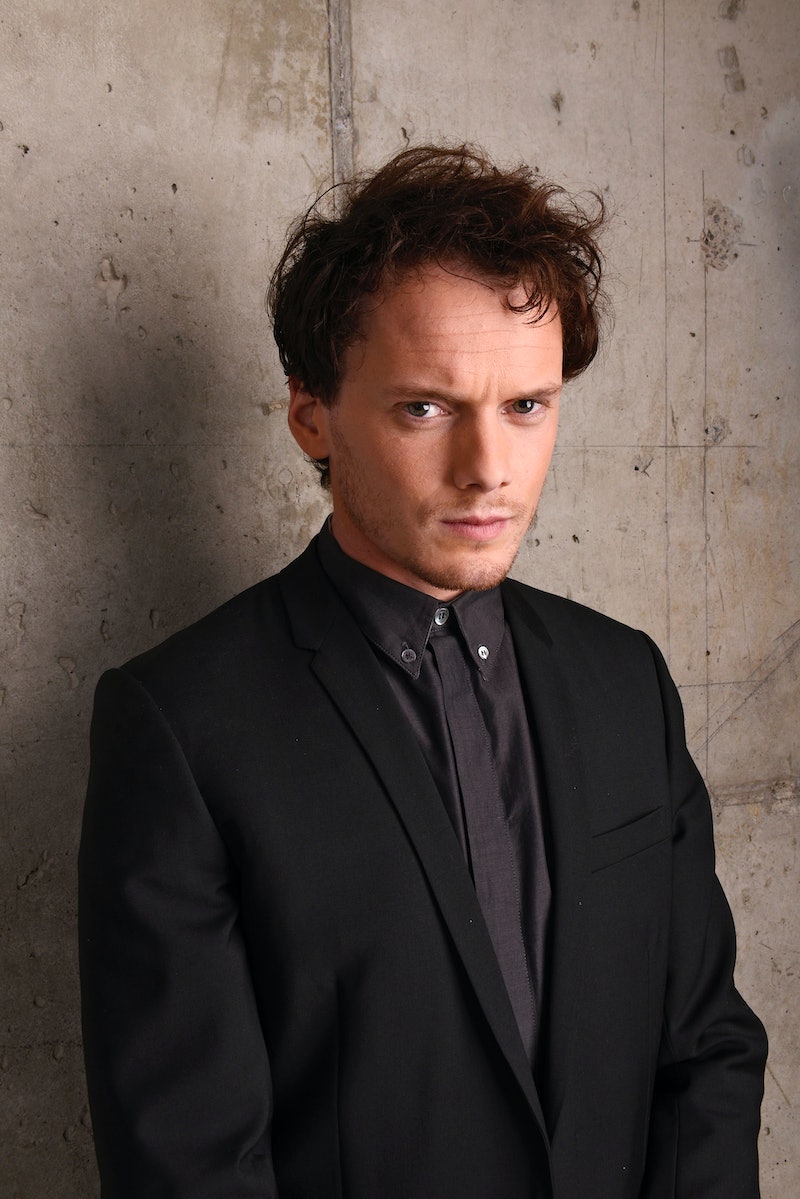 When you're a teenager, the whole world seems to throw itself at you at once, and for the first time it's your responsibility to decide which parts of it stick. For me — aggressively nerdy, pent up, socially awkward teenage me — one of the pieces that definitively stuck was my massive, unrepentant crush on one Anton Yelchin.

It started, as a lot of things do for me, with a nerdy franchise: I saw the Star Trek reboot six times in theaters during the summer of 2009, and by view number three, I was hooked. It wasn't easy to stream movies in those days, so I methodically bought all of Anton Yelchin's as DVDs on Amazon and forced my little sisters to watch through his entire career with me that summer before I started college, from Alpha Dog to Charlie Bartlett, from Fierce People to Along Came A Spider, and every movie and guest TV show appearance in between.

I couldn't explain the obsession very eloquently at the time, and doubt if I will fully do it justice even now. It wasn't just a crush; it was a deep-seated admiration. There was something so innate, so addicting in the way he acted with his whole self, unflinching and unapologetic; something in the way he gravitated toward roles that broke down the narratives of toxic masculinity, and tapped into a part of himself that seemed to transcend not just societal standards, but the standard of what a teenage boy — and later young man — was "supposed" to look like on screen.

The admiration manifested in all the usual cliché ways. I begged my mom to buy me a poster of Chekov, which was proudly displayed in my college bedroom for four solid years. I joined LiveJournal groups full of girls who were also semi-stalking his career, and downloaded all the fan mixes based on the characters he'd played. I posted statuses up in arms when I decided that there wasn't nearly enough of him in the Star Trek sequel reboot as if I had been personally wronged by Paramount Pictures.

I grew out of the obsession — I'm nearing 26 now, a full eight years from when it first began — but never the admiration. For a time I had harbored dreams of being a performer, and even in the moments I believed it could happen, I knew it would never happen to the extent of that. Yelchin was born under some ridiculous star, destined to act the way the rest of us are destined to breathe — it seemed ridiculous, given his ability, that there could ever be a universe he gravitated to something else.

The day that Anton Yelchin died on I was on a bus from Washington, D.C. to New York City, driving up to my new home from a trip back to my old one. I opened my phone to missed text messages from nearly a dozen people, some I hadn't heard from in years. (You have to understand; the obsession was so prolific that not a person I met within a year of its beginning did not know Anton's name.) And I acknowledge that it is ridiculous — that strange, personal, acute grief that we feel for celebrities, despite never actually having known them — but after the shock wore off and I realized it wasn't some kind of a hoax, I shoved my hood over my head, stared out the window, and cried for the entire four hour drive.

There were plenty of reasons to cry about it. He was far too young. The circumstances were far too ridiculous. I remember I just kept thinking to myself, in some irrational way, They can just undo it. Honestly, who walks out of their car to get the mail and dies? It was preposterous. It was a massive, unforgivable waste. It hung like some inescapable cloud over my head for weeks, in that way it does when someone so close to your age who means so much to you dies for seemingly no reason at all — is life really that random? Is death really that careless, that chaotic? If it can happen that fast and that stupidly, are any of us ever, at any given point in our lives, truly safe?

It's made all the worse the more that you know about it: his parents were nationally ranked figure skaters, and came to the U.S. as refugees from the Soviet Union when he was a baby. He was their only child. They left everything behind to give him the opportunities he had, and then — ridiculously, impossibly — he beat all the odds, and actually made it as an actor. He did it for a living. He was on the brink of becoming a massively famous household name; the hard part was supposed to be over.

By Anton Yelchin's death, we had already started to acknowledge as a country that 2016 was a terrible year. We couldn't have known then that, in a lot of ways, the storm was only just beginning; we all stand now on the other side of it in a 2017 we couldn't have fathomed, the country led by a man who seems motivated primarily by selfishness and greed, a man who has no appreciation for the struggles and needs of refugees like Yelchin's own parents in 1989 or seemingly any other marginalized group at the mercy of his legislation.

There has really been no one single appropriate way to react to what's been happening. We protest. We post online. We get drunk and talk about it even though before we got drunk we promised ourselves we wouldn't. But the one thing that unites everyone is that profound and unshakeable sense of How did this happen? How did we get from point A to point B? How does this make any sense?

Anton Yelchin wasn't as famous as David Bowie, or Alan Rickman, or Muhammad Ali — the famous deaths that preceded his that year. And as far as celebrity deaths go, the sensationalism of his seemed entirely pegged to its freakish nature, and not the legacy that he certainly deserved — one that, given the chance, would no doubt have been lengthy and unmatched. But in a subtle, more profound way, his death more than any other "famous death" of that year set the tone for the true 2016, and for what would follow: the confusion, the hopelessness, the fear. The lack of control. The world we are contending with now, where personal beliefs and morals do little good against the driving forces in our government. The How did this happen? never really went away. It just took a different, larger, far more sinister shape.

I'm a writer — even when it wasn't my profession, I've always felt compelled from my heart. I stayed silent after Anton Yelchin's death the same way I wished I could during Trump's run for office, and his eventual win; it was too scary to write about, somehow both too personal and so much bigger than I was at the same time. A year after Yelchin's death, we are all decidedly different people now than we were then; a year after his death, I could not have imagined then living in the country that I live in now, or all the countless times I have sat in front of a keyboard and had to write about the very thing that unsettles me in the deepest part of my bones. I wish I could say I can write about Trump now because I've become better at it from some professional standpoint; the truth is, there's simply no time left to be afraid anymore.

I think at the time I wanted to wait to write about Anton Yelchin's death until I could make some sense of it, and craft it into something meaningful — for his sake, and for his other fans. But even though there is an indescribable magnitude of difference between a celebrity death and the election of our 45th president, there is one truth of Yelchin's death, and and it is the same truth of everything that has happened since: it doesn't make sense. It isn't meaningful. Sometimes the world reminds you in brutal ways that we simply have no control.

What I can do is use the crude points of reference Yelchin offered me, like nerdy little stars that map out my life: the person I was at 17, who had moony eyes for fictional galaxies and no responsibility to the real world that created them; the person I was last year, settled in a progressive era I couldn't imagine getting ripped out from under us; and the person I am now, who knows better, and gets a little better about it every day. I don't recognize myself or anyone around me from the people we were this time last year. I do recognize that that is a necessary condition of this, if we ever want to effectively push against it. We had to leave our old selves behind.

If 2016 was a year of loss, 2017 has been a year of fighting to get it back — fighting for ourselves, fighting for people who can't fight, and fighting in memory of the people who were left behind. What it comes down to is the scariest truth of all: the things that happen to us during our time here may never have meaning, but the way we react to them always, always will. If we can't make sense of the things that happen beyond our control, at the very least we can take comfort in that.