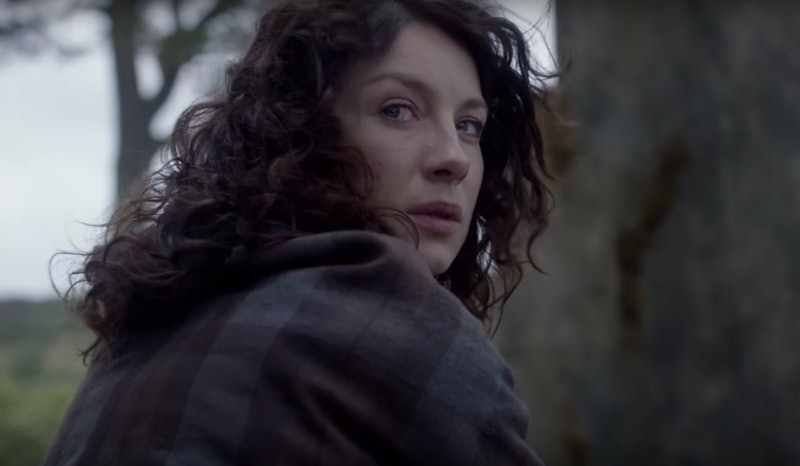 Jamie and Claire's love story isn't over yet, Sassenachs. While Season 4 doesn't have an official release date just yet, executive producer Ronald D. Moore is certain that Outlander Season 5 is happening. According to Entertainment Weekly, Moore shared his thoughts on the subject at the show's For Your Consideration panel in Los Angeles on Sunday, March 18. The executive producer reportedly told the audience that while the usual negotiations are still ongoing, "We are certainly going to do it. I have no doubt we are doing a season 5."

Starz has not officially renewed the series beyond Season 4, but Moore's reassurances should still come as a relief to fans of the time-traveling love story. After all, the show, which is based on Diana Gabaldon's book series of the same name, has plenty of story left to tell. The next season will bring the show up to book four, Drums of Autumn, but there are nine books in total, with one more planned to wrap up the series. That doesn't mean that Outlander will last for 10 seasons — although, there probably won't be many arguments from the audience if it does — but it does mean that Starz has plenty of source material to draw on if they choose to keep exploring Jamie and Claire's life together.

Before the show gets to Season 5, there's the matter of Season 4 to contend with. Filming is currently underway, and the new season is poised to reinvent the show once again. While Season 3 was all about building to the long-awaited reunion between Jamie and Claire, in Season 4 they will be firmly reunited and facing yet another new adventure — this time in 18th century North Carolina.

As Outlander continues to move forward, fans can expect more departures from the books. At the panel, Moore also reportedly revealed that the writers are always looking for new ways to adapt Gabaldon's work, and that could mean the trend of each season equaling one book might not continue. Moore explained to EW,

"Every year we approach it fresh. Should we keep it a book a season? We've done that up until now. But we've talked about splitting books, and we've talked about combining them. We want to be free in the writers' room to pick and choose and do what feels most comfortable that year."

Ultimately, seeing this level of freedom in the writers' room could benefit the Frasers' tale. As the story continues to progress forward, Jamie and Claire's daughter, Brianna, is set to play a much bigger role in the story — something that could begin as soon as Season 4. The later books often utilize her point of view, but for the show that could prove difficult. Jamie and Claire are undeniably the focal points of the series, and streamlining the books isn't necessarily a bad thing, as the first three seasons have shown.

It's unclear just how much of Drums of Autumn will make it to the screen in Season 4, but there's one moment the show wouldn't dare cut. Slight spoiler alert — you can definitely expect two special Frasers to finally meet. And yes, there will almost definitely be tears, so prepare accordingly.

Just as the future always seems hazy for the Fraser family, the path forward for Outlander is still unclear. However, Moore's optimism about a Season 5 renewal is definitely worth celebrating. Even though fans have Season 4 to look forward to later in 2018, the threat of Droughtlander is always looming, and any reassurance that Jamie and Claire will continue to make the audience swoon for at least another year to come is worth raising a glass of whisky to, in true Scottish fashion.