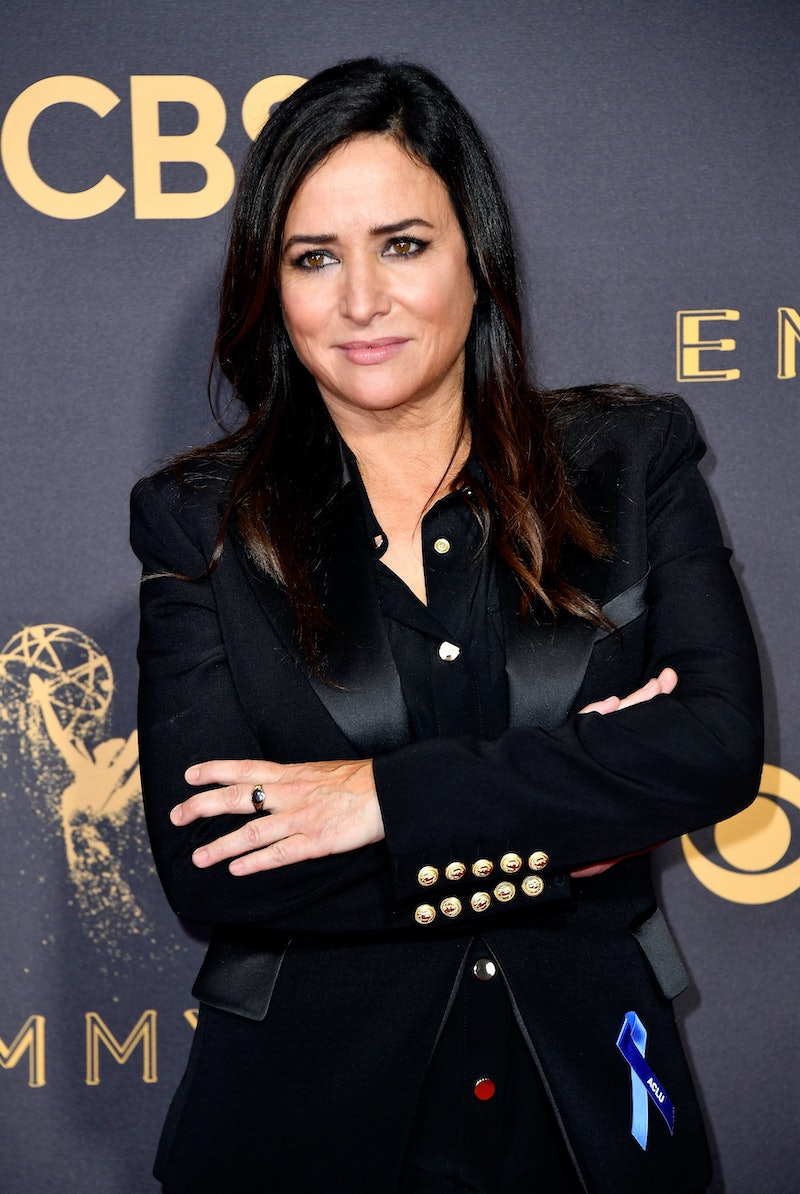 In a statement released to Bustle via email, Adlon began, "Hi. I’m here. I have to say something. It’s so important." Her message continued,

"My family and I are devastated and in shock after the admission of abhorrent behavior by my friend and partner, Louis C.K. I feel deep sorrow and empathy for the women who have come forward. I am asking for privacy at this time for myself and my family. I am processing and grieving and hope to say more as soon as I am able."

The pair worked together on FX's Better Things, where Adlon served as the co-creator, a lead character, and an executive producer. C.K. also is listed as the co-creator and executive producer, per IMDb. Before the series began, the pair also played husband and wife on HBO's short-lived series, Lucky Louie, in 2006. And they worked together on FX's Louie; in short, the two go way back.

According to The Hollywood Reporter, Adlon spoke about the allegations against C.K., prior to the Times piece being published and the comedian's own admission of wrongdoing. At the time, she said, “It hurts to read about things that people are saying about him. All I know is that, I know about him as being my partner on a show that is the opposite of any of this kind of horrible, negative things."

It's clear from Adlon's new statement that she's taking the claims seriously, and she's also still processing the news. However, the fact that she added, " I feel deep sorrow and empathy for the women who have come forward," is important, showing that this isn't behavior to be brushed under the rug.

As for their series Better Things, FX Networks and FX Productions released a statement to Bustle via email on Friday, announcing they are "ending [their] association" with C.K. Their statement read,

"He will no longer serve as executive producer or receive compensation on any of the four shows we were producing with him – Better Things, Baskets, One Mississippi and The Cops."

The network added, "As far as we know, his behavior over the past 8 years on all five series he has produced for FX Networks and/or FX Productions has been professional. However, now is not the time for him to make television shows." They also plan to "remain committed to doing everything we can to ensure that all people work in an environment that is safe, respectful and fair."

Not only is FX cutting ties, but his own publicist, Lewis Kay, announced on Twitter that he's no longer working with the comedian. Kay posted the following tweet on Friday afternoon.

As for C.K.'s own statement, he concluded by saying, "I have spent my long and lucky career talking and saying anything I want. I will now step back and take a long time to listen." However, while his message mentioned being "remorseful" for his actions, many on Twitter are pointing out that it doesn't exactly serve as an apology to the women either. Not once among the 493-word statement is there a single "sorry."