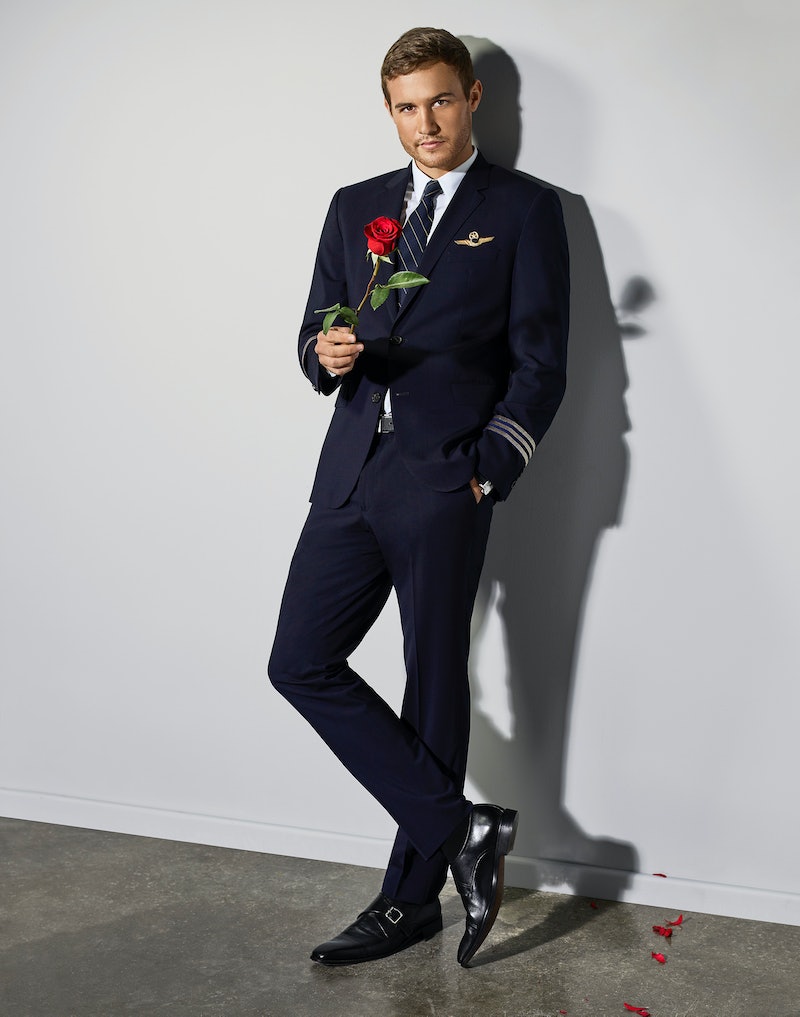 It's official, Bachelor Nation. Another season is on the books. Peter Weber has finished filming The Bachelor, and he shared an Instagram post with his favorite four-legged friend announcing his return. "Just got back from two months of the most insane journey ever," he wrote. "Told my boy everything and he can’t believe it!"

It sounds like Tripp, the Weber family pup, may have the scoop on who—if anyone—got Peter's final rose, but unfortunately, the chances of him sharing the deets are slim. Regardless, thousands of fans and Peter's fellow franchise alums are ecstatic to watch how it unfolded for themselves.

"Ah yes can’t wait to watch!" Onyeka Ehie from Colton Underwood's season of The Bachelor and Season 6 of Bachelor in Paradise commented. Mike Johnson, whom many fans pushed for the role of the Bachelor, left a comment that could suggest he knows more. "Missed ya homie!!" he wrote. "I know you found your love."

Naturally, the comments section wasn't short on aviation puns — Weber is a commercial airline pilot for Delta, which has become a huge staple in his on-screen persona. "He has landed safely but we can’t wait for TAKEOFF," Entertainment Tonight's Lauren Zima commented. But farmer and BiP Season 6 suitor Matt Donald's airplane pun may have taken first prize. "We want the turbulence!" he wrote.

The little information reported so far on Peter's journey as the Bachelor confirms that it was definitely a bumpy ride. In October, while waiting for contestants to arrive in Costa Rica, he fell while carrying a glass and seriously injured his face, according to Us Weekly. He was rushed to a local hospital where he received 22 stitches.

Thankfully, it sounds like he recovered quickly. “Peter suffered a freak accident. He got a cut on his head, he did get stitches but he’s 100% OK and production is already back underway,” Chris Harrison said in a statement. “He’s still the dashing, handsome pilot we’ve all dreamed of.”

Like Colton's iconic Season 23 fence jump, Peter's fall could be the trailer clip that fans anticipate for the entire season. So far, besides the initial announcement, the only Season 24 content released is a teaser trailer that plays off of his night in the windmill fantasy suite with Hannah Brown.

In the very dramatic, cinematic clip, he steps out of the windmill with a single rose in his hand and a very sultry look on his face. It's not much, but if he pilots The Bachelor anything like his good friend Hannah led The Bachelorette, it's going to be a very real and very entertaining flight.