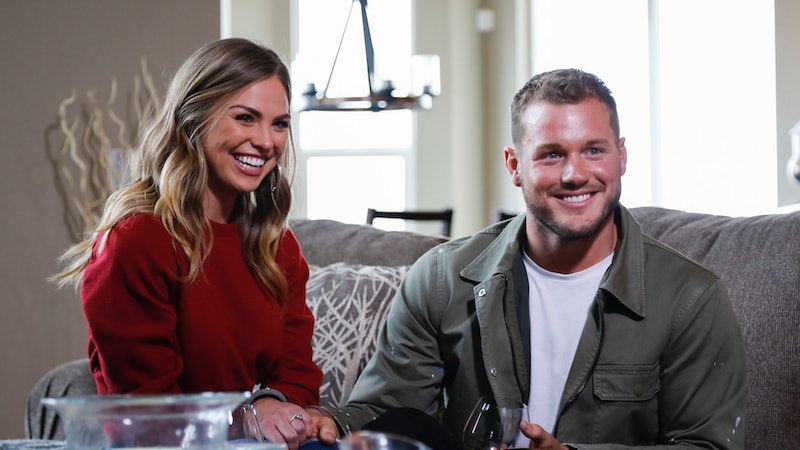 During the last season of The Bachelor, fans eagerly anticipated Colton Underwood's fence jump week after week. Similarly, viewers cannot wait to see Hannah Brown's windmill moment on her season of The Bachelorette. Recently, Colton compared his fence jump to Hannah's windmill moment, acknowledging that they both were major turning points during their reality TV journeys.

In a July 11 interview with Entertainment Tonight, Colton declared, "I say what the fence was to me, the windmill is to Hannah." Colton continued,

"But talk about a bomb getting dropped! I'm here for all of it! I know it's sort of polar opposite of what my take on my season was, but I think that's what's so cool about the Bachelor franchise, is everybody has their own twists to things."

Hannah's season has definitely been the polar opposite in regard to sex. Much of Colton's season revolved around his virginity. In contrast, Hannah has been very comfortable with her sexuality and she even admitted to having sex with one of the contestants. At this point, fans don't know who she was referring to, but in a scene from an upcoming episode, she does tell Luke P that she "f*cked in a windmill," so it's clearly not him.

Aside from her candid conversation with Luke, Hannah admits during one of her confessional interviews, "I f*cked in a windmill. And guess what? We did it a second time."

Even though Luke P does not appear to be understanding or supportive during that heated discussion with Hannah, Colton expressed nothing but support for her during his Entertainment Tonight interview. Colton explained, "I think it was just two completely different things, but if that's what she was feeling was necessary for that relationship, then I'm glad that she got to do it."

Even though openly having sex on the show is the opposite of what Colton did during his season, he saw parallels between the two major moments. He shared, "Sometimes with the show, you get your hands tied a little bit with the format of the show. And I'm glad to see that the format has sort of gone away. Let these relationships be what they are."

For many seasons, sex was some unspoken concept on the show. What went down in the fantasy suite (or outside of it) was often alluded to, but very infrequently addressed in a direct way. Instead the seasons were very formulaic with the travel, amount of roses given out, and yes, even sexual activity.

One exception was when Kaitlyn Bristowe had sex with Nick Viall during her season of The Bachelorette back in 2015, and received a lot of backlash. Colton broke the mold during his Bachelor season when he tried to quit the show and jumped a fence after his eventual girlfriend Cassie Randolph left the show. He broke up with the other two women left and decided to pursue Cassie on his own terms instead of complying with the normal schedule of events.

Yes, Colton and Hannah's seasons are different in many ways, but he does understand what it's like to go against the grain as the lead in the Bachelor franchise. He told Entertainment Tonight, "You either get scrutinized for not having sex or scrutinized for having too much. There is no middle ground." Ain't that the truth? You're damned if you do and you're damned if you don't.

It's impossible to please everyone, especially on a show with such a large (and very opinionated) fandom. At least Hannah has some solid support from someone who knows her and understands what it's like to be in her shoes.