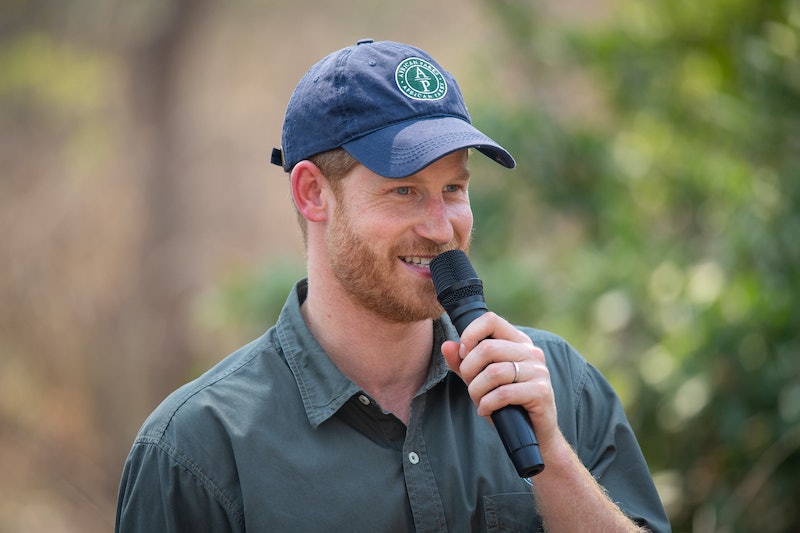 Having grown up in the royal spotlight, Prince Harry, Duke of Sussex, and Prince William, Duke of Cambridge, are no strangers to rumors. And while in the past they've let certain speculation slide, Harry is now addressing rumors he's feuding with his brother directly in ITV's Harry & Meghan: An African Journey, which aired Sunday night in the U.K. and will premiere in the U.S. on Wednesday.

In ITV's new documentary — which follows Harry and Meghan, Duchess of Sussex, on their recent tour of Africa — Harry explained that although he and William "have good days and bad days," rumors about what goes on behind closed doors are usually "created out of nothing." "Inevitably stuff happens, but we’re brothers, we’ll always be brothers," Harry said, acknowledging they don't see each other a ton due to their busy schedules. "We’re certainly on different paths at the moment. I’ll always be there for him and as I know, he’ll always be there for me."

Rumors of a brotherly feud began around the time Harry and Meghan got married in 2018 after a source close to the royal family claimed to People that William thought Harry got married too quickly. Speculation ramped up Harry and William appeared to avoid each other at Easter this past year, and then, earlier this month, Meghan and Harry were removed from Kate and William's Royal Foundation website (although that's likely because the couples are pursuing separate paths when it comes to charity work). Unlike Harry, William has yet to address any of these "feud" rumors.

This isn't the first time Harry's taken a stance against tabloid fodder either. Earlier this month, he and Meghan announced they're suing the U.K.'s The Mail On Sunday for an alleged invasion of privacy after they published a letter that was reportedly written by Meghan to her estranged father. (Bustle reached out to Mail On Sunday, who "stands by the story it published and will be defending this case vigorously.") They also announced a lawsuit against The Daily Mirror and The Sun for alleged phone-hacking. (Bustle previously reached out to The Sun and The Daily Mirror for comment, but did not hear back.)

Not only have Harry and William been the subject of rumors, but their wive have as well. In fact, speculation about Meghan and Kate not getting along got so bad last December that Kensington Palace had to step in to squash it. Nowadays, Harry's taking the onslaught of rumors into his own hands — whether speaking out in the ITV documentary or pursuing legal action.

More like this
Prince Harry Incorrectly Recites Christina Aguilera’s “Genie In A Bottle” Lyrics
By Jake Viswanath
Who Is "Daddy" Pedro Pascal Dating? People Are Thirsting Over The 'Last Of Us' Star
By Alyssa Lapid
Adele Is Attending The 2023 Grammys, Thank You Very Much
By Jake Viswanath
9 Photos Of Celebrity Couples & Unexpected Duos At The 2023 Grammys
By Jake Viswanath
Get Even More From Bustle — Sign Up For The Newsletter
From hair trends to relationship advice, our daily newsletter has everything you need to sound like a person who’s on TikTok, even if you aren’t.