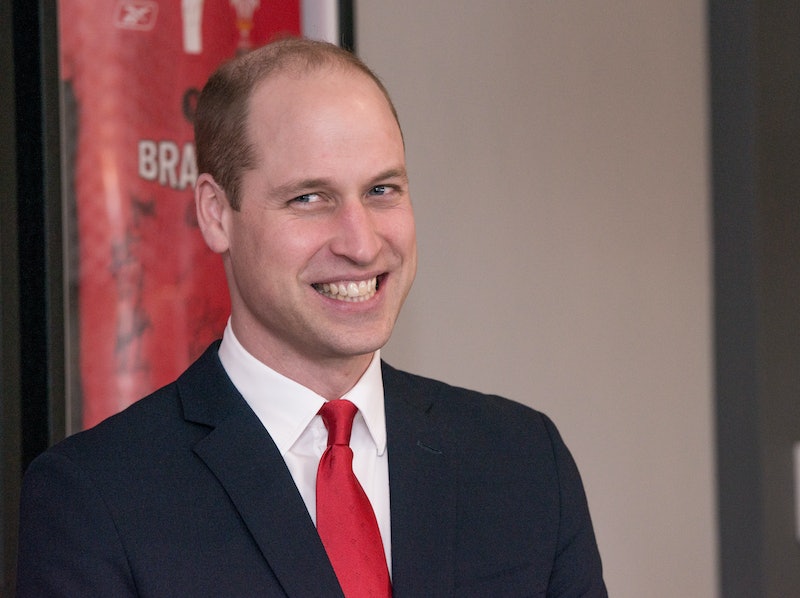 It's just one of the royal's coolest moments, and Reason No. 482 that not only will Prince William make an incredibly strong future king, but also one who can deliver a funny line, make a cool film cameo, or represent how rewarding being a family man can be. Whether he’s completing spy training to learn more about national security within his own country or toting around his three kids: George, Charlotte, and Louis, Prince William just kind of feels like someone you’d want to grab a pint with.

Prince Harry is often regarded as the more relatable royal and he and Meghan Markle are certainly redefining what it means to be a Duke and Duchess. But, Prince William has some seriously underrated moments where he proved he could "hang" with the rest of them. Here are some of his coolest moments that hint at what kind of monarch he'll be when he gets to the highest throne.

1. He Actually Did Undergo Spy Training

On Saturday, April 6, the Kensington Palace Instagram posted a photo of the prince and revealed Prince William spent three weeks with the UK’s Security and Intelligence Agencies, MI5, MI6 and @GCHQ. Per the official palace statement, the high threat level for international terrorism in the UK made this assignment essential for the prince. In a statement, he said the three-week endeavor taught him a lot about the inner-workings of his own country.

"Spending time inside our security and intelligence agencies, understanding more about the vital contribution they make to our national security, was a truly humbling experience," Prince William said. "These agencies are full of people from everyday backgrounds doing the most extraordinary work to keep us safe. They work in secret, often not even able to tell their family and friends about the work they do or the stresses they face. They are driven by an unrivaled patriotism and dedication to upholding the values of this country. We all owe them deep gratitude for the difficult and dangerous work they do."

2. He Had A Cameo In A Star Wars Movie

Prince William, alongside his brother Harry, actually cameoed in Star Wars: The Last Jedi. Not many other people (even royals!) get that distinction. It's pretty wild to think that a future king once donned a stormtrooper suit on the big screen. But it's all in a days work for Prince William. One has to believe that his stormtrooper status makes him pretty popular during playtime with the kids.

While William will probably have to undergo some additional training before he ascends the throne, he's got the whole dad thing on lock. From taking George and Charlotte to meet their baby brother Louis for the first time, to being proclaimed "cool" by his oldest son for driving a dig, you can tell that two of the titles that William cares about more than prince are husband and father.

Legend has it that once you meet Beyoncé, your level of coolness is eternal. If that's the case, Prince William's meeting with fellow royal Queen Bey certifies him as a chill person. He has yet to get an official shout out in a Bey speech ala Meghan Markle, but one step at a time.

5. However, He Was Shouted Out In The Princess Diaries 2: A Royal Engagement

Second only to a Beyoncé shout-out is a reference in the beloved Princess Diaries 2: A Royal Engagement. And Prince William was bestowed with that honor when he was mentioned in the 2004 sequel. While Princess Mia is searching for her future husband from a collection of eligible bachelors, Prince William's picture pops up. When she immediately expresses interest but is reminded that he's in line for his own crown, his status as an early 2000s hunk is written in stone. Possible role in Princess Diaries 3, perhaps?

6. He's Open About His Struggles With Mental Health

When launching the Heads Together initiative with his family, Prince William opened up about his own struggles with mental health. It was endearing and important for a figure with such power to be transparent about such a pervasive, often taboo topic. It set a standard for what kind of leader Prince William was destined to be.

Many were quick to point out how lucky Kate Middleton was to marry into the royal family in 2011. But has anyone ever thought about how lucky Prince William is to have found such an awesome partner? Kate has proven to be a thoughtful leader, style icon, and superhuman who can walk out of the hospital in heels hours after giving birth. One major sign of a cool person is the partner they choose to spend their life with. If Kate is any indicator, William's got plenty of coolness.

One of the things that sets the future king apart is that he's able to balance casually meeting Queen Bey along with playing with his kids in a park. He can get married in front of millions of people and still talk about what Netflix shows he and Kate watch in interviews. And the people will always stan a semi-relatable prince.