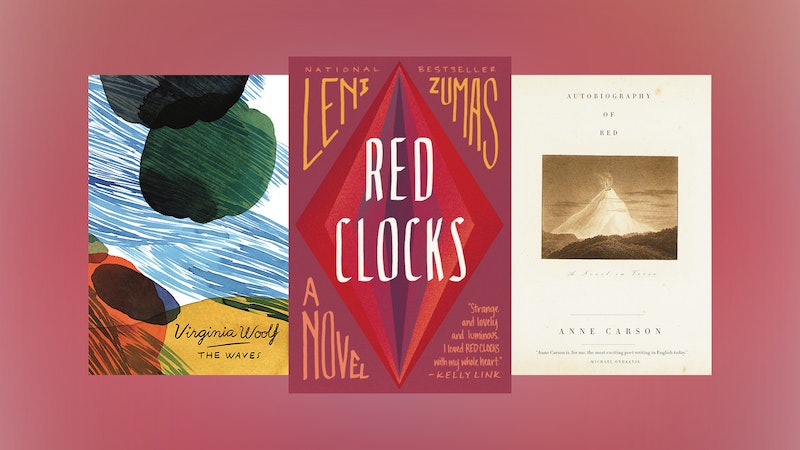 Each month, the Bustle Book Club asks an author to recommend a book they think everyone should read. In May, Little Fires Everywhere author Celeste Ng recommended Red Clocks by Leni Zumas. Follow along with the book club on Bustle and join the conversation on Goodreads.

In Leni Zumas's Red Clocks, Bustle's Book Club pick for May, abortion and in-vitro fertilization are illegal, a Pink Wall between the U.S. and Canada keeps people from crossing the border for legal abortions, and single people are barred from adopting children. It's a plot that feels eerily prescient, considering that in the first five months of 2019 alone, five states in the U.S. moved to restrict abortion access. Red Clocks is a necessary addition to the canon of dystopian literature about women's rights, and the perfect read for anyone who fights for reproductive rights in real life.

While Zumas was definitely inspired by real-world events for her novel, she had some literary influences, too. When asked which books she would recommend for additional reading for the book club this month, Zumas shared with Bustle four books that she maintains were crucial to writing Red Clocks.

From Jenny Erpenbeck's Visitation, which Zumas says inspired the structure of her book — "[The] chapters bear the names of different inhabitants of a lakeside community: The Gardener, the Architect, the Childhood Friend, etc. When I tried something similar for the Red Clocks chapters, I was intrigued by the effect; the apparent reduction of a character to her role. I hoped this labeling device would call attention to the consequences of seeing anyone as a generic role-filler, rather than as a complex individual" — to the nonfiction book that inspired Moby Dick, Zumas's influences are widely varied. Keep reading below for more of her picks: