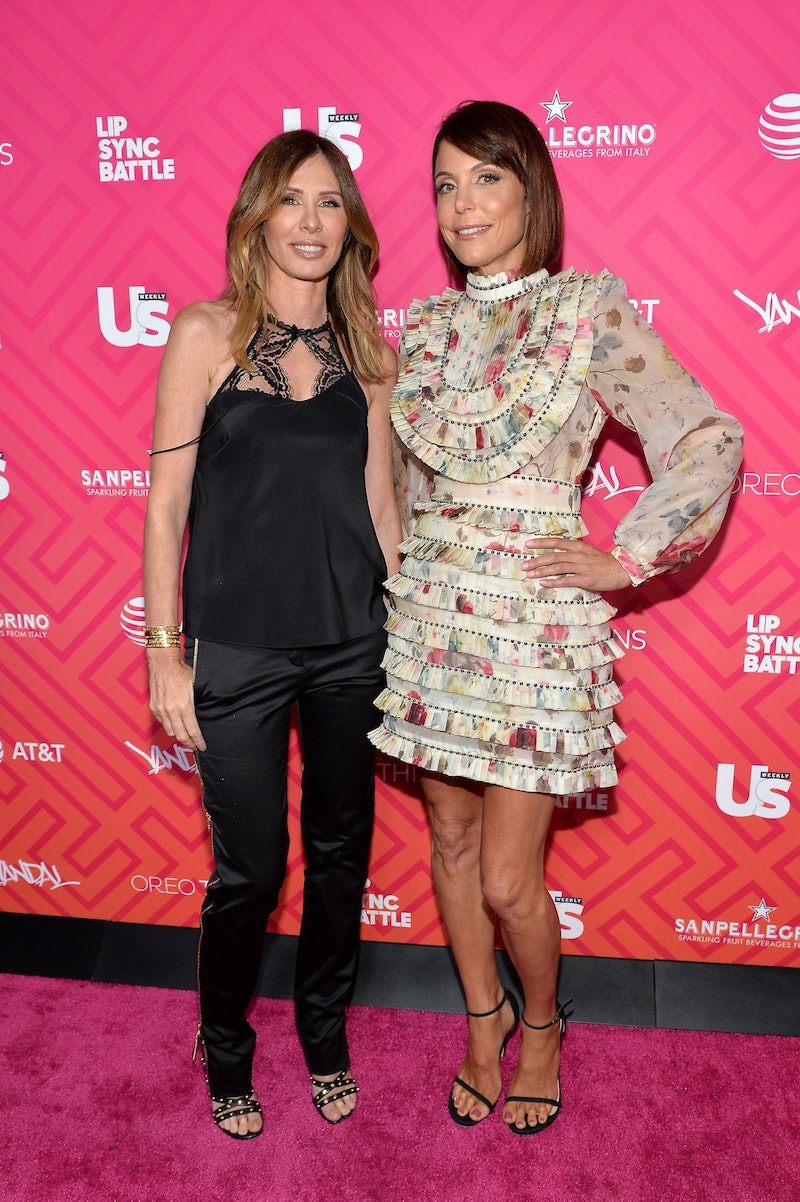 When life gives Bethenny Frankel limes, she may make margaritas, but when offered a chance to reconcile with a former friend — she makes amends. Bethenny revealed her reconciliation with Carole Radziwill, who was a former Real Housewife of New York alongside the Skinnygirl mogul. Bethenny opened up about her makeup with Carole on Watch What Happens Live with Andy Cohen on Thursday, June 20.

When asked by a fan caller on the late night talk show about the last time Bethenny saw Carole, after the two's tense Season 10 RHONY reunion, she was quick to give a positive update. "Good question," Bethenny began. "I ran into her at a charity event a couple of months ago. We had a really nice time. I saw her at the bar, we had a conversation, we talked about [her rumored on-again boyfriend] Adam and just life. You know, it was nice. We actually just had a moment. It was clean. I like when things are clean."

Bethenny and Carole's "clean" interaction came after a time of turmoil for the former friends. In Season 10, which was Carole's final Real Housewives stint after five years with the show, Bethenny and Carole conflicted over her relationship with Adam Kenworthy. During that season, Bethenny focused on providing relief aid through her foundation B Strong in the aftermath of hurricanes in Texas and Puerto Rico. According to Bethenny, she asked Adam, who is a photographer, to travel to Puerto Rico and document the destruction.

When Adam allegedly asked what he would be paid for the charitable work, and Bethenny made him aware that it would be a donation, he supposedly passed. Repercussions were swift for Bethenny and Carole's friendship, as the latter tried to defend Adam's intentions. After the two cast mates formed an ultra-close bond in Seasons 8 and 9, Bethenny opted to bring fellow Housewife Dorinda Medley on a humanitarian trip instead.

Conflict escalated from there, culminating in Carole calling Bethenny "a bully" during the Season 10 reunion. Suffice it to say, the two weren't on speaking terms for a while after. In July 2018, Carole released an exclusive statement to People, confirming her departure from RHONY after five seasons. Carole's reason for exiting seemed to allude to her fallout with Bethenny. In part, the former journalist said, "I have worked with amazing producers, made great friends, and I'm thrilled to leave frenemies behind. I will remember this entire experience with delight, humor, and a veracious accuracy. Next."

But although Carole may not be holding any apple any longer, based on Bethenny's recent answer, it seems she may be holding her time on the show — and former co-star Bethenny — in higher regard. Plus, the B Strong founder has moved onto other issues in the new season. During her WWHL appearance, the OG New York Housewife addressed tension with Luann De Lesseps. Throughout Season 11, several of the women have clashed with the cabaret star over her superiority post-sobriety. Bethenny told Cohen she liked the "distance" she was currently enjoying from Luann's situation.

And so is the Real Housewives cycle. Whenever a friendship mends, there's another being tested shortly after.