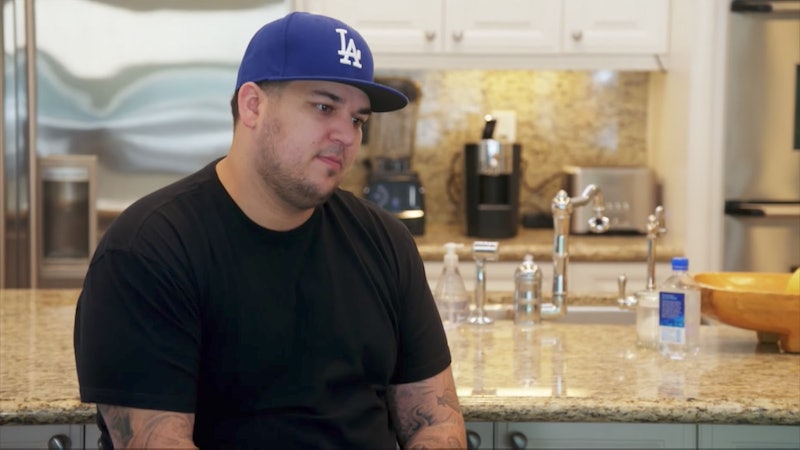 After stepping away from social media in all forms following his rant against Blac Chyna, Rob Kardashian returned to Twitter on Friday, July 21. The reality star tweeted a caption-less picture of his daughter Dream. In the photo, the ever-adorable Dream is seen playing in a ball pit and looking directly at the camera with the cutest little chubby cheeks.

Back on July 5, Kardashian shared a string of disturbing Instagram posts, making a number of accusations about Chyna, in addition to posting several inappropriate videos and photos. His Instagram account was shut down as a result, but his Twitter account remained active, only to retweet posts from his sock company; the tweets from his rant have since been deleted. Kardashian's lawyer referred to the reality star's actions as a "spontaneous reaction that he regrets" in a statement to TMZ.

As a result of all of the above, Chyna was recently granted a temporary restraining order against Kardashian that requires him to stay 100 yards away from her at all times, according to E! News. BuzzFeed had reported the restraining order also prohibited him from posting photos of Chyna and Dream to social media until a hearing scheduled for Aug. 8. However, judging by the photo of Dream he recently tweeted, that may not be entirely true.

"Posting pictures of Dream is not a violation of the restraining order. Mr. Kardashian was ordered to stay away from [Blac Chyna], not to contact her, not to share intimate photos or medical information about her and not to cyberbully her."

Despite their public feuding, both Kardashian and Chyna have consistently said that their daughter's well-being is their priority. So at least Kardashian seems to be sticking to that with this drama-free picture of Dream, and fingers crossed he continues to keep things civil.