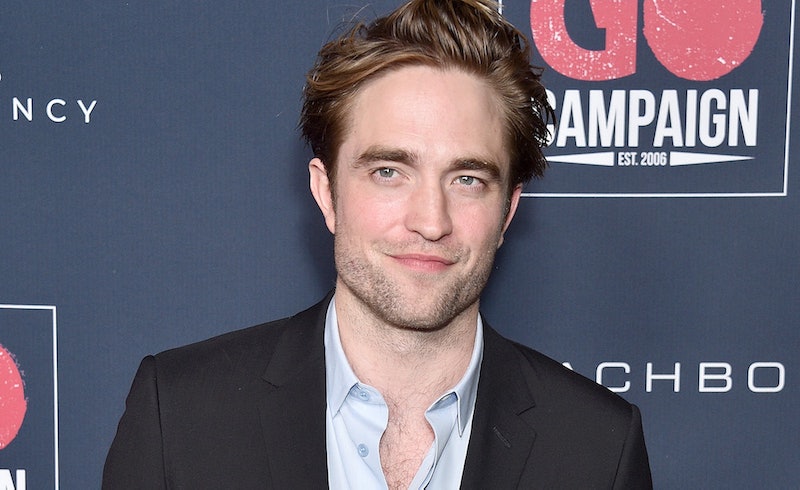 Don’t tell Bruce Wayne, but Robert Pattinson doesn’t consider Batman a superhero. Pattinson, who will soon star as the famed masked crusader in Matt Reeves’ 2021 The Batman, recently argued that Batman “is not a superhero” during an appearance on Sunday Today With Willie Geist on Dec. 1. While the decision to take on the role was “an immediate yes” for Pattinson, the Twilight alum referenced a missing characteristic that would otherwise categorize the Dark Knight as a superhero.

“Batman is not a superhero,” Pattinson said when Geist used the term. “It's weird. I always balk at it. I'm like, 'It doesn't count. You need to have, like, magical powers to be a superhero.’”

Pattinson’s statement, of course, is up for debate. Iron Man, Captain America, and Black Widow, for example, are just a few of the superheroes that don’t technically possess any type of magical powers. Still, the heroes are nonetheless skilled in combat, technological knowledge, and human physical ability that allow them to fend off threats against humankind. Do these traits count? Perhaps it depends on who you’re asking.

With The Batman, Pattinson returns to his first blockbuster role since the Twilight franchise. Upon Twilight’s completion, the actor turned to independent films like The Lighthouse and High Life to critical acclaim. While his face will soon be plastered on billboards again, Pattinson isn’t too concerned about fan fervor.

He told Geist, “There's a part of me that thinks it's impossible [for The Batman] to be… what happened with Twilight because it was just sort of just so sudden. I'm hoping it won't be people hanging out outside my place. I just think I'm kinda boring and old now."

In May, news broke that Pattinson had been cast as the famed Caped Crusader in Reeves’ adaptation. In October, the film cast Paul Dano as the villain The Riddler. Colin Farrell and Andy Serkis are also reportedly in talks to join the film as villain The Penguin and butler Alfred Pennyworth, respectively. And, in the most buzzed-about casting news, Zoë Kravitz will join the film as Catwoman.

In an interview with Entertainment Tonight in October, Pattison expressed excitement over Kravitz’s role. “Zoe's great and I've known her for years and years and years," he said. “I mean, I've been friends with her for like ten years and she's brilliant."