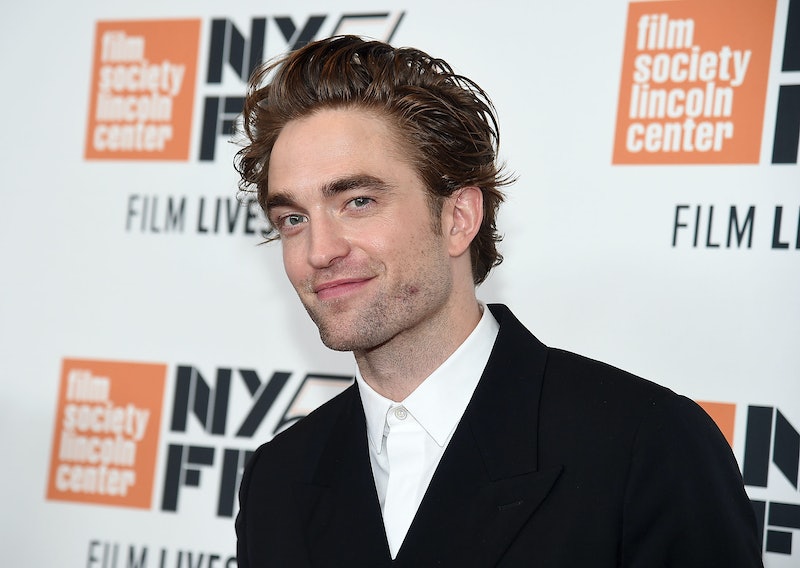 Robert Pattinson is officially the new Batman, but turns out, this won't be the first time he's donned the Batsuit. In a new interview with Variety, Pattinson revealed his Batman role was meant to be, and it has a lot to do with his childhood love for the Dark Knight.

That longtime appreciation for the DC superhero is why he was so frustrated with the way the news of his Batman casting broke back in May. “When that thing leaked, I was f*cking furious,” Pattinson told Variety in his first interview since being cast as the Caped Crusader. “Everyone was so upset. Everyone was panicking from my team. I sort of thought that had blown up the whole thing.”

Apparently, the reports of Pattinson playing Batman in The Batman, the June 2021 film from director Matt Reeves, were a little premature. He hadn't even auditioned for the movie yet and worried the hoopla surrounding his possible casting was going to mess things up for him. A real shame since Pattinson had basically been practicing for the role his entire life.

Pattinson, or R-Batz as his fans are calling him, told Variety that he grew up watching Tim Burton's Batman starring Michael Keaton. He loved it so much, he wanted to be Batman. “When I was a kid, it was the only outfit that I had,” Pattinson said. Unfortunately, Pattinson wouldn't cop to where he modeled his Batman look, but teased he might be willing to share those details once the movie had hit theaters. “If I actually said it in an interview, I would definitely have a lot of abuse afterwards,” he said. “If I successfully play the character, I can say it at the end.”

Pattinson did say that Batman was the only comic book character he ever wanted to play. “It’s actually an interesting part,” he told Variety. “I think it’s because he doesn’t have any superpowers.” He also admitted that he had been thinking about playing Batman when he got news of Reeves' movie. “I’d had Batman in my mind for a while,” Pattinson said. “It’s such an absurd thing to say. I sort of had an idea to do it, and I’d been prodding Matt. He didn’t accept any prods. I kept asking to meet him.”

While The Batman, which look at Batman's early years, doesn't start filming until this winter, Pattinson has already tried on his Batsuit. In fact, Variety reported it was "the final phase of the high-stakes audition." “It’s maybe the craziest thing I’ve ever done in terms of movie stuff,” Pattinson said, adding that it felt "powerful" in the costume, even if it was a bit "humiliating" to actually get it on. "You’ve got five people trying to shove you into something," he said. "Once you’ve got it on, it’s like, ‘Yeah, I feel strong, I feel tough, even though I had to have someone squeezing my butt cheeks into the legs.’”

Still, the experience of first putting on the suit will always be a memorable one. “I put it on. I remember saying to Matt, ‘It does feel quite transformative!’" Pattinson remembered. "He was like, ‘I would hope it does! You’re literally in the Batsuit.’”

Hopefully, after Pattinson shows off his Batsuit in the movie, he will fill fans in on his younger years in the costume. Seriously, photos or it didn't happen, Pattinson.

More like this
Gabby & Rachel Reveal How That 'Bachelorette' Rose Ceremony Twist Happened
By Grace Wehniainen
Everything To Know About 'RHOC' Season 17
By Brad Witter and Sophia Moore
Everything To Know About 'Evil' Season 4
By Meguire Hennes
The 'PLL: Original Sin' Creators Say A’s Identity Will Be “Very Clear” By The Season Finale
By Alyssa Lapid
Get Even More From Bustle — Sign Up For The Newsletter