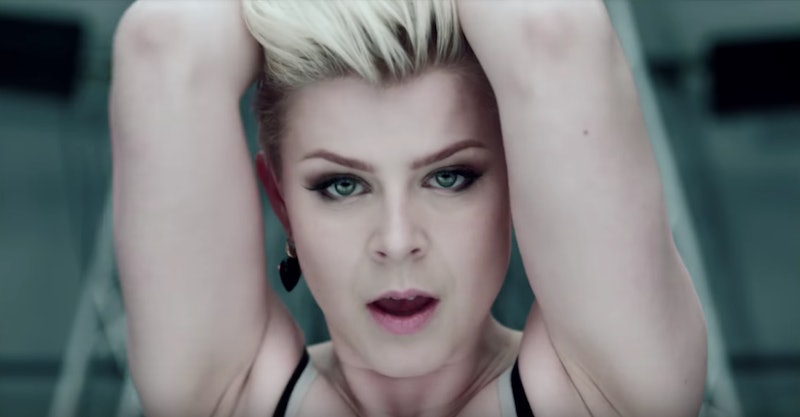 Robyn is here — or perhaps, more accurately, Robyn is back. The Swedish singer of melancholy club jams released her first album in eight years on Friday with Honey. At only 40 minutes, the album might be shorter than desired. But that hasn't stopped Twitter reactions to Robyn's Honey from being overly positive. The people of the internet are pumped that Robyn has inspired them to dance on their own again through her '90s-feeling songs.

Robyn has been known to American audience since she released "Show Me Love" more than two decades ago in 1997. So as the aesthetic of the '90s experiences a resurgence, it's fitting that Robyn is adding to those pre-millennium vibes with Honey. Fans already had a preview of the sound of the album. Robyn released "Missing U" over the summer and the title track "Honey" had been heard during the final season of Girls in 2017. And like that song says, Robyn has got the Honey that the world craves with her new album.

Even though Honey only contains nine songs, fans are happy to take what they can get after Robyn's eight-year hiatus. So before you embark on your dance-filled listening journey, here's what Twitter has to say about Robyn's latest offering.