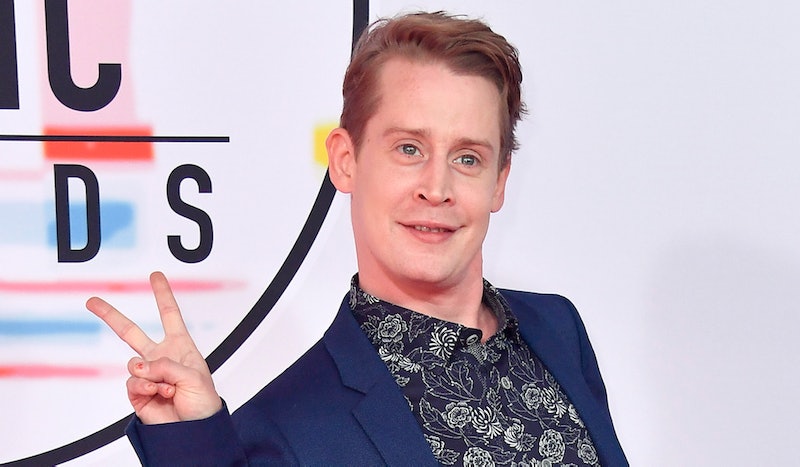 “I have always loved Macaulay Culkin's work,” Murphy said about the surprising casting. “I love the stuff he did in Home Alone. I also loved the sort of the older, more recent stuff that he did, and he hasn't worked in a while.” On how he pitched Culkin for his series, Murphy explained that he called the actor on the phone with a simple pitch. “[When] I cast, I never let people read things, usually. I said, 'OK, here's the pitch’ … and I told him he has crazy, erotic sex with Kathy Bates and does other things." Culkin's reaction was pretty much what you'd expect, according to Murphy: "He paused and he goes, 'This sounds like the role I was born to play.' So he signed up right then and there."

Adding that the scripts are already written, Murphy said, “I'm excited for him to be in my world." The two have yet to actually work on set together since coronavirus delayed production, but Murphy is already planning their next collaboration. "I'm gonna want to do a lot of things with him if he wants to work, because I think he's fascinating,” he said. “There's both a lightness and a darkness with Macaulay Culkin that I'm attracted to."

While little is known about a premiere date and theme (other than its beach setting), Murphy told The Wrap on May 5 that Season 10 was initially a “weather-dependant” show — whatever that means — however, the theme may need to be altered in light of COVID-19. “A lot of what I was going to shoot was dependent on a very specific moment,” Murphy said. “It was a weather-dependent show. So now I don’t know… I don’t know what I’m gonna do next with that show. I don’t know if I’ll accelerate another season or wait till next year to shoot this one.”

More like this
Everything To Know About 'And Just Like That...' Season 2
By Jack Irvin and Grace Wehniainen
'Friends' Star Maggie Wheeler Offers Support To Matthew Perry After Reading His Memoir
By Alyssa Lapid
'The Queen’s Gambit' Season 2 Tweet Wasn’t From Anya Taylor-Joy
By Mary Kate McGrath, Jack Irvin and Grace Wehniainen
The Banned 'Friends' Ad Shows Monica As You’ve Never Seen Her Before
By Sam Ramsden
Get Even More From Bustle — Sign Up For The Newsletter
From hair trends to relationship advice, our daily newsletter has everything you need to sound like a person who’s on TikTok, even if you aren’t.