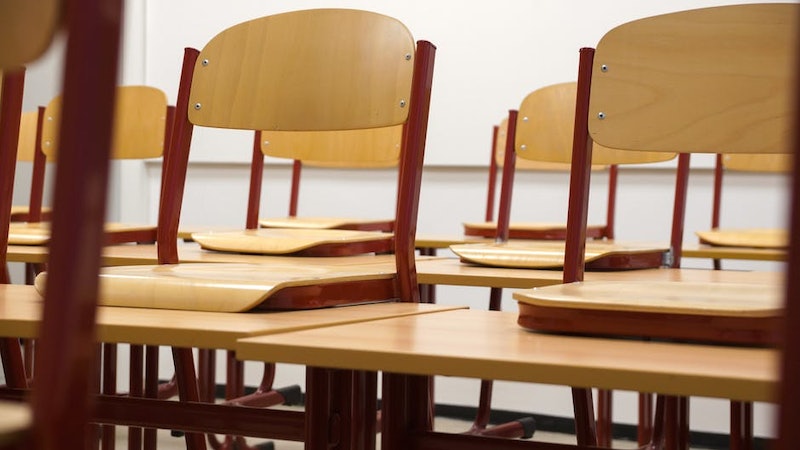 In anticipation of the women's general strike scheduled for March 8, school districts are shutting down for "A Day Without A Woman", unable to keep up with the number of teachers that have requested leave that day to participate in the strike. The most recent of them, Alexandria City Public Schools, released a statement saying that the district is not shutting down to make a political statement, but rather because of the impact the now 300 teacher day off requests will have on school function.

“This is not a decision that was made lightly,” wrote school superintendent Alvin L. Crawley in a statement about the decision. “We have been closely monitoring requests for leave on March 8, including communicating with school leaders and our education association. The decision is based solely on our ability to provide sufficient staff to cover all our classrooms, and the impact of high staff absenteeism on student safety and delivery of instruction. It is not based on a political stance or position.”

This follows other school closures in Chapel Hill-Carrboro City Schools in North Carolina, and a the closure of The Maple Street School, a preschool, in Brooklyn.

This may not be the last of the school closures we hear of before the day is out, and it has, of course, received some backlash. But if anything, the backlash only serves to amplify the platform of the issues at stake; the strike, meant to highlight the economic importance and labor power of women and to amplify a host of women's issues that will be threatened during Trump's administration, is doing just that. And considering that over three quarters of K-12 public school teachers are women, the education system was bound to be impacted by the strike more than most.

The "Day Without A Woman," more colloquially known now as the women's strike, was arranged by the same organizers of the Women's March on that followed the inauguration. The organizers are holding the strike as a day to "raise our voices together again, to say that women’s rights are human rights, regardless of a woman’s race, ethnicity, religion, immigration status, sexual identity, gender expression, economic status, age or disability." The movement is focusing on the issues that impact women most, including healthcare, access to affordable childcare, the wage gap, and "discrimination that women, particularly mothers, women of color, women with disabilities, Indigenous women, lesbian, queer and trans women still face each day in our nation".

They've arranged three ways that women can participate in the strike, if they choose and are able:

1. Women take the day off, from paid and unpaid labor

2. Avoid shopping for one day (with exceptions for small, women- and minority-owned businesses).

3. Wear RED in solidarity with A Day Without A Woman

Protests, demonstrations, and volunteer opportunities will take place all over the country in support of the strike, which also falls on International Women's Day. For more information on worthwhile ways to spend March 8, regardless of whether or not you are able to take the day off, check out Bustle's articles for what you can do if you can't take the day off, and how to support other women if you can.