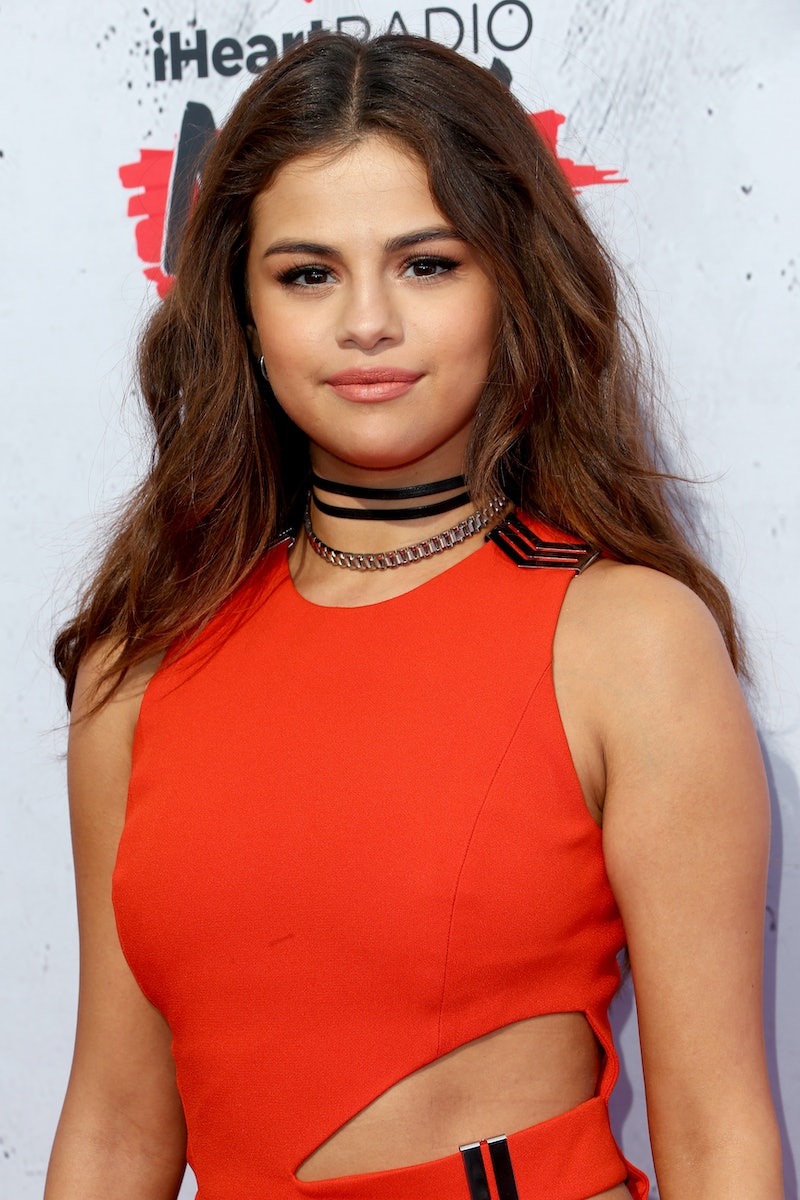 On Wednesday, TMZ released photos of Selena Gomez and The Weeknd kissing. It was surprising, to say the least, because I'm pretty sure no one had any idea that these two might be dating. Of course, this also led to many fans of the musicians dragging Bella Hadid, The Weeknd's ex-girlfriend, into the mix. But that is totally unnecessary. You know what else is ridiculous? Pitting Selena Gomez and Bella Hadid against each other.

Selana vs. Bella is something very real happening right now on social media. Many are trying to decide if they are "Team Selena" or "Team Bella," and there is much analyzing over whether or not Hadid is upset with Gomez for dating her ex-boyfriend. Although, a source spoke with E! News and said the two aren't close friends, so it's not like Gomez "stole" her good friend's former man.

Then, there are headlines reporting Hadid unfollowed Gomez on Instagram. It really shouldn't come as a shock when two famous individuals begin dating for people to look back on their past relationships and try to make some connection. The same thing happened when reports surfaced of Jennifer Lopez and Drake possibly dating. Rihanna supposedly unfollowed Lopez after the DraLo rumors.

But what does Hadid have to do with any of this? Did Hadid and The Weeknd date? Yes, they did, but they also broke up in November 2016. Do Gomez and Hadid run in the same friend circle? Seeing as Gomez is friends with Hadid's sister, Gigi, they certainly do. But none of that means Gomez and Hadid now are in a huge dramatic feud over a guy. Hadid has nothing to do with Gomez and The Weeknd dating, so she shouldn't be involved in any of this.

Granted, Hadid and The Weeknd haven't been broken up for that long, but no one really knows how the 20-year-old model feels, except for probably her close friends and family. There's a very good chance that she is totally fine with Gomez and The Weeknd possibly dating and could really care less.

But when Hadid's name and photo are repeatedly dropped in relation to The Weeknd and Gomez rumors, it's like saying you know how she feels. That then adds fuel to drama that may not even be drama and once again pits women against each other. As you can see below, Twitter has been blowing up with negativity. I mean, even Gomez's best friend, Taylor Swift, is being dragged into this, which makes no sense whatsoever.

Why is that people feel the need to think women can't handle their exes dating other people? Why are women looked at as though they can't handle their emotions and will automatically get angry over an ex-flame or the person they may be dating? Why is it when a woman who has been single for awhile begins dating someone else, they are labeled a bad person? That's exactly what is going down here and it needs to stop.

Everyone is entitled to their own opinion, but the name-calling is taking things way too far. Furthermore, there is absolutely no need to mention Swift, because she has nothing to do with this. It's her friend's relationship, not her own.

Let's remember, there isn't much known about Gomez and The Weeknd. Neither of them have spoken out about reports that they're in a relationship or the photos taken. Details are scarce, so the fact that people feel the need to cause drama over a situation they know nothing about is ludicrous, especially when it comes to creating a stir over Gomez being the so-called bad person here for dating Hadid's ex.

By the way, isn't it also interesting how Hadid and Gomez have become the major focus here, but no one is really talking about The Weeknd and his choices? It seems to be a running theme in Hollywood. Whenever a breakup occurs, the man usually walks away unscathed, whereas the woman receives jabs left and right. For example, Bella Thorne encountered immense criticism over the Charlie Puth and Tyler Posey drama. However, Puth and Posey seemed to be treated with kid gloves. A similar situation occurred when Taylor Swift began dating Tom Hiddleston after breaking up with Calvin Harris. Immediately, Swift was hated on and it's like everyone wanted to take her down over her romances. Women always somehow manage to be the ones at fault, which isn't fair at all.

It's almost like people are speaking on behalf of Hadid, when they say, "Poor Bella" or wonder how she is feeling. I'm sure she'll let you know when she wants. Hadid has her own voice, so don't speak for her. The same goes for Gomez. At least there are some people speaking out on Twitter on behalf of both women in hopes they will no longer be pitted against each other:

Rather than creating drama over a situation that still has very few details, let's take the high road and keep an open mind about everything. Plus, Hadid and Gomez are two extremely talented women who deserve to be praised for their careers and everything else they do, not gossiped about over their love lives.