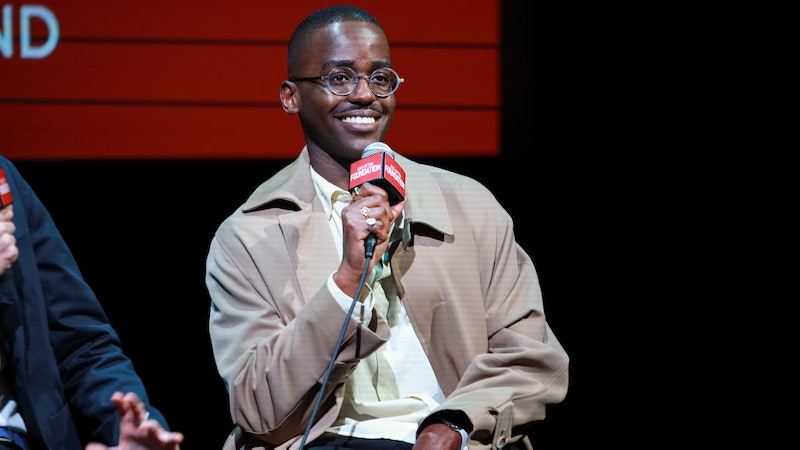 Unless you’ve been living under a rock, you’ve probably been watching the hit original Netflix show Sex Education. Now on its second season, Sex Education follows the students of Moordale High as they try to navigate dating, sex, and schoolwork. The charming and hilarious Eric totally steals the show. And breakout star Ncuti Gatwa is just a charming and funny as his onscreen character.

Although Eric is the TV role for which Gatwa is best known, he's also appeared on stage after studying at the Royal Conservatoire of Scotland. He played Demetrius in A Midsummer Night's Dream at Shakespeare's Globe Theatre. But he's not only a superb actor, but he’s also had a really interesting life.

Speaking to Clara Amfo on her new podcast about London This City, the actor talks moving to Scotland from his birthplace Kigali in Rwanda and why his mum is such a hero. He said: “I can't imagine what it must have been like for my mum to come to Scotland to the UK, to a completely different culture, language... With like three kids on your back and nothing else. And then just a start life. But I mean, we've got immigrant parents. We know that they're heroes.” Ncuti Gatwa was raised in Edinburgh and Dunfermline, after moving to Scotland aged two as things began to get “a little heated,” as he describes it, due to the conflict in his birth country.

Although Gatwa admits Scotland wasn’t the easiest of places to grow up as a black boy and it was a culture shock for his family, he says his mum has fallen in love with the country. “Now she's like so obsessed like she voted independence,” he said. He also shared an anecdote about his mum moving to Scotland on Guy Fawkes Night and being scared by the fireworks, believing it to be like “‘I've just left one war zone’. She thought it was guns going off or something.”

Now living in London, Gatwa talked about his life in the capital, how gentrification is making it an expensive city to live in, and what it was like meeting fellow actor Billy Porter — “we were fanboying, fangirling, everything over each other.”

Speaking on gentrification in the city, he said “I was booked and busy and it was peak trying to pay rent and trying to pay bills and then travel. And then that's just to exist” The young actor previously revealed in an interview with The Big Issue, he was without a permanent home when he first moved to London because of how pricey it was. “For five months before Sex Education, I was couch surfing among all my friends,” he told the magazine.