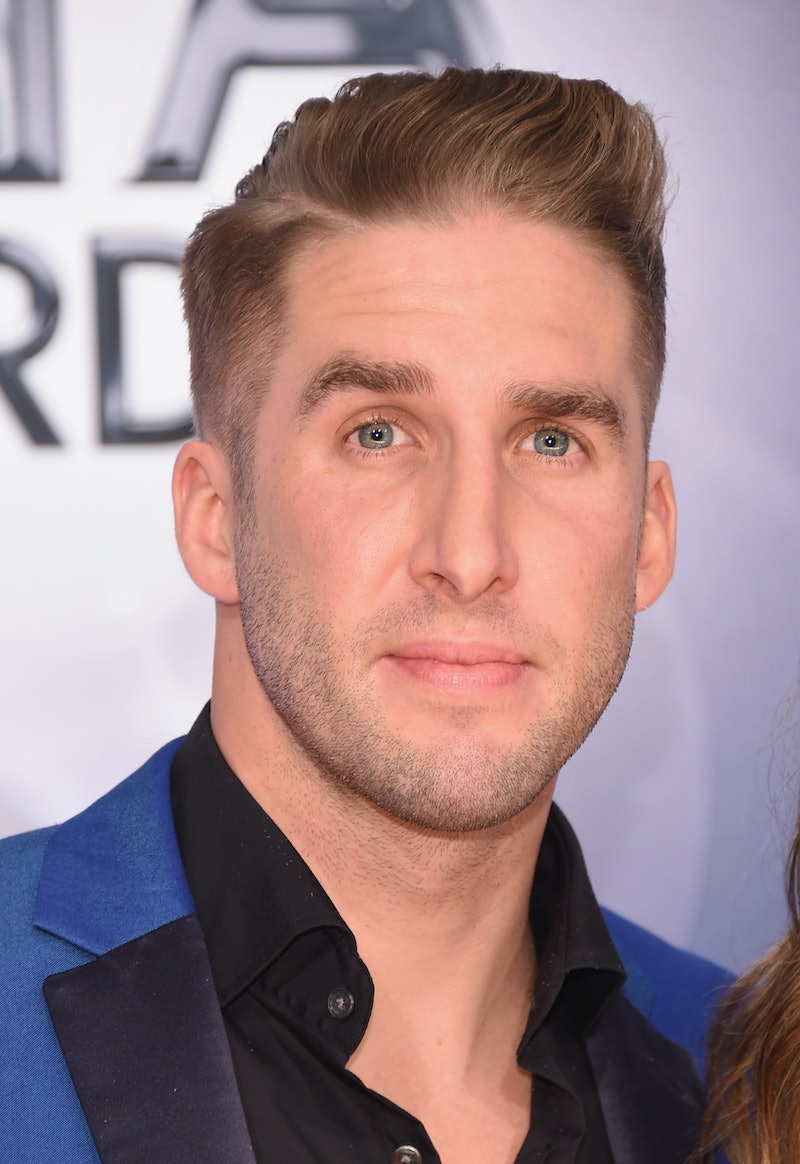 In an interview with E! News published March 11, fan-favorites Ben Higgins, Jared Haibon, Nick Viall, and Ashley Iaconetti all discussed Shawn's Bachelor potential. Of course, Shawn's name was never actually in the running previously, since he got engaged to Kaitlyn Bristowe on Season 11 of The Bachelorette back in 2015. However, a lot has changed since then. Shawn and Kaitlyn announced their breakup in November 2018. And now, Kaitlyn is dating Jason Tartick, the third-place finisher from Becca Kufrin's season of The Bachelorette.

Does this mean that Shawn will look for love on TV? He will, if Jared has a say. Jared met Shawn when they were both competing for roses on Kaitlyn's season and he has nothing but praise for the personal trainer. Jared declared to E! News,

"Shawn would make an incredible Bachelor. He's one of the most handsome men I've ever met in my entire life and he has this aura about him when he walks into a room."

Nevertheless, Jared's compliments go beyond looks. He went on to explain, "He has this certain warmth and he's very approachable. It's a great balance that he has." Jared even has a bold prediction about the first episode of Shawn's hypothetical season. He shared, "He would make such a great Bachelor because the women — literally night one — would fall for him. There would be so much drama because they would want Shawn so badly." That sure sounds like a ringing endorsement.

As nice as that is, Jared has never nabbed that lead role himself, so he can't exactly speak from personal experience. And that's where Ben comes in, as one of the most beloved Bachelors. He also got to know Shawn during Kaitlyn's Bachelorette season. Ben told E! News, "He's everything they want for a Bachelor. He's good looking, he's kind and he wants to find somebody." Plus, Ben can't be the Bachelor again, since he has a girlfriend now, recently revealing he's dating Jessica Clarke.

Nick, another former Bachelor lead, shared his two cents on the topic. As Bachelor historians may be aware, Nick and Shawn were at odds throughout Kaitlyn's Bachelorette season. Nick ultimately finished as the runner-up.

As expected, Nick wasn't bursting with compliments for Shawn. He began, "I don't know if anyone deserves to be the next Bachelor." Even so, Nick concluded, "But I think I'd watch him." Well, of course he's going to watch. There are fans every year who vow to skip a Bachelor season because their top choice didn't get to hand out the roses, but more often than not, they end up watching anyway.

While Jared, Ben, and Nick (sort of) are on board, Ashley I. isn't so sure reality TV is the best place for Shawn to find love. Instead, she suggested, "Let's hook Shawn up with someone really hot off camera." She explained, "Shawn can get someone in real life."

Either way, fans would definitely be down to watch this all play out. There are plenty of people rooting for Shawn to find lasting love. Some even tweeted about it.

While Jared is in full support of Shawn securing the Bachelor role, he admitted it probably won't happen. He told E! News, "I don't think he'll ever do the Bachelor franchise again — sad to say — because I wish #ShawnForBachelor was trending."

That hashtag was trending back in 2015 when Kaitlyn's season of The Bachelorette was still airing. But you never know, it just might pick up steam again, especially with Jared and Ben on board. Even Nick is semi-interested in the idea.

But what about Shawn himself? He hasn't spoken about this at all. In fact, Shawn has pretty much kept to himself for the most part, minus the January interview he did for The Ben and Ashley I Almost Famous Podcast.

The conversation was so emotional that they ended up pausing the recording multiple times so Shawn could collect himself. At one point, he admitted, "It's nerve-racking every time I pick up my phone."

Shawn explained, "I haven’t been on Twitter in months just because I don’t want to scroll the mentions. Then I go on Instagram, you know, I do that for business purposes." He even confessed that he gets a "pit in [his] stomach" when he scrolls through Instagram sometimes.

So, maybe Shawn does not want to see #ShawnForBachelor trending as much as his friends do. But you never know, he could change his mind in a few months.