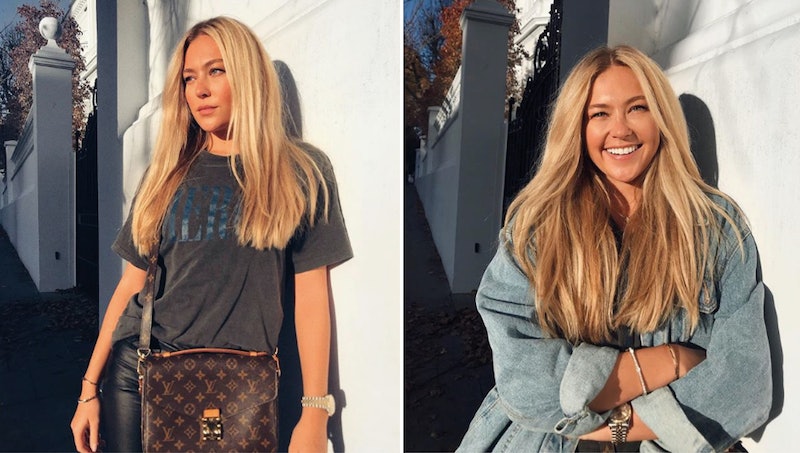 Shipwrecked is kicking off tonight and you already know you are hooked on this season's gang. This whole new era of E4's hit show is next level because not only has it been seven year's in the making, but also now you can get your stalk on ahead of time. Hell yes babe. And with regards to this shark or tiger, you will get a very professional look at her life. Yes, Shipwrecked's Hollie Hobin's Instagram and Twitter are a pretty slick look into her lifestyle.

Her Twitter account was only recently set up, obviously as she will be keen to get in on the chats and LOLs from viewers. Ugh it is going to be bloody great isn't it? Being able to talk about the show and have the stars comment in real time? Dreamy.

Social media-wise, Instagram is where Hobin really shines bright like a diamond. Living off basically, living, is a full time and very competitive job. So it's no surprise that successful influencer Hobin has it down to a fine art. Posing on holidays and bikinis a whole bunch suggests that she is absolutely ready for beach life. However her career is an especially phone heavy one at that, which may be a difficult adjustment for her.

Speaking to Channel 4 before the show aired, Hobin revealed her reasoning behind going on the show.

"My friends told me to do it. I also thought it would be interesting to see what would come of it. When else would I be able to live on an island?! I was so excited when they picked me and it didn’t sink in for a while".

Model Hobin might find the island a bit far removed from her glamorous and occasionally star studded lifestyle.

Like y'all this gal knows how to live. If it isn't holidays or glam days out, it's posing for fabulous photo shoots.

Such a fab lifestyle might mean she is a bit of a diva right? Well it looks like quite the opposite. While there were plenty of arguments and a lovely dollop of drama on the show, she rose above all the hate.

"I managed to avoid all the arguments. All the dramas went over my head. I didn’t feel any tension because I was oblivious to it all".

Sun lover Hobin is absolutely made for a show like this, with the filming location, the Cook Islands, ideal for any sun worshipping beach bum. And hey, she might not like tension, but how does she feel about being competitive? Because the prize for this competition is pretty immense. Y'all the winning team gets £50,000. What?! Yes. As well as a flipping month long holiday. That's nice work if you can get it.

So, we don't know who won the show, or how Hobin did but we do know one game she appears to have won.

"I wasn’t looking for a relationship but I always said if there was someone on the island I got on with, then I would go for it"

And did she? Yes y'all, the won the game of love.

Can't wait to see who the lucky person is.

Watch Shipwrecked on E4 weekdays at 9 p.m. from January 28