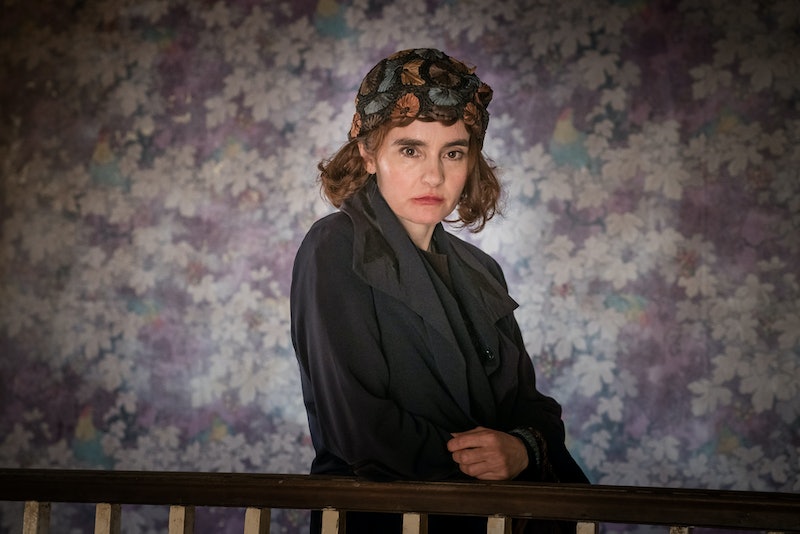 There are some faces you just can't forget. Like, Meryl Streep's, the weird dog down the street, or Donald Trump's. This actress is no different — she's got a face to remember. It's likely that you'll recognise her immediately, as she's the actor playing Rose Marbury in The ABC Murders, the new BBC One adaptation of Agatha Christie's novel, and it's just one great role among many. She's picked out some of the very best TV shows and films to star in, in fact, looking back over her career, it's likely Shirley Henderson has been in some of your favourite films, too.

Let's start with what might be her most obvious role, and the role she was probably born to play — good ol' Moaning Myrtle. Known formally as Myrtle Warren in the Harry Potter universe, Henderson couldn't have been a better fit for the bathroom dweller. On March 11, 2010, The Guardian wrote that it's Henderson's "tiny frame and bubble-light voice" that have made her "a shoo-in for roles such as Harry Potter's Moaning Myrtle," but her role as Mrs Rose Marbury is much sterner than the twee roles that she's played before. And that's a great thing.

"Rose Marbury runs a boarding house in Kings Cross, London," Henderson outlined to the BBC. "In a round about way, [she] offers up that there are other services available in this house in addition to just bed and board. She’s offering up her daughter as a prostitute." What a lovely lady.

With director Alex Gabassi at the helm — who's previously worked on the gloomy The Frankenstein Chronicles — you can expect a much darker take on the Christie classic. But there is a cute reunion between Henderson and fellow Harry Potter actor Rupert Grint, who plays Inspector Crome.

Henderson's known for far more than just her work in Harry Potter, though. Remember her in Trainspotting? Probably not. She did look a lot different, to be fair. In what wasn't so far off from her Moaning Myrtle role, she played Gail in Danny Boyle's film — you know, the one who ended up covered in her boyfriend Spud's vom and poop.

She's also played Jude in the Bridget Jones films, including the most recent of the saga — Bridget Jones' Baby. For those who don't remember, Jude was Bridget's best friend, and she appeared in each film — often alongside Shazza (Sally Phillips) and Tom (James Callis) — within the trilogy.

However, Henderson's grittier role as Mrs Rose Marbury should hopefully catch the eyes of even more casting directors, so we can hopefully see even more of her on our television screens. See for yourself — her role in this Christie adaptation is sure to eclipse those Moaning Myrtle associations. And if you want further Henderson in your life over the Christmas period, check out season 2 of Happy Valley on Netflix, where she stars opposite James Norton and Sarah Lancashire. If that doesn't help drown out those Harry Potter associations, I don't know what will.