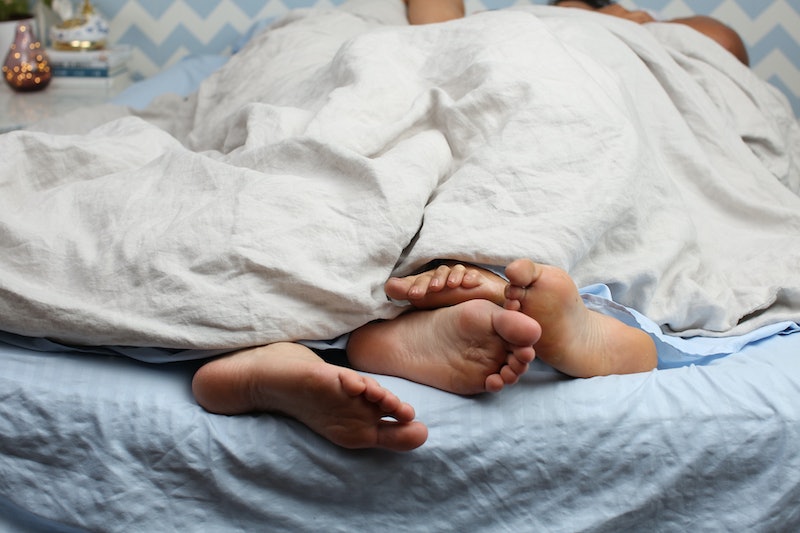 Emma McGowan, certified sex educator and writer, reveals why you should get tested, even if you're in a long-term relationship in this week's Sex IDK column.

Q: Should I get tested even if I'm in a long-term relationship?

The standard advice used to be that people in long-term relationships didn’t need STI testing. Because monogamy = no risk of infection, right? If you’re not sleeping with anyone else and your partner isn’t sleeping with anyone else, then where would the infections come from? And there are still health care providers who discourage people in relationships from getting tested or refuse to the run tests at all. But that’s a mistake, because people in long-term relationships should get tested, at least occasionally.

But getting tested when you’ve been with someone for a long time can be… Tricky. Your partner might think you’re cheating. Your partner might think that you think they’re cheating. And what if one of you is? So while I’m generally all for open and honest communication in relationships, I don’t blame someone who wants to get tested during their physical, without talking to their partner about it. I’ve experienced firsthand how STI stigma can make generally rational people totally irrational and think that we all should get the occasional pass, especially when there might not be anything to worry about.

So, yes, get tested. Unless you have a reason to believe you or your partner has been exposed to an STI, you probably only need to do it every few years. But before you freak out, remember: Most STIs are curable and all are treatable. And it’s always better to know than to not know.

Here are four reasons why it’s a good idea to get tested, even if you’re in a long-term relationship.