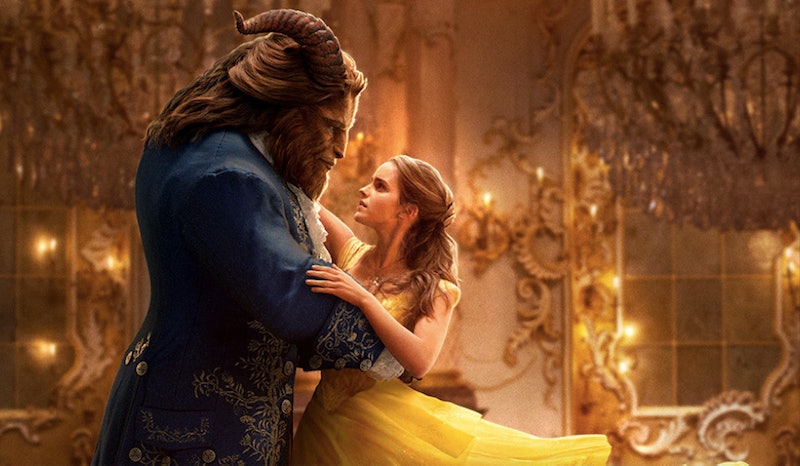 I’m a Snow White, at least I am according to my zodiac sign. If we’re going by different quiz standards, I’m an Ariel, while others seem to think I'm Anna from Frozen. If I’m being honest with myself, I’m sure I could find no less than a few hundred online “Which Disney Princess Are You?” quizzes that will each align me with a different member of cartoon royalty. If I’m being honest with you, that’s not something I am above doing. (And if I’m being extra honest, I may have retaken one of the above quizzes because I thought the initial result was wrong.)

The internet loves to wax nostalgic because internet content is, of course, consumed and created by people, and people are in love with the idea of things that once were. Our love of nostalgia is nothing new. It was part of our cultural currency long before online quizzes and the promo posters for Ready Player One. However, the recent influx in Disney princess-specific nostalgia over the last few years is no coincidence given the audience who is currently coming of age: millennials. (Did you honestly think you’d make it through an entire piece about Disney princesses without seeing the "M" word at least once? Dream on, Cinderella.) It seems as though we may never truly outgrow our Disney princess obsession, no matter how old we get — and that's not a bad thing.

Nostalgia Is A Wish Your Heart Makes

On a recent episode of the podcast Two Guys on Your Head, broadcast by NPR’s Austin affiliate station, hosts Dr. Art Markman and Dr. Bob Duke spoke about the origins of nostalgia. Etymologically, the word “nostalgia” comes from Greek roots which mean “return home” and “pain.” At its core, nostalgia is both comforting and mournful, a “bittersweet longing” as described by Markman and Duke.

“The things that happen to us that are lovely in the past, especially when you’re young and lack perspective, are often gloriously lovely,” they said on the podcast. When remembered at their best, Disney princesses embody hope, happiness, and ultimate wish fulfillment. I mean, who wouldn’t want to be literal royalty?

Nostalgia in and of itself works as a kind of “wish granter” as well, at least psychologically. A recent study on nostalgia from Rutgers University found that nostalgic reflection presents measurable psychological benefits — for some, it can provide a sense of confidence, community, and social belonging.

This affirms previous research that found similar benefits of nostalgia, specifically in its ability to counteract anxiety, boredom, and feelings of loneliness.

“Historically, nostalgia has not always been viewed as a positive experience,” Reid tells Bustle. “But social psychological research demonstrates that it very much is a positive experience that contributes to well-being. Nostalgia counteracts loneliness and makes us feel more socially connected by reminding us of the valuable relationships in our lives. By looking backward, we also feel more optimistic about the future, feel a greater sense of continuity in our lives, and feel that our lives have more meaning. It’s a good thing.”

As someone who audibly aww-ed at a VHS of Aladdin I recently saw at a thrift store, I can agree that fond remembrance does feel inherently good.

When Will My TV Screen Show Who I Am: Princesses and Representation

For many of us, Disney princesses are the first representation we see and learn of many character archetypes — archetypes that help us navigate storytelling and identity: the hero’s journey, the damsel in distress, the prize (love, or in many cases, the princess herself). As Indiana University professor Dr. Karen E. Wohlwend writes about in her paper “Damsels in Discourse,” children use existing references to contextualize their own play narratives. (Think “playing house” or “playing princesses” when you were younger.)

“Children form strong (often passionate) attachments to the characters and it's not surprising that these attachments persist for many of us into adulthood,” Wohlwend told Mashable.

Our interactions with Disney princesses didn’t stop when we turned off the movie (... if we ever turned off the movie). They were on our bookshelves, among our stuffed animals, on our school supplies, and bed sheets. As Wohlwend said, integrated marketing and entertainment (like princess movies, toys, books, etc.) essentially allowed a child to pretend to “'be' Cinderella all day long.”

The representations of princesses are in themselves nostalgic, harkening back to medieval-ish icons (castles, knights, kings, and queens) while still remaining modern. As Rebecca-Anne C. Do Rozario writes in her paper “The Princess and the Magic Kingdom: Beyond Nostalgia, the Function of the Disney Princess,” nostalgia and princess culture are inherently intertwined in American discourse.

Representation, of course, extends beyond showing us what the past looks like. Mulan was one of the few representations of Asian American women I saw as a child, aside from the Yellow Power Ranger and Wanda from The Magic School Bus. Despite the fact that I have no specific familial ties to China — I’m half-Filipino, half-white — seeing a character, even an animated one, that looked noticeably more like me than any of the blonde-haired, blue-eyed princesses was impactful. Seeing Mulan alongside Belle and Sleeping Beauty mirrored my experience as one of the few Asian people in my Midwestern hometown. For what felt like the first time, I saw my peers and pop culture celebrate a face that looked like mine.

It also helped that Mulan remains arguably one of the most badass people in Disney princess canon.

I'll Make A Meme Out Of You: Reinventing the Past

Disney princesses feel both nostalgic and perpetually new, in part because animated characters don’t age, but mostly because we keep reinventing them. In addition to the live-action reboots of classics like Beauty and the Beast and the forthcoming Aladdin, we have an apparent cultural desire to create a revisionist history of Disney princesses.

We reimagine them as the punk, queer, feminist, hot dogs we wish they were. We take quizzes that align ourselves with each princess’ most favorable traits. We excuse the misogyny or try to ignore the inherent sexism in order to preserve our idealized version of these princesses and, in turn, our own pasts.

In her paper “The Princess and the Magic Kingdom,” Do Rozario quotes Karal Ann Marling, who said, “We have false memories of the Disney films of our childhood, I think. In retrospect, they seem sugar-pie sweet and neatly detached from the problems of the culture in which they were conceived, made, and marketed.”

Culture doesn’t exist in a timeless vacuum — quite the opposite, in fact. Often, our pop culture relics of the past are exactly what informs our understanding of where we’ve been as a society and where we hope to go in the future.

Critiques of adults who love Disney princess culture, specifically women who love it, speak to a greater infantilization of female-centric fascination. Do we approach nostalgic obsession with Star Wars or sports teams the same way we do Disney princesses? The former are arguably geared toward all ages, while Disney princesses are often considered to be for young girls. Perhaps that also speaks to a lack of female representation among media meant to be consumed by audiences of all ages.

Our Disney princess obsession is difficult to pin on one particular thing. Nostalgia certainly plays a key part in it; we want to relive and remember things that make our brain feel good. However, representation and making the old feel perpetually new (and the internet’s wont to do just that) certainly contribute to extending our princess phase long past childhood. And rather than forcing ourselves to grow out of that phase, we’ve created characters that continue to grow up along with us.

Bustle’s Royally Fascinated series is all about owning our obsession with princesses — and exploring why that’s an empowering thing.

More like this
Wimbledon Alters All-White Kit Rule Amid Candid Period Discussions
By Catharina Cheung and Rachel Mantock
These 4 Zodiac Signs Have Naturally Inquisitive Souls
By Nina Kahn
Heinz Just Relaunched A Bean-Tastic '90s Fave
By Sam Ramsden
Iran Has Issued A Death Sentence Over Mahsa Amini Protests
By Catharina Cheung, Darshita Goyal and Maxine Harrison
Get Even More From Bustle — Sign Up For The Newsletter