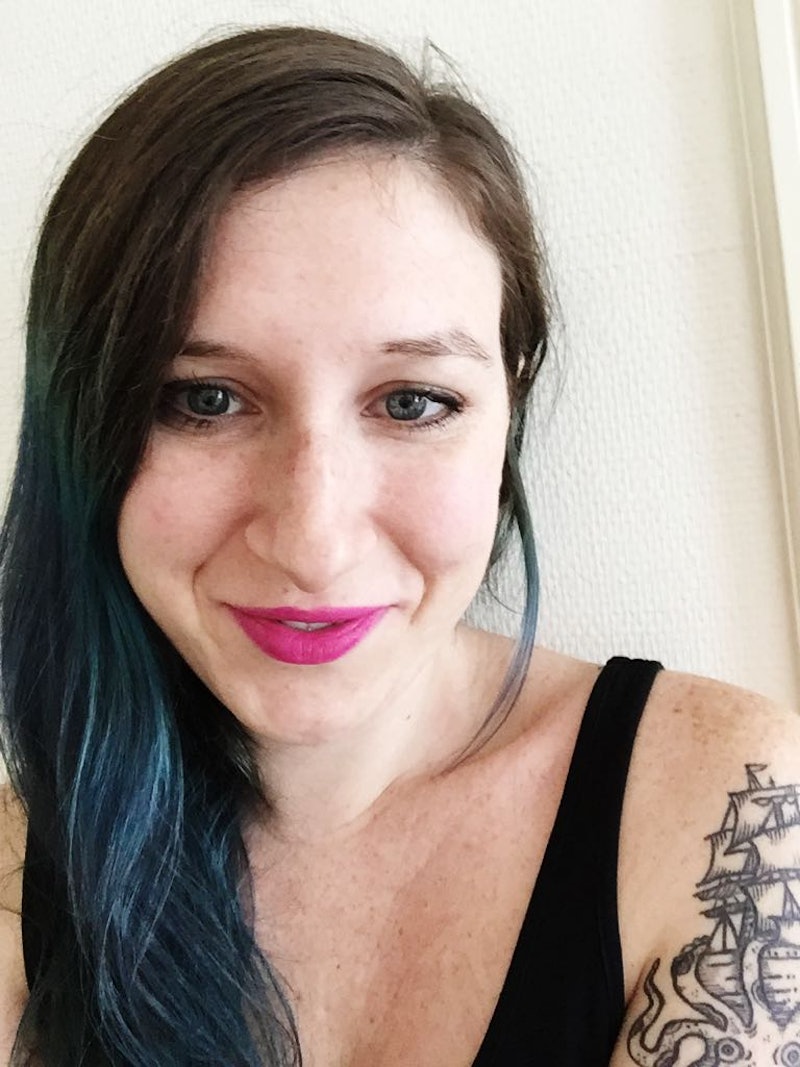 "That was really brave of you to talk about your sex life. Could you tell me what it was like to be that vulnerable?” I was being interviewed on the radio about a recent piece of mine — "4 Reasons I Don’t Consider Orgasm the Goal of Sex" — and the first question stumped me. I actually didn’t have to tap into my courage reservoir to write that. I was describing an experience that seemed normal to me: feeling pressure to orgasm and realizing I liked sex better when I wasn’t thinking about that. I wasn’t ashamed — until I received that question.

This wasn’t the first time I’d been called “brave.” It’s a compliment often used toward women who buck social norms, whether it’s by wearing a plus-size swimsuit, traveling alone, or, in my case, talking about sex. But you’re not being brave if you’re not afraid. And assuming someone’s afraid implies they have a reason to be.

Sure, there were times when I was afraid to talk about my sex life. When I thought others might judge me as abnormal. When I was scared of being called a slut. When I feared my family seeing my articles. But I shouldn't have had to be afraid. And I realized that pretty quickly.

Fear of talking about sex is sort of like fear of jumping into the ocean. Once you’re in, you realize there was nothing to be afraid of. Some of us, of course, do have reasons to fear talking about sex, like backlash from our families or employers. But in my case and I’d venture to say many others’, it’s just something we’re afraid of because society says we should be. Yes, people now know “private” things about me. But I had no reason to keep them private in the first place. Having sexual desires and feelings does not reflect poorly on me.

Many people have the idea that it’s embarrassing for others to know about our sex lives. I disagree, because sex isn’t embarrassing. I have no problem with anyone knowing what sex toys or sexual acts or birth control methods I like. These things say nothing about what kind of person I am.

"Sex is one of the most taboo topics for people to bring up in conversation," sex educator Kenna Cook tells Bustle. "They don't know how to act when it's brought up, they don't know if they are being a 'slut' or a 'prude' because of what they are saying, and most of the time, people think we should only talk about sex when we are having sex — and sometimes not even then! We need to normalize talking about sex because having sex is normal! And that means any kind of consensual, risk-aware, safe sex — not just heteronormative sex. But the more we talk to each other about what we know — and especially what we don't know — about sex, the sooner sex can start being treated as just as important as talking about any other aspect of our physical and emotional well-being."

This doesn’t mean we can’t applaud people who talk about sex. It does, after all, help us progress as a society. But a better way to say this would be, “Thank you so much for being open. It invites others to do the same, which is very needed.”

More like this
Are Gemini & Leo Compatible In A Relationship?
By Kristine Fellizar
Here’s How To Deal With Sexual Frustration If You Don’t Want Casual Sex
By Annakeara Stinson and Mackenzie Sylvester
Here’s How To Reignite The Spark In A Sexless Relationship
By Vanessa Marin
The Juiciest “Would You Rather” Questions For Couples
By Alice Broster and Rachel Mantock
Get Even More From Bustle — Sign Up For The Newsletter