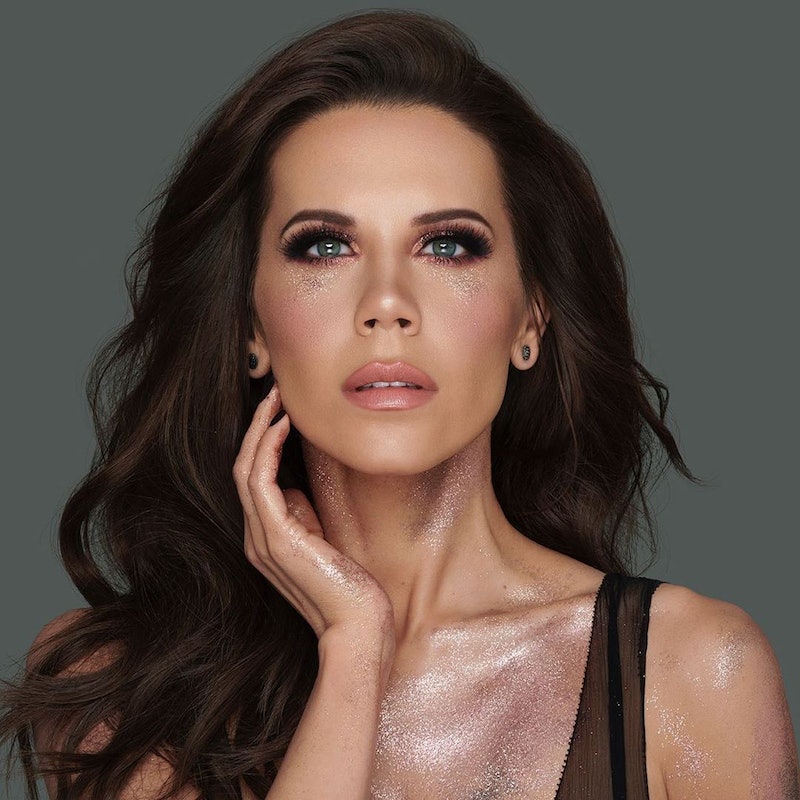 Black Friday is almost universally associated with sales, not product launches, but Tati Beauty is going to change that. The eponymous beauty brand from YouTube star Tati Westbrook is debuting its latest product on the shopping holiday. According to the influencer, the new item in the Tati Beauty lineup is a "game changer."

Westbrook sat down with ET Style to discuss everything from the success of her first launch — the Textured Neutrals Vol. I eyeshadow palette — to potentially leaving YouTube and the state of the beauty community. One bit of information that fans will want to know, though, is that Westbrook just announced when the next Tati Beauty product is hitting internet shelves.

In the interview, Westbrook reveals that the second iteration of the Textured Neutrals palette will be launching in 2020. Yes, that's exciting news for fans, but it's actually not the biggest moment from the sit down. Westbrook went on to say that there's a new Tati Beauty product launching "in a few weeks." When pressed for the specific date, the guru readily answered, "Okay, Black Friday. It's go time."

Tati Westbrook probably just changed your Black Friday plans if you're a fan who hadn't planned to take part in the shopping holiday.

Westbrook also gave a few hints about what the new product might be, but overall, the launch still remains a mystery. According to the YouTuber, the new item isn't a palette, but it is revolutionary.

"This one is like a game changer," she told ET, "This one is going to be the thing that is so different, changes it all, and really helps everybody's beauty routine." While Westbrook doesn't reveal if the item is complexion, eye, or lip based, it certainly appears as if it will be universally usable, and product inclusivity is always welcome.

Whatever is next for Tati Beauty, the guru's brand has undoubtedly been a success. According to Westbrook's company, the inaugural palette sold 100,000 units in just 24 hours, and in a video upload to her channel, Westbrook revealed that the subsequent pre-order campaign is near its end as well.

Tati Beauty isn't the only successful company the guru is running, either. In Feb. 2018, Westbrook's Halo Beauty hit the internet with its Hair, Skin, and Nails Booster. While there was a bit of confusion over Westbrook's decision to launch supplements as opposed to cosmetics, the company has continued to grow. A few months after its initial launch, Halo debuted a second supplement, the Kiwi Seed Booster, and also now offers refills and subscription services.

While fans may have been waiting patiently for the Tati Beauty Textured Neutral Vol. 2 palette, they're getting something that could be even more exciting: a brand new product from Westbrook.