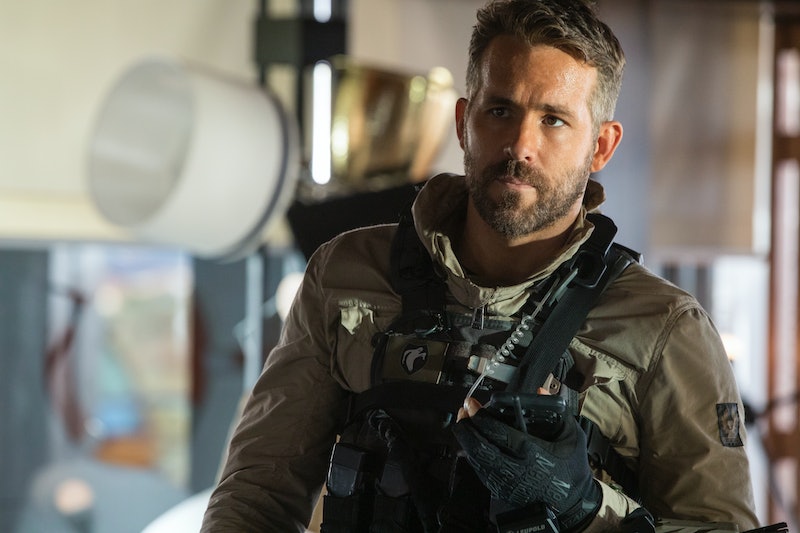 Ryan Reynolds is basically the new Dwayne Johnson in that he seems to have a new movie coming out every other week. This past summer, Reynolds starred in the Pokemon movie Detective Pikachu and cameoed in Johnson's Fast & Furious spinoff Hobbs & Shaw, and the actor has a whopping four films due out next year — one of which, Red Notice, co-stars Johnson. But in between those projects and hidden among the new movies & shows on Netflix this week, is a brand new action movie starring Reynolds... no Johnson this time, though.

The movie is called 6 Underground, and it's about a group of vigilantes led by Reynolds who travel the world defeating bad guys. Each of them has a distinct specialty that aids in their missions, making them similar to a 21st century version of The A-Team, with one key difference: everyone on the team is dead. OK, they're not actually dead, but they've all faked their deaths in order to erase their pasts and start their lives anew as members of Reynolds' team. The movie is directed by Michael Bay, which means fans can expect lots of the typical "Bayhem" of explosions, chase scenes, and cartoonish violence.

If you're not in the mood for a big action movie, fear not, as Netflix has plenty of other selections to choose from this week. Take a look below for a rundown of all of them.

More like this
Here’s Everything Coming To & Leaving Netflix In February
By Jake Viswanath
This 'Gossip Girl' Wardrobe Error Has Gone Viral On TikTok
By Alyssa Lapid
Hilary Duff Is “Optimistic” About A 'Lizzie McGuire' Reboot
By Alyssa Lapid
'Friends' Star Maggie Wheeler Offers Support To Matthew Perry After Reading His Memoir
By Alyssa Lapid
Get Even More From Bustle — Sign Up For The Newsletter
From hair trends to relationship advice, our daily newsletter has everything you need to sound like a person who’s on TikTok, even if you aren’t.