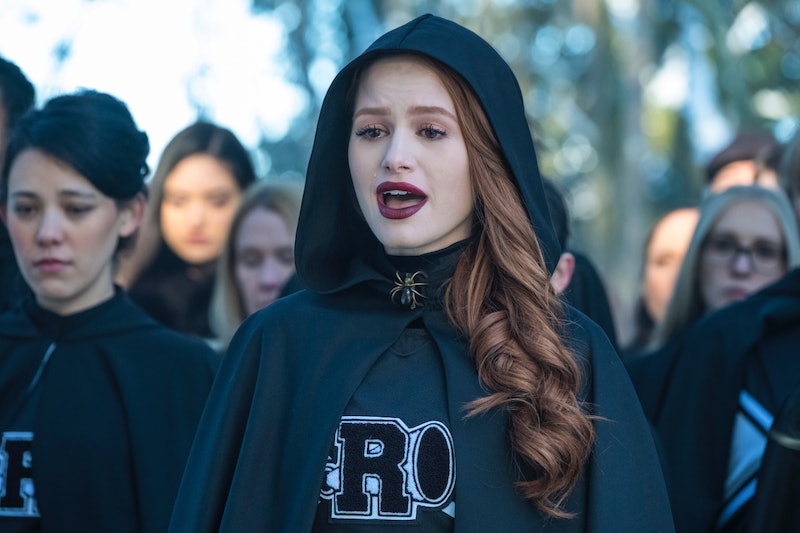 Every week, Riverdale seems to introduce an even wilder storyline. Before the CW show premiered in January 2017, there was skepticism about how a show based on the wholesome Archie comics, but dark, would work. Surprisingly well, as it turns out! That doesn't mean there aren't crazy plot holes, insane names, bonkers storylines, and questionable resolutions, but the most ridiculous things that have happened on Riverdale often just leave fans wanting more. With every insane thing that's already happened, how could the writers possibly up the ante? Seeing them go increasingly off the rails has become half the fun of watching.

Take a quick glance at the Riverdale subreddit, and you'll see posts like, "Veronica doesn't make sense anymore," "Hahahahaha, who are you, show?" and "Okay, so like, what even is the farm? Like seriously." They're all valid points that often raise more questions than answers, but it also reveals how committed Riverdale fans are. No matter what twists and turns the show throws at viewers, they're along for the ride. When the Pretty Poisons were added to the growing roster of town gangs, why not? When a mythological, branch-adorned creature called the Gargoyle King showed up as the latest Big Bad? Sure! When Jughead uttered the line, "No one's innocent in Crime Town"? Fine, whatever. Because there are so many to keep track of, here are the 22 most out-there things that have happened on the show so far — with more assuredly to come.

More like this
Nicola Coughlan Shared A Lady Whistledown Excerpt From ‘Bridgerton’ Season 3
By Grace Wehniainen, Alyssa Lapid and Sam Ramsden
Here's When 'The Crown' Season 5 Will Premiere — And What To Expect
By Bustle Editors
The 'Andor' Timeline, Explained
By Gretchen Smail
Alicent's Green Dress In 'House Of The Dragon' May Be An Act Of War
By Kadin Burnett
Get Even More From Bustle — Sign Up For The Newsletter