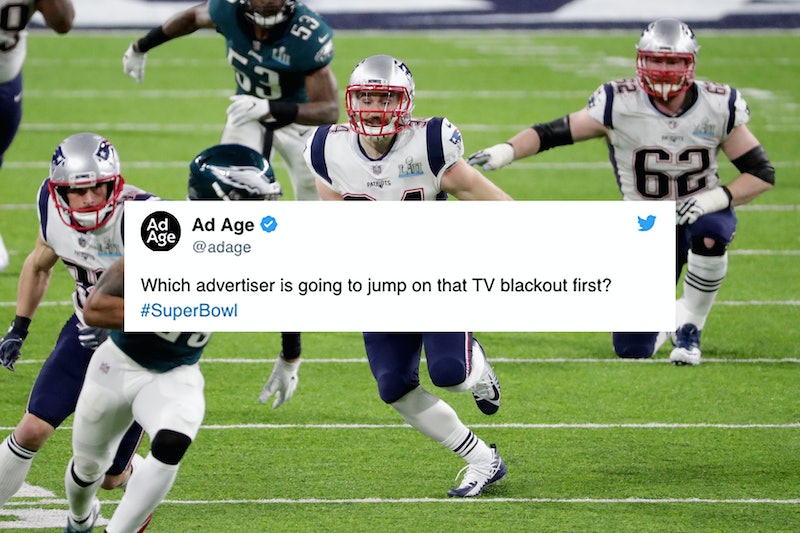 As the Philadelphia Eagles played the New England Patriots during Super Bowl LII on Sunday, television screens around the nation briefly went dark. If you're like me, you may have assumed the blackout was due to someone at your Super Bowl party sitting on the remote, but you actually don't have to blame your party guests for this one. There was a nationwide blackout that lasted for several seconds during Super Bowl LII, and although we don't know too much about it, Twitter was ready with memes and jokes, and some of the best reactions to the TV screen blackout during the 2018 Super Bowl racked up hundreds of likes and retweets in minutes.

NBC Sports said it was a brief equipment failure and that we didn't miss any commercials or parts of the game during the blackout, but the technical glitch did about the length of a commercial. Some people speculated that NBC had technical difficulties while trying to broadcast an advertisement and would lose a ton of money due to the mistake, even though that ended up not being true. But things could be much worse: During the 2013 Super Bowl, the power went out unexpectedly, and the game was stopped for 34 minutes. Thankfully, this blackout didn't bring any real consequences aside from hilarious memes and speculation. These are some of the best reactions to the screen blackout so far.