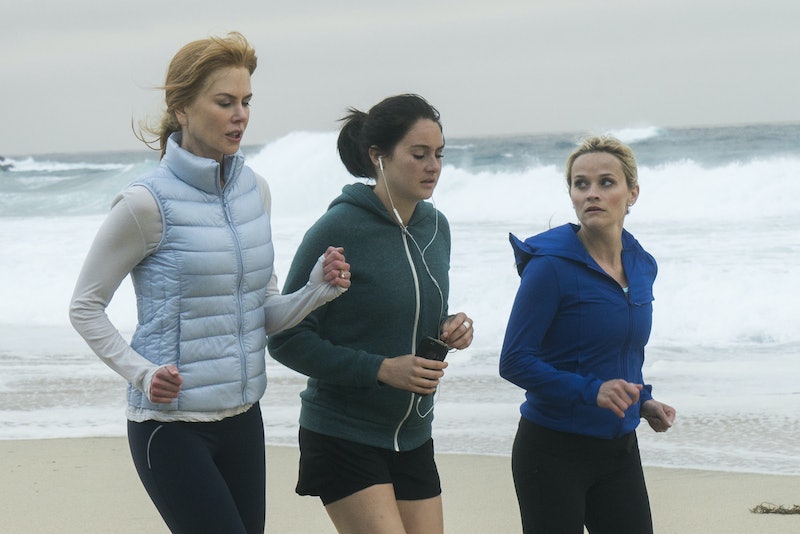 Over the last year, Reese Witherspoon has been a tireless champion of the Time's Up movement. And now, thanks to the actor and many of her female co-stars, one network executive has revealed how Big Little Lies inspired HBO to address pay disparities across all of their shows.

In January, The Hollywood Reporter divulged that the female stars of Big Little Lies would be receiving substantial pay increases for the hit mini-series' second season. Considering BLL's success — as well as the crazy number of awards the show has garnered over the last year — this didn't exactly come as a surprise. The reason the news was significant, however, was because of what it reflected: that Hollywood was finally starting to acknowledge the value of women.

Now, in an interview with The Hollywood Reporter published on April 9, HBO's president of programming, Casey Bloys, revealed that, thanks in part to the Big Little Lies cast's involvement with the Time's Up movement, the network has been actively making a concerted effort towards eliminating the gender pay gap in Hollywood across all of their shows. Bloys explained,

"One of the things that's come out of thinking about the [Time's Up] movement and some conversations with Reese [Witherspoon], who's really at the forefront, is something we've done recently. We’ve proactively gone through all of our shows — in fact, we just finished our process where we went through and made sure that there were no inappropriate disparities in pay; and where there were, if we found any, we corrected it going forward. And that's a direct result of the Time's Up movement."

This is a huge step forward for the movement, and a testament to the leadership exhibited by the cast of Big Little Lies.

While Bloys wasn't willing to admit which HBO shows had previously existing pay disparities, he emphasized the simple fact that now, "people are getting what they deserve." The network's comprehensive examination into pay disparities between male and female actors — while timely and important — would still, however, continue to be reflective of an actor's success and merit, he added.

"When you're putting a show together, people come in with different levels of experience and maybe some people have won awards or something that makes them stand out," Bloy explained to THR. "But when you get into season two or three of a show and the show is a success, it is much harder to justify paying people wildly disparate numbers, and that's where you have to make sure that you're looking at the numbers — that they don't end up just on the path they were on from the pilot stage."

In terms of the impact that Time's Up has had on Hollywood and beyond, Bloys pointed out that, "the thing that has been interesting about the whole movement is that it really is reminding everybody to do what's right, and I think it's retraining all of our thinking."

The pay disparity between men and women in Hollywood has been under serious scrutiny since the rise of the Time's Up initiative late last year. In January, THR revealed that Michelle Williams was paid approximately one-tenth of 1% less than her male co-star, Mark Wahlberg, for reshoots of their film, All the Money in the World. (Wahlberg later donated his reshoot salary to the Time's Up Legal Defense Fund.)

In March, Variety reported that The Crown star Matt Smith — who played Prince Philip in show's first two seasons, and was undoubtedly a secondary character to Claire Foy's Queen Elizabeth, was paid more than Foy because of his past starring role on Doctor Who. "Going forward, no one gets paid more than the Queen," producer Suzanne Mackie said.

HBO's effort to close the gender-based pay gap in Hollywood is certainly an important milestone, but there's still much work to be done. Luckily, women like Witherspoon, her Big Little Lies co-stars, and countless other supportive celebrities — men and women alike — are using their superstar platforms to help make progress along the way.