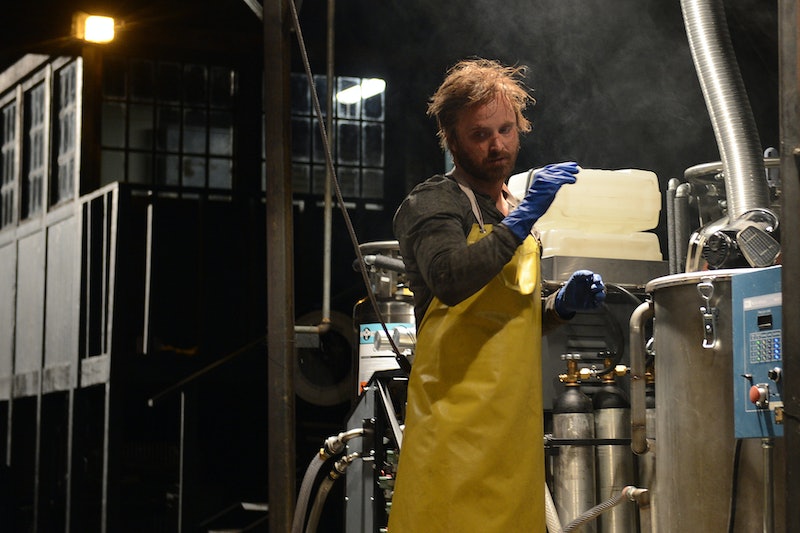 Gilligan has been highly secretive when it comes to details about the Breaking Bad film sequel. But the movie will follow Aaron Paul's Jesse Pinkman immediately after Bryan Cranston's Walter White died in the series finale. In the penultimate episode, Walt himself predicted the ending of the AMC series to his lawyer Saul Goodman.

"I am going to kill Jack and his entire crew and I am going to take back what is mine and give it to my children. And then, and only then, am I through," Walt said. But here's exactly how Walt's story ended in Breaking Bad — and how it will play a part in Jesse's story in El Camino.

More like this
'The Last Of Us' Has Officially Been Renewed For Season 2
By Darshita Goyal
This 'Gossip Girl' Wardrobe Error Has Gone Viral On TikTok
By Alyssa Lapid
'Breaking Bad' Duo Walt & Jesse Are Back — In This Super Bowl Commercial
By Jake Viswanath
Everything To Know About The 'Daisy Jones & The Six' TV Series
By Maxine Harrison and Brad Witter
Get Even More From Bustle — Sign Up For The Newsletter
From hair trends to relationship advice, our daily newsletter has everything you need to sound like a person who’s on TikTok, even if you aren’t.