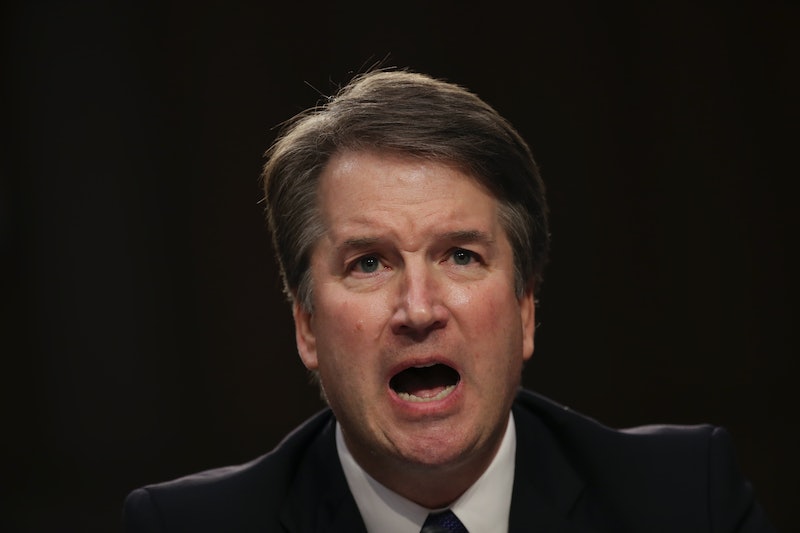 The FBI has completed its investigation into the sexual misconduct allegations against Supreme Court nominee Brett Kavanaugh — but many of Kavanaugh's opponents say the investigation was incomplete. In addition to the fact that the probe was authorized and carried out in less than a week, more than 20 potential Kavanaugh witnesses reportedly weren't interviewed by the FBI, including Kavanaugh himself and two of the women who made accusations against him.

Dr. Christine Blasey Ford, Deborah Ramirez, and Julie Swetnick have all gone on the record accusing Kavanaugh of some manner of sexual misconduct. Ford claims he pinned her to a bed, groped her, tried to take off her clothes and pressed his hand against her mouth when she tried to scream; Ramirez claims he exposed his penis to her and shoved it in her face; and Swetnick claims he was "present" during her rape and that of other women. Kavanaugh categorically denies all of the allegations.

Here are the named witnesses whom the FBI didn't interview, according to the witnesses themselves, statements from Ford's lawyers, and various reports in the New Yorker, CNN, and the Huffington Post.

In addition to the above individuals, there have been several reports of witnesses who, though not identified publicly by name, also weren't interviewed by the FBI.

Because none of the above witnesses were identified, it's possible that some of them were already included in the earlier tally of named witnesses. As such, there may be some crossover between the two lists; it's therefore impossible to say exactly how many potential Kavanaugh witnesses the FBI declined to interview.

That ambiguity notwithstanding, one thing is abundantly clear: While investigating the sexual misconduct allegations against Kavanaugh, the FBI did not interview at least 20 — and possibly over 80 — witnesses who may have had relevant information to contribute to the investigation.