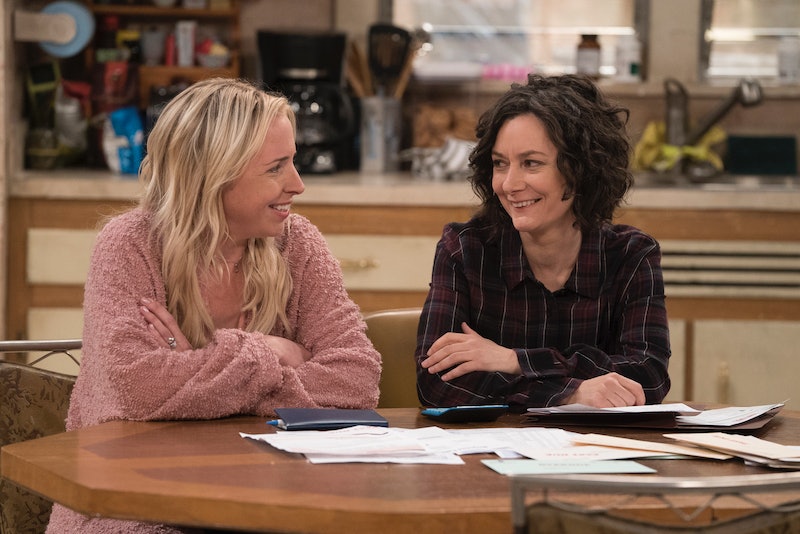 Roseanne might be gone, but it's humor won't be forgotten on its upcoming spin-off. That's clear from the first footage of The Conners, which shows what life is like without Roseanne, both the character and the actor who was fired by the network after a racist tweet. (Roseanne Barr has since apologized and deleted the tweet.) Specifically, the promo shows how hard the holidays might be this year for the on-screen family — but leave it to Darlene to lighten the mood.

In the new trailer for The Conners, which premiered on Entertainment Weekly, fans get to check in with the family following Barr's departure. While ABC hasn't confirmed how The Conners has written Roseanne off, the clip seems to suggest Roseanne has passed away in the new series, which premieres Oct. 16. Last month in an interview with the U.K.'s Sunday Times, Goodman even said that Roseanne was dead in the spin-off so it's not all that surprising. But for fans what may be surprising is how the show is making light of her departure.

The trailer starts with a joke about how there will be "one thing on everyone's mind" when The Conners finally airs. "There's no place for the corn holders," Roseanne's sister Jackie, played by Laurie Metcalf, says in the middle of the Conners' messy kitchen, only to have the voiceover say, "No, that's not it." 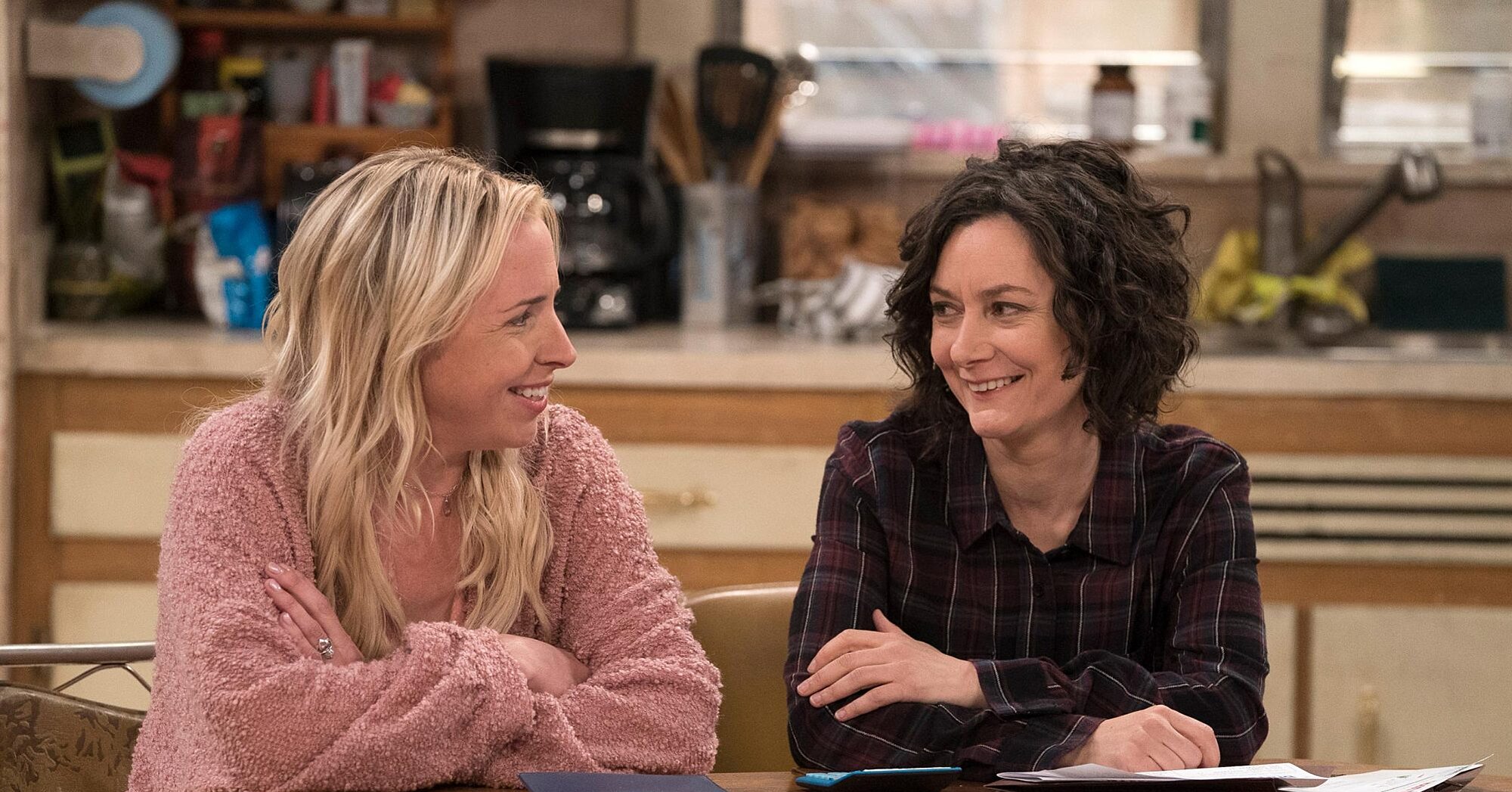 Of course it's not, but what that joke shows is that The Conners wants to be funny even if the reason they're missing their matriarch isn't. The trailer leans into the idea that this show will focus on family with shots of Darlene (Sara Gilbert) being hugged by her little brother D.J. (Michael Fishman), who seems to have encouraged his family, his sister Becky (Lecy Goranson) included, to go to church.

Even when tackling sadder moments, The Conners is ready with a joke. When Jackie questions what the "game plan" is for the holidays, Darlene's suggestion should get a good chuckle from Roseanne fans. “I say we follow the Conner tradition," she says. "Spend every dime on Halloween and then we have nothing to be thankful for or buy gifts with!”

It's the show's way of saying, not much has changed beyond its name. But this spinoff will look a little different than it did last season. D.J.'s wife, Geena has been recast with Maya Lynn Robinson replacing The Mindy Project's Xosha Roquemore, who appeared in one episode of Roseanne Season 10. Robinson is coming on as a series regular, which means fans will get to know 2nd Lieutenant Geena Conner, who was stationed overseas in the finale season of Roseanne, much better. And it's clear she has a story to tell since she has a history with the show. Geena was the little girl who D.J. didn't want to kiss because she was Black in a Season 7 episode called "White Men Can't Kiss."

The Conners also added Juliette Lewis to the cast as a brand new character that was referenced in Season 1. Lewis will play Blue, David's girlfriend, which, yes, means Johnny Galecki will also be back to reprise his role as David Healy, Darlene's ex-husband and father to Harris and Mark following his one-episode stint on Roseanne last season.

While The Conners know that many fans will be tuning in to see how they handle the Roseanne situation, they're making sure there are other reasons for viewers to tune in. Like, say, how Darlene is going to handle meeting David's new girlfriend.