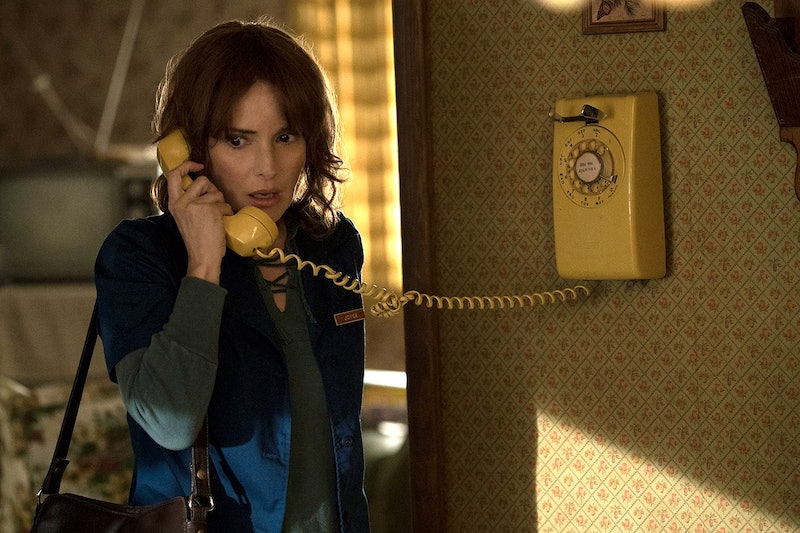 When you need help keeping secrets in the Upside Down, who ya gonna call? Westeros, it turns outs. According to Entertainment Weekly, the Stranger Things team consulted with Game of Thrones producers about how to keep spoiler-hungry fans from leaking secrets about Season 2. "We literally consulted with the producers on Game of Thrones to learn security protocols," Stranger Things executive producer Shawn Levy told EW.

During filming for Season 1, Stranger Things was a completely unknown quantity. When it dropped on Netflix, there was little to no buzz prior to its arrival. Because of this, during the filming of Season 1, the show really didn't need much in the way of spoiler security. That changed the minute viewers actually watched the show though. Almost overnight, a devoted fandom sprung up around the show, and everyone you knew started sporting Save Barb t-shirts and theorizing about the Upside Down.

With a passionate fanbase comes spoiler cravings, so the Duffer Brothers and the rest of the Stranger Things gang knew they had to tighten security in order to preserve the integrity of Season 2. As the latest fan favorite genre show on the block, they turned to their wise, older sister, Game of Thrones, to guide them in the ways of guarding scripts and closing sets. Like a real life Varys, the Game of Thrones team taught the Stranger Things folks the ways of keeping little birds from releasing spoilers on the Internet. However, Levy knows better than to divulge any of the tactics the Game of Thrones producers shared, lest fans figure how to crack the shows' codes.

Knowing the worlds of Westeros and Hawkins, Indiana collided to collaborate on the fine art of secret keeping is awesome. While many fans live for spoilers, for others, going into shows with twisty plots like Game of Thrones and Stranger Things with no hint about what lies ahead is part of the fun. While the producers behind each show could have viewed each other as competitors, they instead came together to share advice on how to make sure viewers don't know every single plot detail months before the show airs. The things your favorite genre shows do for the love of storytelling, am I right? If only the Starks and the Lannisters could get along so well.

No matter where you stand on spoilers, you have to admit the news of this real life crossover is amazing. I can just imagine Game of Thrones creators David Benioff and D.B. Weiss offering tips on safe-guarding scripts to the Duffer Brothers in exchange for Season 2 hints. Come on, there's no way the men who take such joy in writing for Littlefinger would miss a chance for a little Upside Down scoop.

Just remember, when Stranger Things Season 2 lands on Netflix this Halloween, you will have the Game of Thrones producers to thank/blame for your total lack of Eleven spoilers.