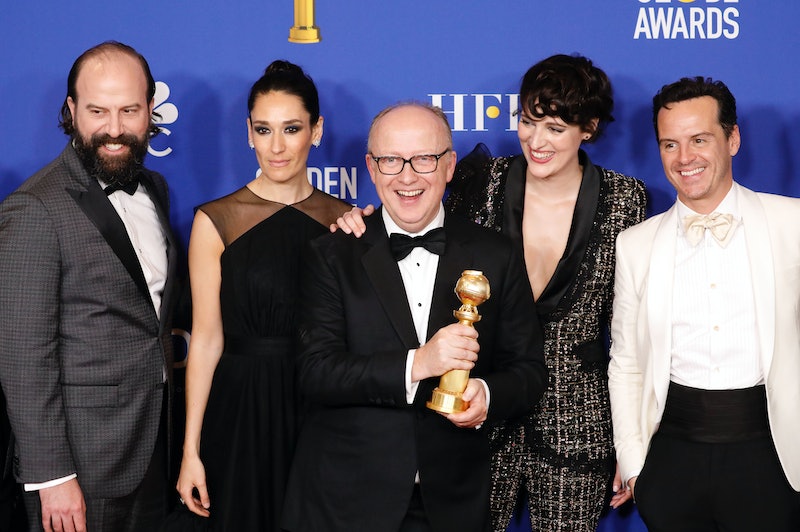 With coronavirus-related social distancing set to keep going indefinitely and continued cancellations of all public gatherings, it looks like awards season may still be affected long after 2021. According to Variety, on Tuesday, April 27, the Hollywood Foreign Press Associations announced that new changes to Golden Globes eligibility rules will last indefinitely, in order to accommodate the continued closures of movie theaters and cancellations of large public gatherings.

Normally, in order to qualify for a Golden Globe nomination, organizers would need to arrange a Los Angeles screening of the film either before its premiere or within a week of its theatrical release. However, in March, the HFPA announced that through April 30, they were suspending that rule, due to the worldwide closures of movie theaters and screening rules. Now, Variety reports that the HFPA will extend those rule changes indefinitely, as coronavirus-related cancellations and closures appear to be continuing on indefinitely as well.

Under the new rules, distributors who want their film to be considered for the 2021 Golden Globes will need to "contact the HFPA to arrange a screening date on the official HFPA calendar that meets the timing requirements" of the awards show. Distributors must also provide members of the HFPA with a screener copy of their movie on the same date as the screening, so that they will have the option of viewing the movie at home as well.

The extended closures of movie theaters also means that films no longer have to have either a theatrical release or be available "on pay-per-view cable or pay-per-view digital delivery" before December 31 in order to be considered. Going forward, the HFPA will now consider any films that had a theatrical release planned to begin in Los Angeles starting March 15, with no cut-off date. That means that any movie whose release got moved online — like The Hunt — can still be considered eligible for the 2021 awards.

"The HFPA will continue to assess the impact of the COVID-19 pandemic on motion picture distribution and exhibition and may make other temporary variations to those rules as it considers appropriate in the future," the organization said in a statement, meaning that there could potentially be even more rule changes to come.

While no date has yet been announced for the 2021 Golden Globe Awards, the show is scheduled to be hosted by Tina Fey and Amy Poehler, who will take the stage for the first time since 2015. Prior to the epidemic, the ceremony was expected to be held in early January, in order to kick of awards season as it does every year. Even if the show does proceed as normal come 2021, it's clear that the coronavirus pandemic will impact awards season for years going forward, especially if closures continue well into the spring and summer.

If you think you’re showing symptoms of coronavirus, which include fever, shortness of breath, and cough, call your doctor before going to get tested. If you’re anxious about the virus’s spread in your community, visit the CDC or NHS 111 in the UK for up-to-date information and resources, or seek out mental health support. You can find all Bustle’s coverage of coronavirus here, and UK-specific updates on coronavirus here.Monday, April 6th