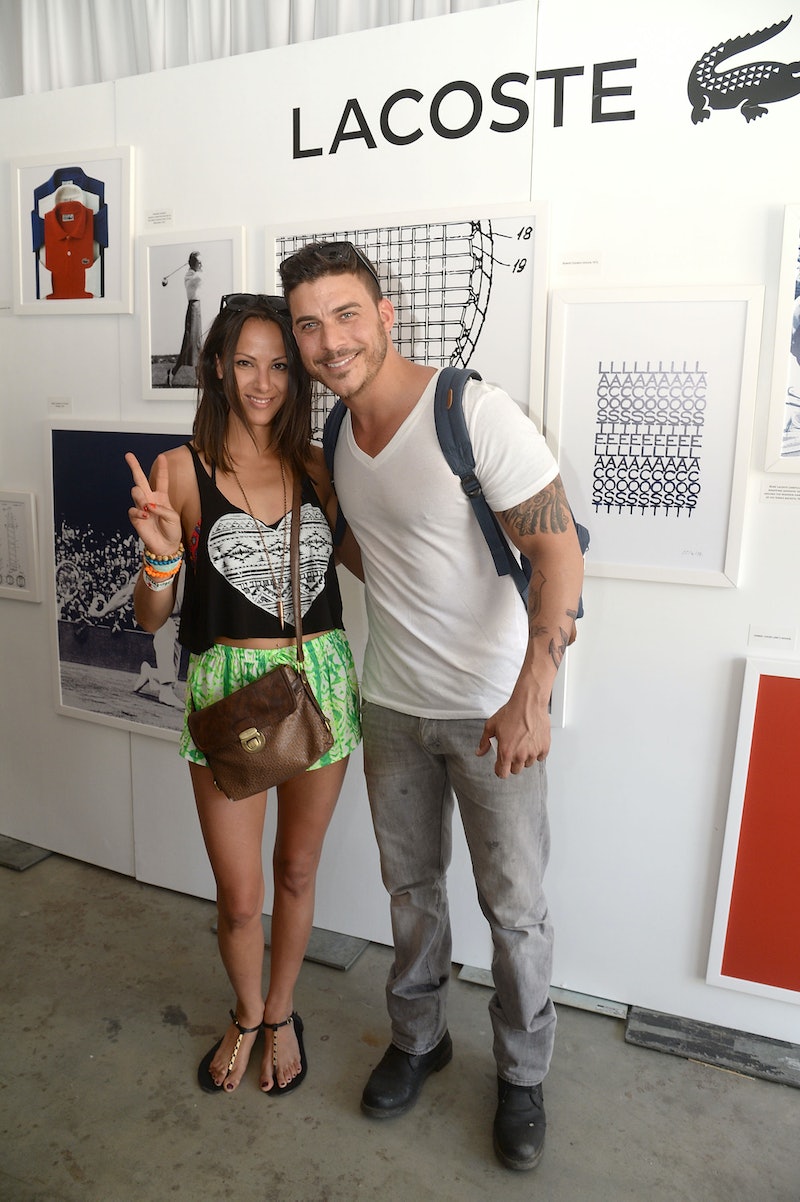 Bustle's I'm So Jealous series is dedicated to the books, TV shows, movies, podcasts, and more that super fans are so jealous someone else gets to experience for the first time. In this installment, Kristie Rohwedder writes about the Jax and Kristen storyline from Vanderpump Rules Season 2.

If I could travel back and time and tell my younger self one thing, I would go back to the latter half of the year 2013. I would grab my younger self's shoulders, stare into my eyes, and tell myself to never take Vanderpump Rules Season 2 for granted. And then I would lower my voice and whisper, "Most importantly, never underestimate the Kristen Doute and Jax Taylor storyline." I would also tell myself to add, like, 25 different products to my skincare regimen, but that is a topic for another day.

This is not so say it all goes downhill for Pump Rules after Season 2; the entire series belongs in the TV Hall of Fame and each season is special in its own right. But wow, is the Kristen and Jax storyline of Season 2 a remarkable work of reality television art. And we all have Lady Triple Bun of Bubba Manor to thank.

When a schnockered Katie Maloney revealed Stassi Schroeder’s ex-boyfriend (Jax) hooked up with one of her best friends (Kristen, who was dating Jax's BFF Tom Sandoval at the time), she didn’t just spill a secret. She essentially set the wheels in motion for one of the most stunning reality television storylines maybe ever. Stassi spent the next several episodes trying to get to the bottom of this story, sending sneaky text messages and plying her targets with booze. Despite Stassi’s best efforts, Kristen and Jax maintained their innocence. It was a Sexy Unique Stalemate.

And just when it seemed like we might get to the end of the season without another iconic Pump Rules revelation (the original being, of course, when Jax admitted to Stassi at the end of Season 1 that he did in fact cheat on her with someone while he was in Las Vegas), it happened. In the final two episodes of the season, the truth came out. And wow, it all came out in the wash. The final two episodes were more delicious than a tub of SUR deep fried goat cheese ball-infused beer cheese.

Lies, betrayal, tears, some text message detective work, a slap, a brawl in the middle of SUR, multiple admissions, a team photo shoot on a rooftop pool, the movie Drive, a Scheana Marie performance — you name it, the Kristen and Jax saga delivers it. The way the whole storyline plays out is almost feels too wild, too shocking, and too cinematic to be real. But it is real.

If you haven’t watched Pump Rules Season 2, first of all, are you ready for a masterpiece? And second, man, do I envy you. Because you get to see this Kristen/Jax/Stassi/Sandoval debacle play out for the first time, and what a unique and wonderful experience it is.

Yes, I suppose I’ve kind of spoiled some of the things that happen, but trust me when I say that you can’t really spoil Season 2 of Pump Rules. It’s one thing to read about it; actually seeing Jax grin like the Chesh-SUR Cat as he wipes blood away from his old nose with a tablecloth at Scheana’s engagement party is an entirely different thing.

If you haven't watched Season 1: No, you don't have to watch Season 1 before you jump into Season 2, but you're only cheating yourself. Just watch Season 1, OK? It's a quick first season, and it really sets the table for the drama feast that is Season 2.

Take a shot every time...: Kristen and Jax tell someone they did not hook up. If you watch the entire season in one sitting, you might want to make those shots of, like, apple juice or something. Because you're going to be taking a lot of shots this season.