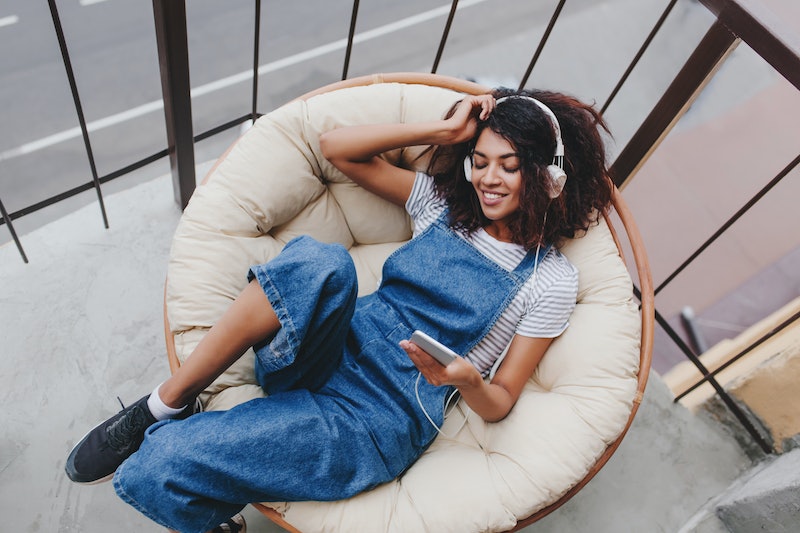 How has the first Mercury retrograde of 2020 been treating you so far? Any missed meetings? iPhone meltdowns? Text message typos and e-mail confusion? Yeah, same here. I have a bit of good news, though: We've officially entered the latter half of the retrograde (which started back on Feb. 16 and ends March 9), meaning we can finally see the light at the end of this cosmically cruel tunnel. Additionally, we may also notice that the energy of the retrograde also feels different during its final week, as Mercury retrograde enters Aquarius on March 4 until it goes direct — and this could actually make for a smoother ride for some zodiac signs.

Up until this point, Mercury has spent the duration of the retrograde in the emotional and feelings-oriented sign of Pisces — which has made for an extra confusing couple weeks. "Mercury was in its fall in Pisces, meaning that Pisces is the least comfortable sign for it to be in, while Aquarius is one of the signs in which mental Mercury can do his job right," says astrologer Narayana Montúfar. "Of course, this sign change from Pisces to Aquarius will be felt differently for each zodiac sign."

Because Mercury naturally functions so much better in Aquarius, the retrograde's funk should feel a little less hazy and more productive. "Although we will still feel the usual retrograde abnormalities when it comes to communication, thoughts and exchanges will become clearer and crisp as we revisit topics and conversations that we began back in late January," Montúfar says.

That said, don't let your retro-guard down just yet — a retrograde is still a retrograde! But if you're one of the signs least affected by the last week of Mercury retrograde this time around, consider yourself lucky, cause you might be getting off the hook just a little bit early.

The retrograde burden has felt heavy on your soul, Aries — but you're finally enjoying some clarity now, and focus some of your energy outward. "Mercury retrograde leaving your twelfth house of secrets will feel like a huge relief," Montúfar says. "As this energy shifts from your career to your friendship sector, it’s time to clear up any misunderstandings so that good feelings remain all around. And of course, now you know who your real friends are."

Mercury is your ruling planet, which has made this retrograde feel especially hectic, Gemini — but thankfully, this final week serves as an opportunity to clean up some of the mess. "It’s been an intense ride for you, but as Mercury switches signs, things begin to clear up, making this the best week to focus on the details and iron out any wrinkles just to make sure they don’t come back to haunt you," Montúfar says. "Once Mercury re-enters Pisces on the 16th, everything will start falling into place — and making much more sense."

This retrograde trudged up some major emotional stuff and ravaged through life's little details, didn't it Libra? Thankfully, there are silver linings to even the worst of the retrograde's antics. "Typos in emails, lost keys, whatever those annoyances were, they are actually morphing into something fun," Montúfar says. "If you have been considering starting a new project, this is your week — as Mercury lends you a rare type of creativity that you do not want to miss."

You're not one to let yourself get carried away in nostalgia and emotions, Sag — but this retrograde really put you in your feels. Thankfully, this final week offers you the chance to rectify any disastrous dramas or debacles, so long as you stay patient. "You must be tired of having and being surrounded by so many feelings," Montúfar says. "While misunderstandings begin to clear up with either your family or roommates, remaining diplomatic will be key in order to calm any ruffled feathers or fix entangled situations."