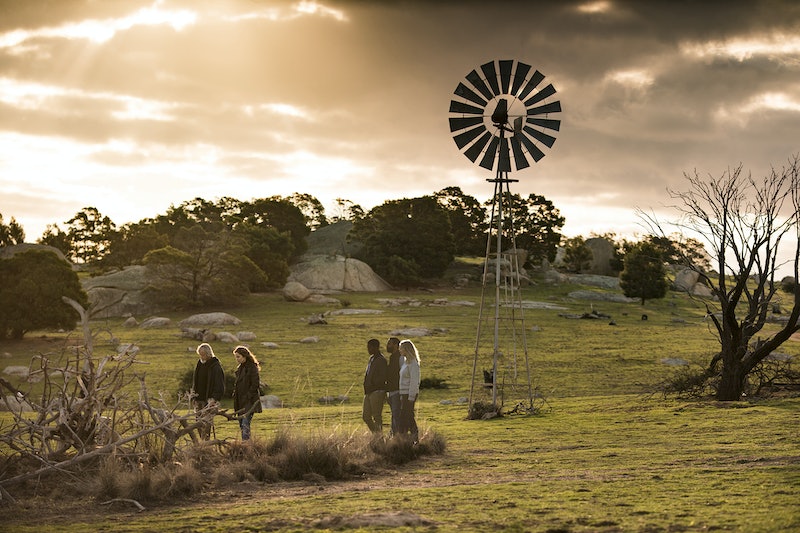 Series finales in general are a thankless task — and the series finale of The Leftovers probably has it harder than just about any show in television history. The last episode of any series has the unenviable job of completing character arcs in a satisfying manner, answering lingering questions or mysteries with finality, and bringing the plot to a conclusion that rewards the hours of investment put into the show by its audience. It's this latter point that sets ongoing television programs apart from other media: when people literally spend years consuming your product, they're going to want a final episode that lives up to their expectations. So will The Leftovers have a satisfying ending?

The Leftovers co-creator Damon Lindelof is no stranger to these massive expectations or the high stakes inherent in a series finale. Subjective discussion of its quality aside, the last episode of his previous series Lost proved so divisive that it's become a frequent talking point whenever any show approaches its endgame. But this is the first time Lindelof himself has produced a series finale since that one aired seven years ago. How will fans react this time? It's impossible to predict, but the cast and crew of The Leftovers have some theories they were willing to share with Bustle.

"There's no telling how fans will react, ever. There's no pleasing everyone," Coon tells Bustle, sounding as pragmatic as the character she plays onscreen. "Personally, I found the finale very satisfying because I respected Damon's decision to go very personal. It feels fundamental to me. It's about relationships, it's about love, it's about how we make meaning between us."

However, the actor also cautions viewers not to expect too many answers: "Of course, the question of why we're here, or what happens when we die, is not something Damon Lindelof can answer." Regardless of whether fans are satisfied or frustrated by this ambiguity, Coon can't wait to hear the discussions that take place after everyone has seen the finale.

"I’m looking forward to the conversations following the airing of that episode because I don't mind if people have a complicated response to it. What I want is for fans of the show to be engaged with the material in such a way that they feel it's worth talking about. There's no question in my mind that The Leftovers is inspiring people to ask questions of themselves," Coon says. "So the reception to the finale will say as much about the times we're living in as it does about Damon as it does about you as it does about us making it."

Carroll also has a response befitting his character, the level-headed John Murphy. "I don't know," Carroll admits. "I think the ending will be enough for some fans and won't be enough for others. I hope that if there's any sadness, that it's because the show's ended. And if there's any frustration, it's because we won't be continuing." I'm sure most fans would agree with that sentiment.

After working on The Leftovers for two years, Adepo is almost immune to the crazy zigzags Lindelof comes up with. "Being involved in this show the last two seasons, you're not really surprised at the drastic turns these characters take, because that's just what the show is made of," he claims. That said, he also thinks the fans will have a bit more of a mixed reaction

"I think it's gonna be a healthy combination of satisfaction, emotion, and confusion. I think that that's something the creative minds behind The Leftovers have always prided themselves on — creating content that's unique and interesting and requires that the audience thinks outside of the box and really approaches watching the show with an open mind."

Zylka, whose character hasn't been seen on the show since many of the characters migrated to Australia, is as in the dark as the rest of the viewers. "To be honest with you, I didn't read the final script because I'm such a huge fan of the show that I want to watch it on TV," he admits. But even someone who has worked on the show is allowed to have his own expectations for the finale… and Zylka insists he's fine with ambiguity.

"I think every great story ends with giving faith that their audience is still going to ask questions. When you go into a movie and everything's resolved and you have no questions to ask yourself afterwards, is it really a great movie, or a great TV show?" Good question.

As someone who had a hand in crafting the final episode, Lindelof's co-creator Perrotta (who also authored the 2011 novel the show is based on) says that "one of the things that we wanted most was for it to be emotionally satisfying."

But he didn't want the finale of such a strange show to only appeal to the heart. "For those people who've been watching the show in a more intellectual way and are really interested in some kind of overarching explanation for what they've been watching," Perrotta teases that he and Lindelof may still have one final "trick up our sleeve." That being said, the writer cautions, "Nothing about The Leftovers would suggest that there's a definitive answer to the biggest questions."

So don't watch the June 4 finale expecting any other solution that would spoil the show's expert blend of ambiguity and spiritualism. But if you go in with an open mind — and an open heart — you just might find some of the answers you're looking for.