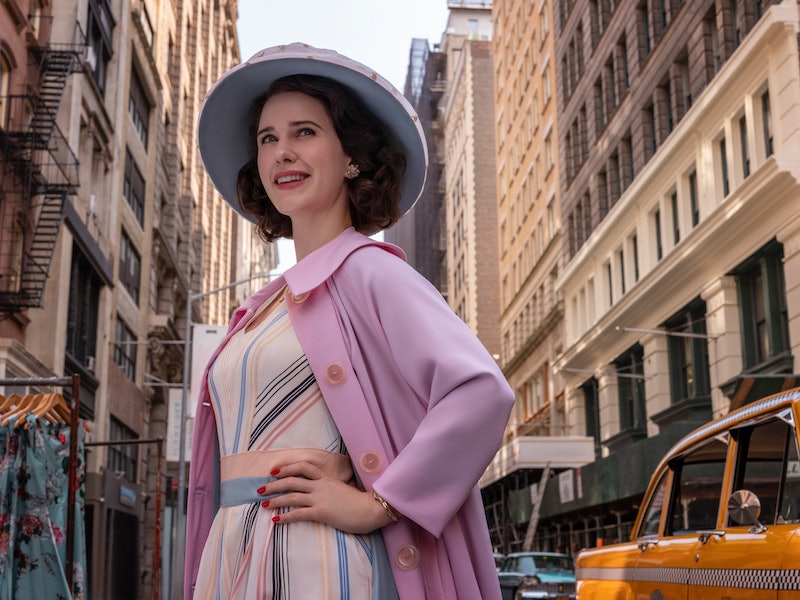 Less than a week after premiering the third season, Amazon already renewed The Marvelous Mrs. Maisel for Season 4. "It's time for an encore," the network captioned a Thursday, Dec. 12 Instagram post announcing the news. Series creator Amy Sherman-Palladino and fellow EP Daniel Palladino added in a statement via The Hollywood Reporter they were thrilled to hear that, for the fourth time, they "do not have to pack up and vacate the premises." The spouses also thanked Amazon "for all their faith and support, their partnership and enthusiasm, and for letting us hang with our favorite people, the cast and crew of Maisel, for a little while longer."

Noting that Season 3's Dec. 6 premiere began what became Maisel's "most watched opening weekend ever" in a statement via TVLine, Amazon Studios' head Jennifer Salke called the show a "worldwide phenomenon." She added that the company is "so happy that our Prime Video customers will get to see Midge’s (Rachel Brosnahan) story continue in Season 4." As TVLine noted, production is slated to begin in spring 2020.

Sherman-Palladino told TV Line ahead of Maisel's Season 3 premiere that she already knows how she wants Midge's story to end on the show — but not exactly when that might happen. "We don’t know how many more seasons it will take to get there, but we know when the journey is over," Sherman-Palladino revealed.

Although Maisel's eventual series finale date remains a mystery, Sherman-Palladino did tell THR in November 2017 that it would likely take "four to five seasons" to wrap everything up. That, of course, is subject to change, as was the case with one of her previous series: Gilmore Girls. In the same TVLine interview, she explained that they knew how many years they wanted to finish Gilmore Girls in, but "it didn't work out" as she hoped.

News of the Amazon original series' Season 4 renewal comes on the heels of a new batch of nominations heading into 2020. Maisel is up for two Golden Globe Awards, including a Best Actress nod for Brosnahan. The actor is also nominated in the same category for both the Critics' Choice Television Awards and Screen Actors Guild Awards, alongside costar Alex Borstein for her supporting role as Midge's lovably brash manager Susie Myerson. The comedy itself, which is up for awards at all three shows, has already won an Emmy, three Golden Globes, five Critics' Choice Awards, two PGA awards, a WGA prize and a Peabody.

More like this
Netflix Shut Down 'Bridgerton' S3 Rumours About A “Very Dark” Storyline
By Bustle
'The Last Of Us' Has Officially Been Renewed For Season 2
By Darshita Goyal
The 'New Amsterdam' Series Finale Opens An “Unexpected” Door To The Future
By Brad Witter
Everything To Know About 'Cobra Kai' Season 6
By Brad Witter
Get Even More From Bustle — Sign Up For The Newsletter
From hair trends to relationship advice, our daily newsletter has everything you need to sound like a person who’s on TikTok, even if you aren’t.