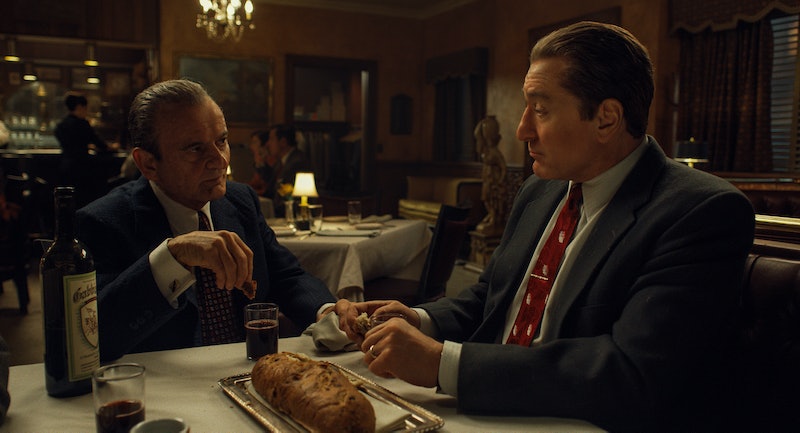 Ever since Netflix started producing its own content several years ago, the company has been on a quest for legitimacy among the Hollywood kingmakers. So far, a Best Picture Oscar win has eluded the streaming service, despite its best efforts. And while Roma came close last year, netting the streaming platform's first Best Picture nomination and winning the Oscar for Best Director, Netflix's best chance yet for a Best Picture win is tucked in among the new movies and shows on Netflix this week. It's called The Irishman, and it's kind of a big deal.

The movie is the latest from Martin Scorsese, the Oscar-winning director behind several all-time great films like Goodfellas, Raging Bull, and The Departed. The film, like many Scorsese pictures, is a mafia tale, and it brings together for the first time the three greatest actors of the genre: Robert De Niro, Al Pacino, and Joe Pesci. If there were a Mount Rushmore for gangster movie icons, Scorsese, De Niro, Pacino, and Pesci would likely be on it. The film is based on the real life story of mafia hitman Frank "The Irishman" Sheeran (De Niro), who worked for crime boss Russell Bufalino (Pesci) and claimed to have murdered notorious labor leader Jimmy Hoffa (Pacino). The film spans decades, and uses state-of-the-art tech to digitally de-age the actors in what is Scorsese's most ambitious film yet.

Exciting as The Irishman is, however, it's not the only new addition to Netflix this week. Take a look at the list below for the best of the rest.

More like this
Here’s Everything Coming To & Leaving Netflix In July
By Grace Wehniainen
What’s New On Netflix: The Return Of 'The Umbrella Academy'
By Arya Roshanian
What’s New On Netflix: J.Lo’s Documentary & A Melissa McCarthy Series
By Arya Roshanian
12 Documentaries & Films About Cults From Netflix UK To Hook You From Start To Finish
By Kay Leong
Get Even More From Bustle — Sign Up For The Newsletter