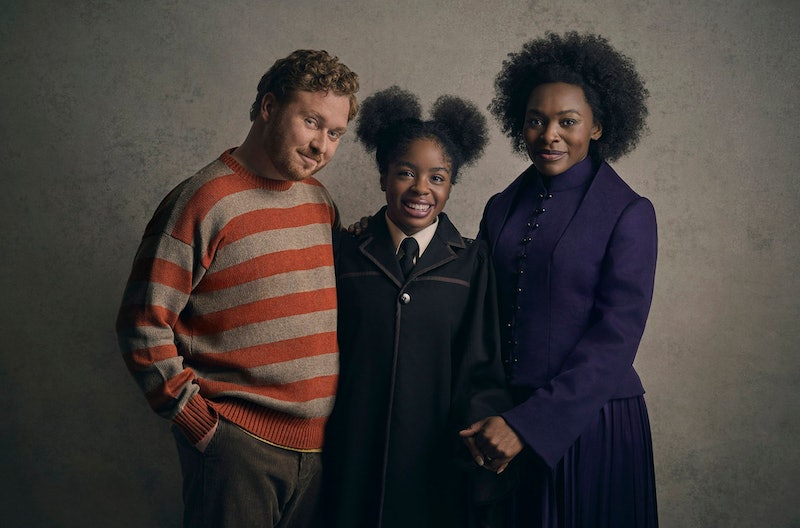 A whole new team of actors just got their Hogwarts letters and are heading to King's Cross station: The new cast photos of Cursed Child have been released.

From May 24 onward, there'll be a new cast in town at the Palace Theatre. Ever since we got our first look at the original Cursed Child cast photos in May last year, it's been impossible to imagine anybody else in the roles — but I'm already so sold on these new actors.

Last time around, the first cast photos sparked a flurry of rumors about the Cursed Child plot. This time round, most of us have already devoured the script — if not actually made the trip to the theater — but it's still exciting to wonder how the new actors will reinterpret the roles. Does Jamie Glover look a little more serious in his role as Harry Potter than his predecessor Jamie Parker did? Is Emma Merrells' smile hiding something new we don't know about Ginny? Each and every one of these actors looks instantly perfect for the part.

Of course, the most important characters in The Cursed Child are Albus and Scorpius — and I'm happy to confirm, they look just right. But don't take my word for it: check out the pictures right here.

There's also a behind-the-scenes video that will melt your Muggle heart, showing quite how excited the actors are about this new huge challenge in their career. The highlight of the video is watching Albus and Scorpius bond over how "surreal" and "incredible" the whole experience is.

The magic of Harry Potter really will last forever, and I can't wait to see how this new cast brings the story to life all over again.