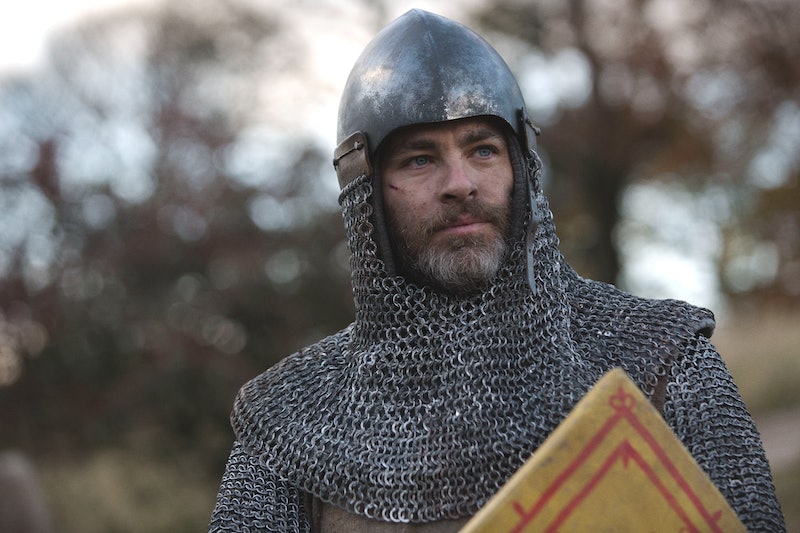 With daylight saving time having ended, there's no denying that we're in the thick of autumn. Halloween has passed, many pumpkin spice lattes have been drunk, and sweater season is in full swing. This all adds up to the perfect environment for cuddling up on one's couch and binging the best of what Netflix has to offer. And when it comes to the new movies and shows on Netflix this week, there's little debate over what the site's most exciting new offering is, and that's the movie Outlaw King.

The new film is one of Netflix's most ambitious original productions yet, and it certainly wouldn't be out of place at your local cinema. The movie comes from one of the industry's hottest directors, Hell or High Water's David Mackenzie; it stars one of Hollywood's brightest in Chris Pine; and it boasts a blockbuster sized budget of $120 million, according to The Daily Record. The movie is an historical epic about Robert the Bruce, the legendary early 14th century King of Scots who led Scotland against England in the First War of Scottish Independence. The movie is loaded with action, drama, and romance, all against the historical backdrop of Medieval Britain. In other words, it's perfect for fall binging.

But Outlaw King isn't all Netflix is streaming this week, so check out the list below for the rest of the network's new offerings.