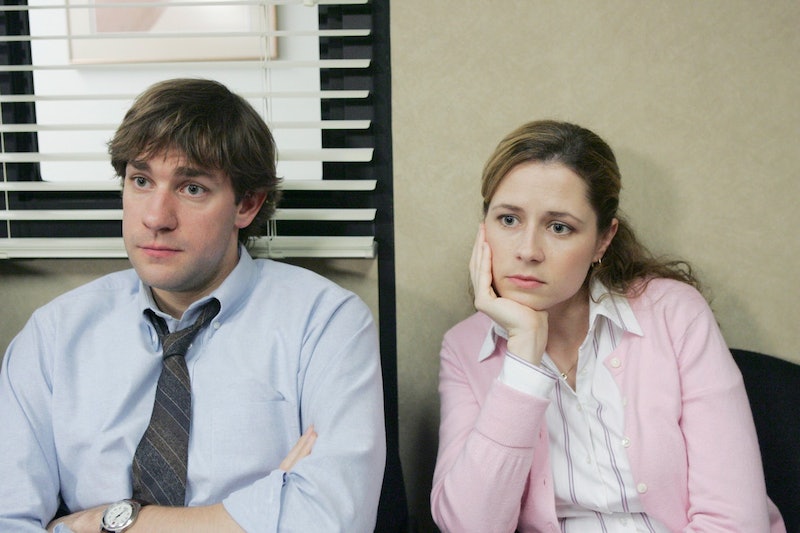 Reboots and revivals have been all the rage in Hollywood for the past few years, so naturally, Office fans have been clamoring to return to Dunder-Mifflin for quite some time. However, in a recent interview with The Hollywood Reporter, Greg Daniels, the Office's creator, said it's "unrealistic" to expect the cast would reunite for a revival, due to the fact that many of the people who starred on the show have gone on to enjoy massive success.

"I loved doing The Office more than anything. And if we were going to revisit it, I would want to do it," Daniels said on the April 24 episode of the outlet's podcast, TV's Top 5. However, he did admit that there is one major issue that stands in the way of possibly bring everyone back together: scheduling. "I think people were assuming that an Office reboot would [involve] ... getting the entire cast back together and just continuing where we left off," Daniels said, later adding, "We're probably not going to get every single character back, they're all doing all this cool things."

And while it would be possible to do some kind of reunion or reboot with just some of the show's iconic characters, Daniels thinks it wouldn't be fair to fans who want new Office episodes so badly. "I don't think people's expectations of getting back in the saddle and doing more episodes of the same show was going to be realistic," he explained.

Daniels also added that he thinks the ninth season of The Office wrapped up everyone's stories neatly, with many of the characters leaving Dunder-Mifflin and even Scranton as a whole, in order to pursue their dreams. "I went back to run the show in season nine after discussing it with the main cast and part of our idea was, we were going to wrap it up," Daniels told THR. "We were going to write towards a finale and have an ending, so a lot of the characters left the office."

He continued, "We went forward by a year, we found out where everybody was. There was something that felt like we actually wrapped up the storylines, we didn't leave it hanging." Still, it is possible that Daniels will one day get the band back together — even if it does have to take place outside of the show's titular office. "People seem so into the show still," Daniels said. "At some point, maybe, it's unfair to be a priss and not give them what they want."

The Office cast themselves have also had mixed responses to the idea of a potential reboot; in October 2018, Steve Carell told Esquire that he thinks it would be "impossible" to revive the show "and have people accept it" in the #MeToo era. He continued, "the whole idea of that character, Michael Scott, so much of it was predicated on inappropriate behavior. ... A lot of what is depicted on that show is completely wrong-minded. That’s the point, you know? But I just don’t know how that would fly now."

However, his former costar, John Krasinski — who has stated multiple times that he'd "love to do an Office reunion" — might have a solution that pleases both Daniels and Carell. "The original British show, the best thing was they had a Christmas episode — it was a one-off. I would love to do that," he told TheWrap in March 2018. Hopefully that, along with the continued fan pressure, will be enough to bring the Dunder-Mifflin crew back together, even just for one night in Chili's.