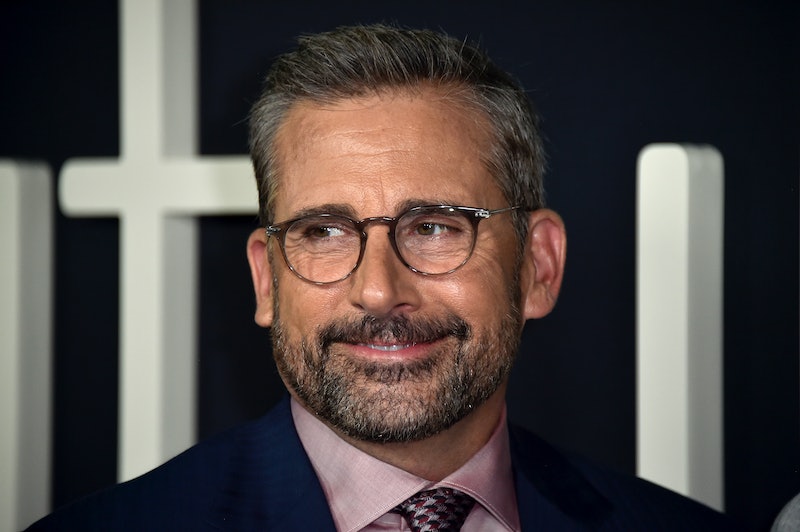 Michael Scott declares no more Office. Steve Carell doesn't think there should be an Office reboot because he's concerned the show's humor might not go over as well now as it once did. In an interview with Esquire, Carell said he thinks The Office is possibly too offensive for the current #MeToo era.

In the interview, Carell admitted that he gets asked a lot about The Office, especially from those who are just now watching it for the first time — five years after it went off the air and seven years after he officially left the show. “Because The Office is on Netflix and replaying, a lot more people have seen it recently,” Carell told Esquire. “And I think because of that there’s been a resurgence in interest in the show, and talk about bringing it back. But apart from the fact that I just don’t think that’s a good idea," he continued, "it might be impossible to do that show today and have people accept it the way it was accepted ten years ago."

A decade ago things were very different, especially in comedy, something Carell is very aware of. "The climate’s different," he said. "I mean, the whole idea of that character, Michael Scott, so much of it was predicated on inappropriate behavior. I mean, he’s certainly not a model boss. A lot of what is depicted on that show is completely wrong-minded. That’s the point, you know? But I just don’t know how that would fly now."

It's true that The Office's humor relies on one's discomfort with Michael Scott's actions, which are often inexplicably sexist, racist, and so many other unacceptable -ists. Michael is certainly not woke — just watch the Season 1 episode "Diversity Day" for proof — and his workplace abuses might be a little too real in a time where women are saying Time's Up to powerful men who are getting away with whatever they want at the office. Specifically, powerful men who make their workers feel uncomfortable, which Michael does time and time again.

"There’s a very high awareness of offensive things today—which is good, for sure," Carell said in his Esquire interview. "But at the same time, when you take a character like that too literally, it doesn’t really work.” In other words, the show relies on viewers understanding that this man's actions are not OK and that a lot of what Michael says would get him fired.

Over the course of seven seasons, The Office was able to develop Michael beyond his offensive jokes, portraying him as a sweet and sympathetic character, one who is harmless and is therefore rarely reprimanded for what he does. And while audiences were willing to accept that in the late 2000s, audiences of 2018 might have a harder time watching Michael Scott get a pass for his bad behavior.

As Carell contemplates that question, the creators are reportedly working on an Office revival that will include some of its original stars. Though the show hasn't been confirmed publicly by NBC, it's unlikely one of those stars will be Carell, who has time and time again come out against a reboot.

Last week, Carell told Time he's done playing Michael Scott. “I’ve never thought of it as a good idea,” he said of the possibility of a reboot. “I think it existed in that time and with those people and it felt right. There was something so special about it, and I guess it’s an odd way to put it, but I love it too much to ever want to do it again. It’s too special to me in my heart in that period of time.”

Other former Office stars, however, have expressed enthusiasm at the idea. Jenna Fischer told The Hollywood Reporter that she still loves Pam and would be "honored to come back in any way that I am able to." Creed Bratton also said he'd be a part of the revival, if it happens, but had a few concerns. "How would you do it?" he said in an interview with Bustle. "You talk about iconic. It’s one of these things that’s become integrated in the consciousness. 'That’s what she said' is a catch phrase now."

John Krasinski has also hinted that he would be interested in appearing in the revival, even pitching an idea for The Office reboot that would take it back to its British roots and maybe bring it into 2018. He told The Wrap back in March:

"The original British show, the best thing was they had a Christmas episode — it was a one-off. I would love to do that. I think it would be a sort of 'Where Are They Now' kind of thing. That would be really fun...We need it. I'd totally be down if everyone else is too."

While Carell doesn't want to see an Office reboot, there's a chance some of his concerns could be addressed in a new version of the show made in a post-#MeToo era. Perhaps, Michael Scott was right, there is such thing as good grief, just like Charlie Brown said.

More like this
Courteney Cox Recreated An Iconic 'Friends' Scene To Surprise Fans
By El Hunt
How The Thanksgiving Episode Of 'Gossip Girl' Changed Pop Culture History
By Gabrielle Bondi
The 'Kenan & Kel' Reunion On 'SNL' Took A Dramatic Turn, Thanks To Keke Palmer
By Brad Witter
The First Trailer For 'That '90s Show' Includes So Many Nods To The Original Series
By Jack Irvin, Alyssa Lapid and Grace Wehniainen
Get Even More From Bustle — Sign Up For The Newsletter