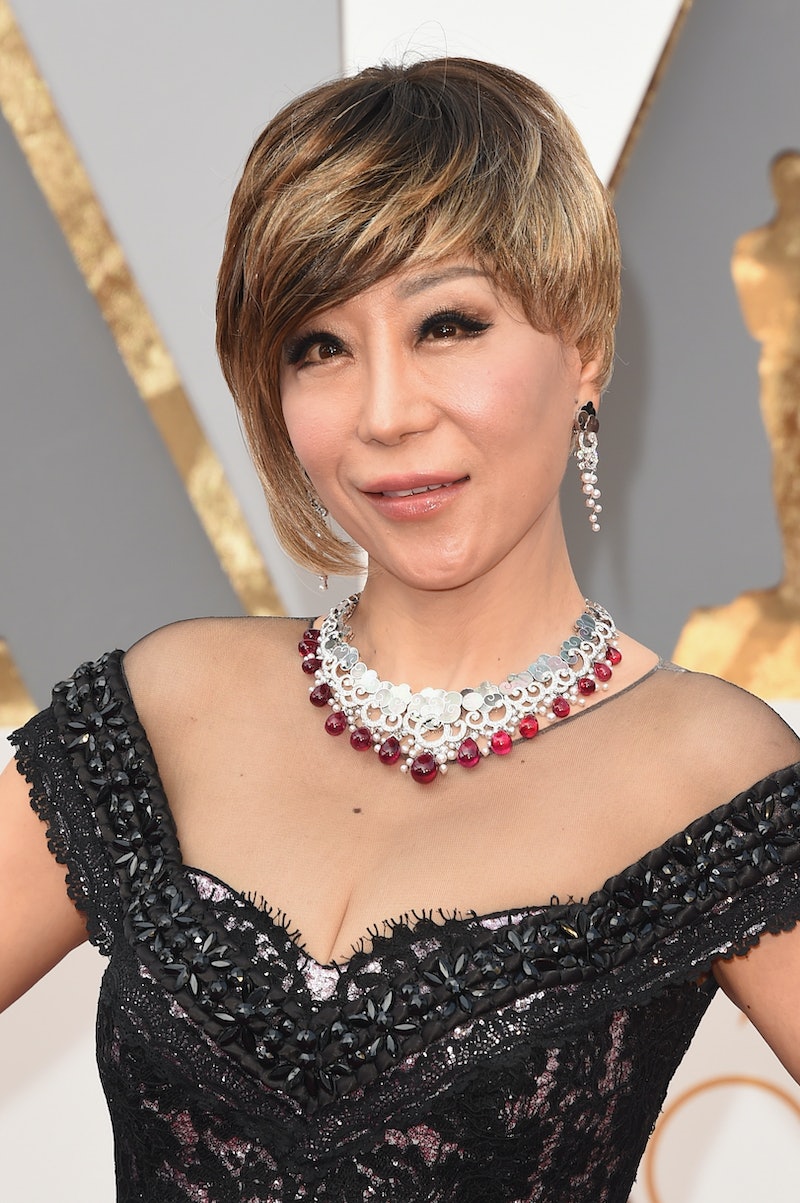 The fact that the Olympics has to end is tragic enough for a someone to write an entire opera about the feelings of loss and despair that will follow. Fittingly, the 2018 Olympics closing ceremony will feature opera singer Sumi Jo. She's the perfect person to perform on Feb. 25, because Jo is used to representing South Korea in her performances around the world. She also meets the unofficial closing ceremony performer requirement of being able to rouse anyone to tears, which you'll probably want to do when you realize that your life will majorly lack Tara Lipinski and Johnny Weir once the ceremony ends.

The singer has had a while to prepare for the big show, as in May 2017, the Korea Herald announced that Jo would be an honorary ambassador for the PyeongChang Games. According to the news outlet, Jo had expressed her desire to take part in the Olympics, saying, "I'd like to deliver a message of peace through the PyeongChang Olympics." She continued, "If I ever get invited, I'd love to perform in the traditional white dress." If she does, Jo will likely stand out among all the athletes, who will probably be as bundled up as they were during the PyeongChang Olympics' opening ceremony. You already know that the U.S. will be bundled up at least, as the Ralph Lauren-designed outfit have already been revealed on the designer's website. Hint: It involves a puffy jacket and a hat, so Jo's white dress will undoubtedly catch your eye.

As mentioned before, Jo is used to representing Korea around the world during her performances. According to the official Olympics site, the opera singer grew up in South Korea before moving to Italy to study music in Rome. According to the Olympics website, Jo has performed with world-class operas and orchestras, like the Los Angeles Philharmonic, the London Philharmonic Orchestra, and more. It sounds like she has an impressive résumé, but what else would you expect from the final celebration of the worldwide event that challenges the best athletes from every country? It's definitely an opportunity to showcase each country's most talented stars, which then raises the question, why isn't Beyoncé there performing?

Not only that, but Sumi Jo was nominated for an Oscar in 2016 for Best Original Song for “Simple Song #3” with David Lang from the movie Youth. However, she made headlines at the time, because unfortunately she was one of two Best Original Song nominees, who didn't get to perform at the ceremony. She told Variety, "I must tell you the truth I’m quite disappointed. For me it was very important for me to perform in front of everybody but ya know… it’s very sad."

Interestingly enough, Jo's worldwide renown also led her to becoming somewhat embroiled in international diplomacy. A 2017 New York Times article, which called Jo "one of the most sought-after Korean sopranos in the world," reported the singer's shows in China were canceled due to political tensions. The Times explained that the performances' cancellations followed a chain of K-pop shows being canceled in China as well. Luckily, both Jo and plenty of K-pop performances are scheduled to take place at the Sunday ceremony — as long as any political tensions surrounding the closing ceremony don't get in the way of Jo's scheduled performance yet again.

Even though those mourning the end of the Olympics will need the soprano's operatic medley, the close of the PyeongChang Games won't be a total tear-jerker of an event, thanks to the K-pop groups scheduled to perform. According to the website All K-pop, the popular groups EXO and CL will also perform on Sunday. It will definitely be an exciting night for South Korea to show of the country's talented stars, and for the entire world to get their final glimpses of Weir and Lipinksi's amazing fashion choices.