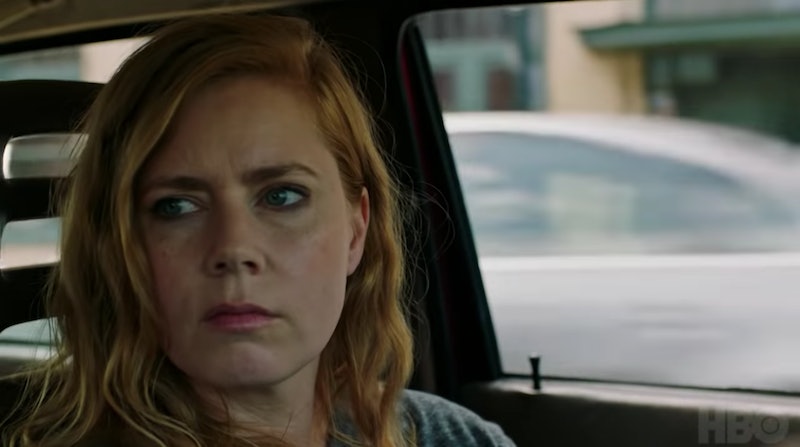 While many continue to wait patiently for the return of Big Little Lies Season 2, there appears to be a new miniseries that could help to fill some of the void for your need of a crime mystery series. With its twisty plot line and seemingly deep-rooted family issues, the Sharp Objects trailer shows that the new series could prove to become the HBO thriller you never knew you needed. The series is based on the novel by Gillian Flynn and it follows the story of Chicago-based reporter, Camille Preaker, played by Amy Adams, who reunites with her estranged family while investigating the murders of two preteen girls. And while it features some of the feel of BLL due to its aesthetics female-led landscape, the chilling details in Sharp Objects' trailer appear to convey a much deeper and darker premise than that of BLL.

A bit of a departure from the lofty Real Housewives-esque Monterey, California lifestyles of the women of Big Little Lies, the Sharp Objects backdrop is set in Camille's hometown of Wind Gap, Missouri. Throughout the premise, the investigator is plagued with long-standing mental-health issues that have caused her to inflict self-harm by cutting words into her skin. Upon returning to her family home, she must also face her own demons while dealing with the strained relationships with her mother and sister, an issue which she seemingly hasn't had to confront for years.

As for other similarities that it shares with BLL, Objects is also adaptation of a bestselling novel and directed by Jean-Marc Vallée, who will also serve as executive producer on this latest project.

Also on board for Sharp Objects is Marti Noxon, who has served as executive producer on series such as Dietland, Buffy the Vampire Slayer and UnREAL and producer Jason Blum, who also lent his talents to Get Out.

The eight-part Sharp Objects series, which The Hollywood Reporter reveals is based on Flynn’s 2006 novel of the same name, seems to even have a much more horrific and terrifying narrative than that of her previously adapted novel, Gone Girl, which became a film which starred Rosamund Pike and Ben Affleck.

In her interview, Sweeney revealed that Flynn was on set a few times and was very "hands on" with the project. She added that, "Jean-Marc pretty much took over on set and used his creative, incredible mind." Careful not to give too much away about her storyline, Sweeney also told Harper Bazaar:

"Alice cuts herself so that's where Amy's character and my character start to bond over the shared experience. She becomes very close to Camille and they form a mother/daughter/sister type relationship, and it affects Camille's character very strongly ... I can't say positively or negatively... Or much more than that."

Due to the sensitive nature of her character's issues, Sweeney that some of the scenes were very taxing to film. Although she said that Adams and the crew helped her to feel "safe." Describing Adams as an "inspiring role model" to HB, she went on to tell the outlet:

"It was very heavy, the research I put into it. I would find videos of girls talking about it and I went to hospitals where there were patients that self-harmed. It was dark going there. But being surrounded by amazing crew that we had, it was easy to come out of it and go into a safe environment."

While Sharp Objects is due to premiere on July 8, its adaptation has been in the works for years now, with Amy Adams signing on to the project in February 2016. The Mindy Project's Chris Messina was casted as Detective Richard Willis, a detective also interested in the case in March 2017.

Although Sharp Objects has drawn comparisons to Big Little Lies for many apparent reasons, fans should prepare for this newest HBO miniseries adventure to be more shocking than ever before.